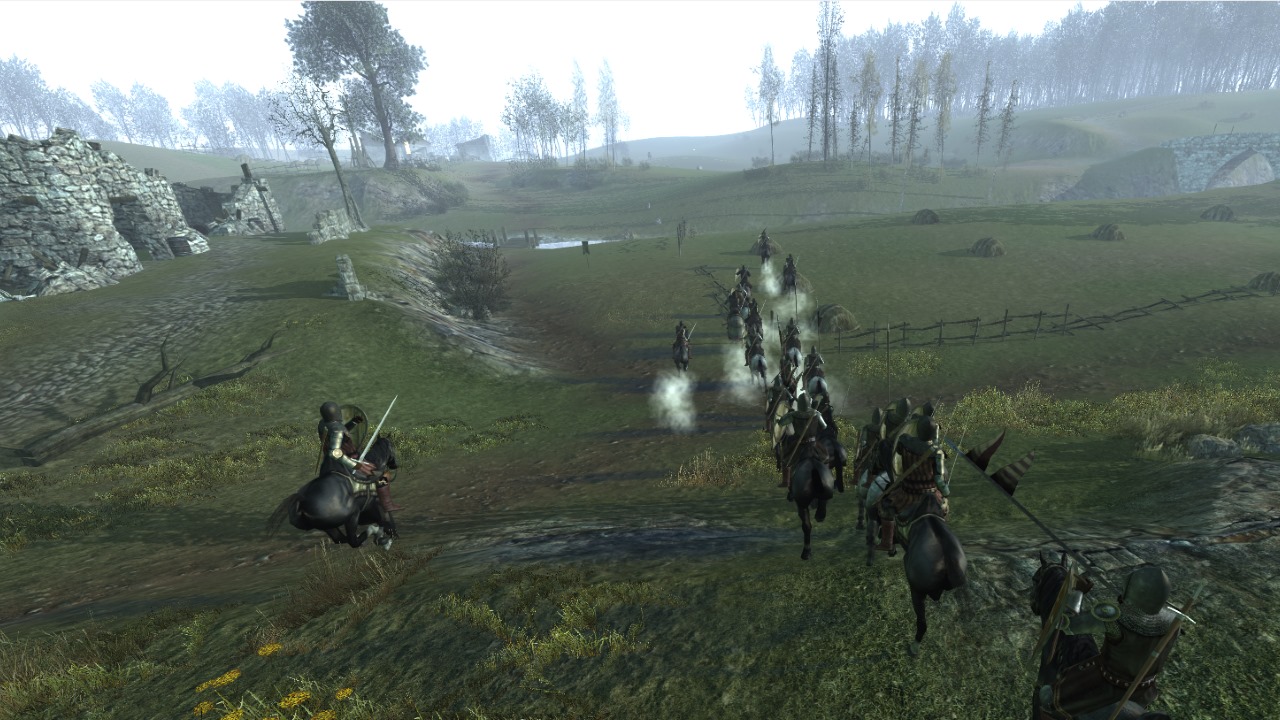 Quit Yer Bitchin’ And Make Your Own Ending

Rock, Paper, SHOTGUN is featuring two extremely ambitious mods for Mount & Blade Warband which drop you into Westeros, A Clash Of Kings and A World Of Ice & Fire.  The first, A Clash Of Kings, is heavy on lore and gives you the opportunity to read a lot about the world and what is going on in it.  It focuses more on the human aspects of the wars, leaving out the dragons and white walkers, which may make it a bit more accessible to those not very familiar with the Mount & Blade system.  You are able to influence events in the world, so expect to see some differences from the outcomes which are familiar to you.

A World Of Ice & Fire on the other hand dumps you right into the events of the first book/season, and you have about two years before the white walkers and the Night King show up to ruin your days.  You are immediately given a task to return to Winterfell from Kings Landing, and as you might expect you will immediately be high on the Lannister’s hit list.  This mod also includes wounds, which will reduce your stats and could well become permanent if you can’t get a Maester or surgeon to fix you up.

Grab links for both mods over at Rock, Paper, SHOTGUN.

Head up past The Wall and you’ll be able to sign up with the ever-horrible Mance Rayder. If a warmer climate is more your style, you can head across the sea and towards the Free Cities. If you feel like getting involved in scripted story quests, you can seek out Danaerys Targaryen, Varys and other members of her crew.