MSI’s new Max motherboards pack A320, B450, and X470 chipsets along with a larger 32 MB BIOS chip with improved Ryzen CPU support

MSI is launching a new line of socket AM4 “Max” motherboards using the AMD A320, B450, and X470 chipsets that are essentially refreshes of existing motherboards with the most notable change being a larger 256 Mb (32 MB) SPI Flash ROM chip and support for AMD Ryzen 3000 series processors out of the box. Currently, MSI has 10 Max motherboards planned with the matte black clad boards with new Max branding supporting MSI’s ClickBIOS 5 EUFI as well as all current AMD processors including older Bristol Ridge and Raven Ridge APUs along with first, second, and third generation Ryzen CPUs out of the box without needing a BIOS update first (save, perhaps, for the 3950X).

These new boards are MSI’s way of maintaining AMD processor support through the life of the AM4 socket without the compromises the company has had to make on the existing non-Max motherboards. Existing motherboards with 16 MB or smaller BIOS chips do have BIOS updates available to support the latest AMD processors and AGESA updates, however in order to deliver the latest AGESA code and CPU support, MSI had to compromise and replace the GUI-focused ClickBIOS 5 with a pared-down GSE-Lite EUFI BIOS interface as well as remove support for older AMD processors in order to make room on the smaller BIOS chips for the newer stuff.

Notably, MSI’s Max motherboards are not targeted at users of existing older chipset motherboards. Rather, MSI’s refreshed Max motherboards are targeted at buyers looking to buy new motherboards but without the extra features and costs associated with AMD’s newest X570 chipset. Enthusiasts with existing boards or looking to buy used would almost certainly be better off updating the BIOS to add Ryzen 3000 support before upgrading the CPU for the former situation or borrowing an older chip from a friend or taking advantage of AMD’s upgrade kit loaner CPU program for the latter situation of buying just an older motherboard without an existing CPU on hand to flash a newer BIOS with. The refreshed Max models with out of the box support for Ryzen 3000 are a good option for buying a budget motherboard for a new build and avoiding BIOS hassles, assuming the price is right of course.

Speaking of pricing, MSI has not announced official pricing or release dates for the Max motherboards, and they are not available for purchase at time of publication. Hopefully the refreshed boards will simply replace the older non-Max versions at their current price points while the older boards get discounted and sell out and go on sale for those willing or able to deal with getting Ryzen 3000 support on their own.

It is unfortunate that BIOS limitations have led to motherboard manufacturers not being able to support the full line of AMD AM4 processors and/or cutting corners and removing features in order to enable full support, and it is easy to say in hindsight that motherboards should have featured larger BIOS chips from the beginning of the AM4 socket which AMD promised to support until 2020. A trade-in program or old-school BIOS chip swap would have also been welcome options if the former was not feasible at the time, but at least refreshed models are something and having more options are a good thing. While it may be a bit late to overhaul things for AM4 with the recently launched Zen 2 CPUs being the last or second to last processors aimed at this socket, hopefully things will go much smoother with AM5 with regards to long term support especially closer to end of life.

What are your thoughts on MSI’s refreshed Max motherboard versions? 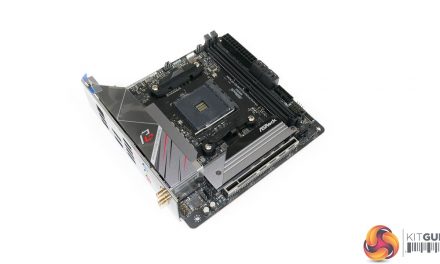