NVIDIA’s RTX 2080 Super; The Performance You Expect At A Nice New Price 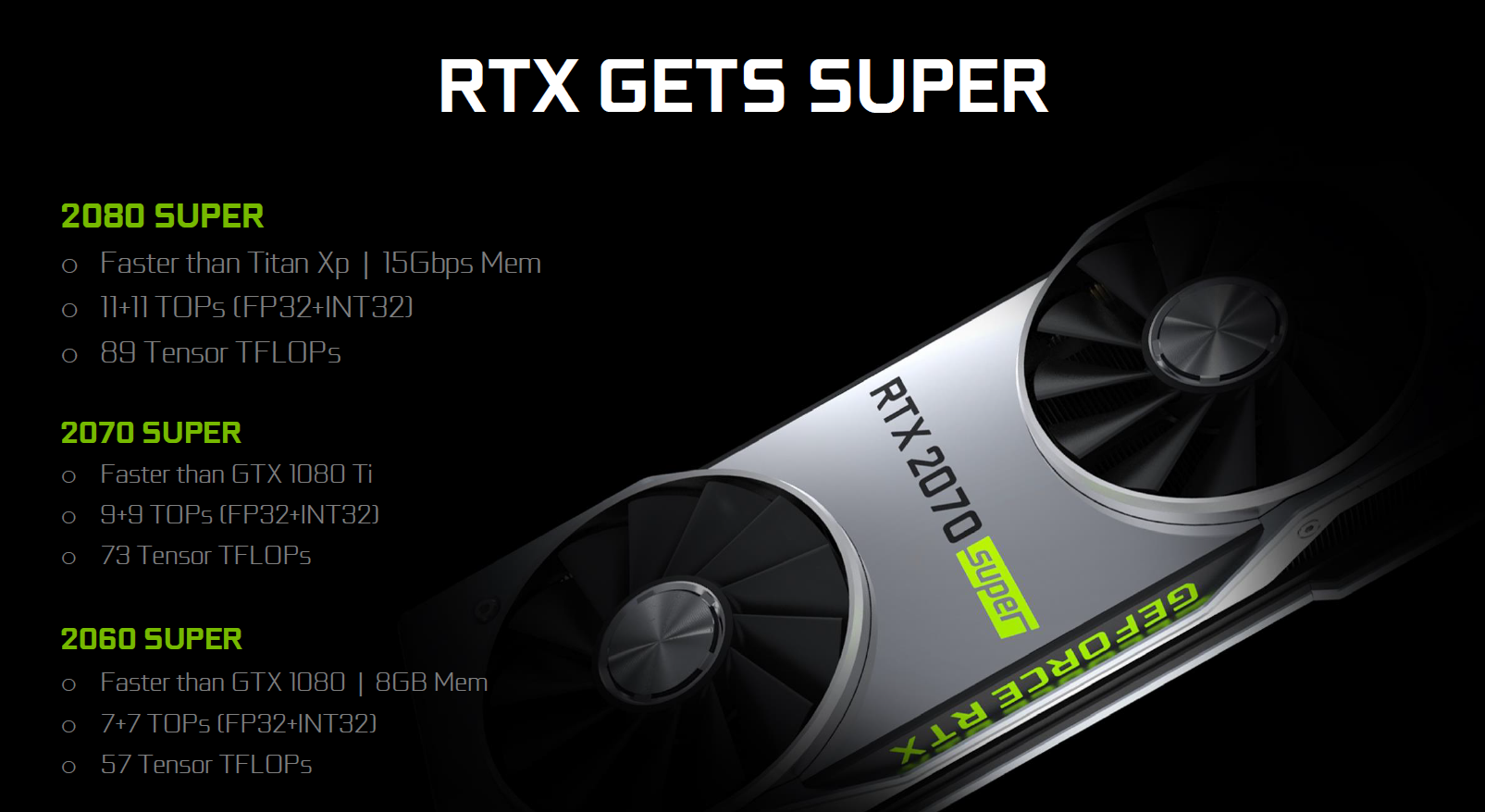 I’m Super, Thanks For Asking

The day has come and the performance of NVIDIA’s new card is now common knowledge, and as Sebastian summed it up, “more about the value of the card … than it is about big performance gains.”   As far as the hardware goes, this TU104 card has two more Streaming Multiprocessors for a total of 48, 128 more CUDA cores at 3072, 16 more Tensor Cores for 384 total, a pair of extra RT cores at 48 and 8 more Texture Units for a total of 192.

The frequencies also get a boost, with the Base being 1650MHz and Boost 1815MHz, respectively adding 135MHz and 105MHz to the non-Super RTX 2080.   The FPS Review saw higher frequencies than that in their testing, their card averaged 1932MHz in benchmarks, enough to barely scrape by when playing at 4k.  They did see improved ray tracing performance in games thanks to the extra RT and Tensor cores, but that RTX 2080 Ti is still your best bet for gaming at 4k.

If you skipped picking up an RTX card, the new pricing may be enticing enough for you to reconsider, however if you have already bought one there is no reason to look at these cards as an upgrade.

The important part here is that the new GeForce RTX 2080 SUPER is $100 less in price compared to the GeForce RTX 2080 Founders Edition. It sits right at the same price as a standard, original release, RTX 2080.