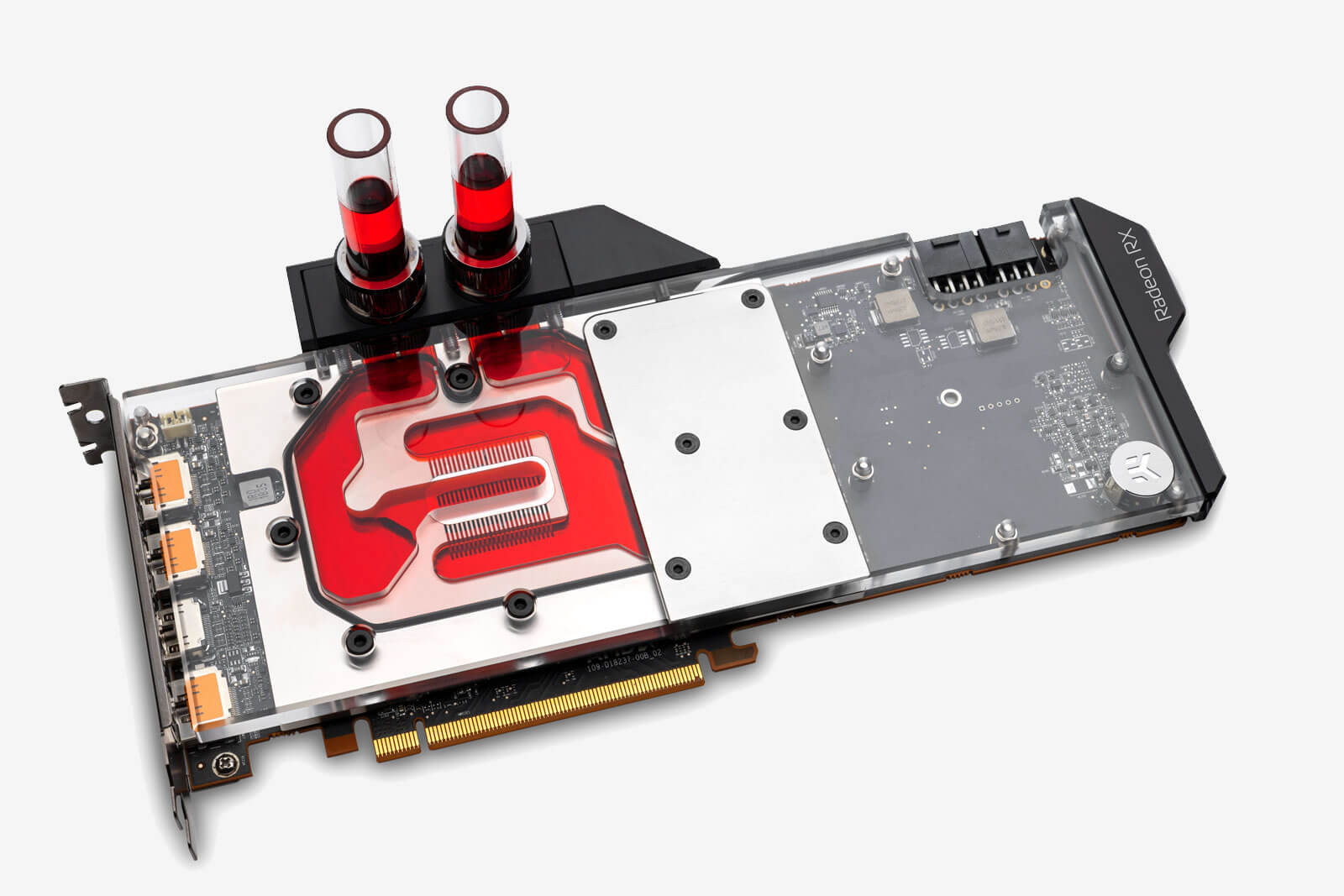 Overclocking The RX 5700 Whether It Likes It Or Not

Since the release of the new Navi cards, experienced overclockers have been working to get more out of the chip.  The first indication there was more headroom to be had were those who set the fan to run at a constant 100%, who say their cards going from around 1800MHz jump up to a maximum of 2050MHz.  Other enthusiasts discovered that with a few edits to the registry you can boost the voltage and see up to 2300MHz from AMD’s new GPU, with the EvenMorePower5700XT registry file to make that easy.

TechSpot weren’t fans of the noise created while running this mod on air, so they installed a EK Vector block on top and tried overclocking.  They were perhaps not as successful as some but in the end they managed a very respectable overclock, incredibly low temperatures and a reasonable sound profile which you can check out in full here.

After testing the AMD's new Radeon 5700 GPUs and Nvidia's RTX Super answer, we are particularly happy about the value offered by the latest Radeons. The $400 5700 XT is very attractive at its designated price point, but what if we pushed the hardware to its limits with some liquid cooling action?