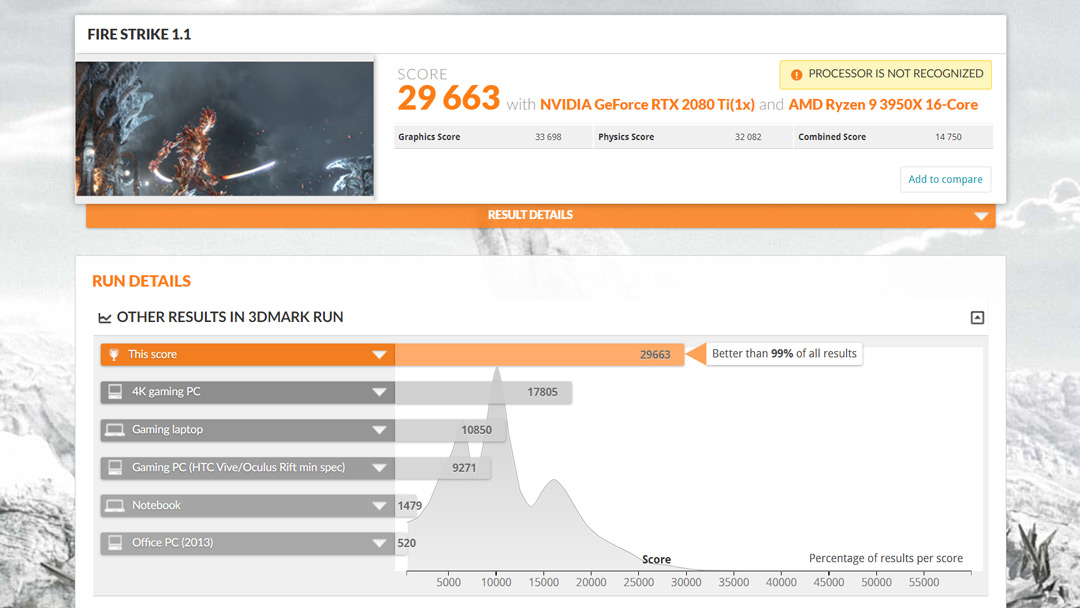 The comparison is also of note because, traditionally, these two processor classes are not necessarily competitors: the 3950X still lies within AMD’s “mainstream” desktop lineup while the 10980XE is the flagship of Intel’s high-end desktop (HEDT) platform. AMD’s “traditional” competitor for Intel’s HEDT lineup is Threadripper, but while Intel HEDT does offer some advantages over Ryzen 3000 – primarily PCIe lanes – AMD’s aggressive push to increase cores and take the lead in terms of features like PCIe 4.0 has created a new opportunity for competition between these two platforms, particularly for users who prioritize core and thread count over system memory or PCIe lanes.

Today’s leak doesn’t provide 3DMark scores for the next Threadripper parts, but AMD has promised to begin the rollout of third-gen Threadripper processors in November alongside general availability of the 3950X.