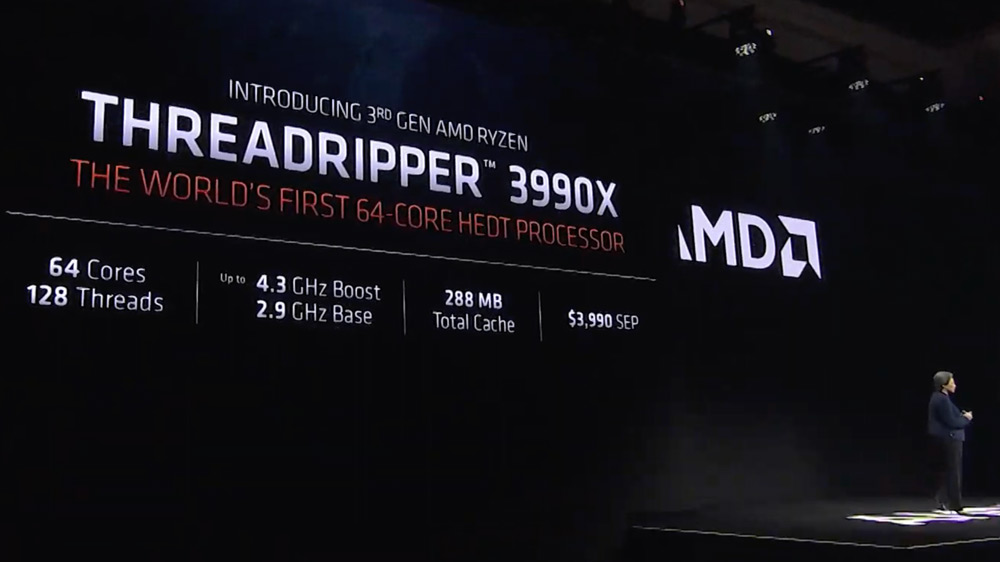 While Intel focuses on its platform advantages such as DL Boost (AVX-512) to distinguish its highest-end processors, AMD is simply throwing raw CPU horsepower at the situation, claiming that in some workloads such as CPU-based V-Ray rendering, a single 3990X at roughly $4,000 can outperform a dual Xeon Platinum 8280 system that costs about $20,000. 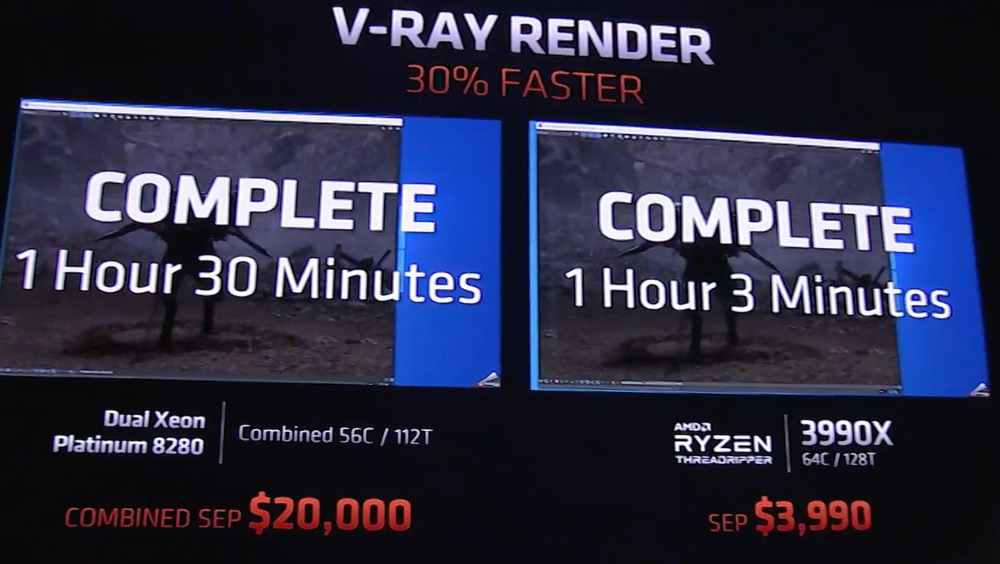 The pricing of the Threadripper 3990X is also noteworthy compared to AMD’s other 64-core offerings, the second-generation EPYC 77xx-series, which are priced between $6500 and $7000 and offer lower base and boost clocks.

The only question at this point is availability. AMD’s other high-end Ryzen and Threadripper processors — the 3950X, 3960X, and 3970X — have been in extremely short supply since launch. If AMD can provide adequate supply of this new 3990X, it will significantly outperform all of Intel’s high end desktop and workstation-class processors and further encroach on Intel’s Xeon lineup in many workloads.

The Threadripper 3990X is expected to launch in February.