On stage at CES 2020 AMD has announced the latest graphics card in the Navi family, the Radeon RX 5600 XT. Based (we assume) on Navi 10, this is essentially a 6GB variant of the Radeon RX 5700, with lower clocks to help differentiate it from its bigger sibling. (It looks like the leaks were accurate.)

Here are the specs for the desktop Navi family, with this new RX 5600 XT right in the middle of things:

The Radeon RX 5600 XT’s 2304 core count is identical to the non-XT version of the RX 5700, and is suggestive of a product that can take advantage of Vega 10 dies that don’t quite hit the higher clocks of the RX 5700 (unless these clock speeds are an artificial limitation, which would make this an nice overclocking option).

So how competitive will this new RX 5600 XT be? Obviously we need to wait for independent testing to see how it will stack up to the competition and existing AMD products, but for now AMD has provided their own look at performance. At the event a couple of slides were shown with the RX 5600 XT pitted against an NVIDIA GeForce GTX 1660 Ti, including this one featuring some recent titles at 1080p / max settings (no system configuration info was provided): 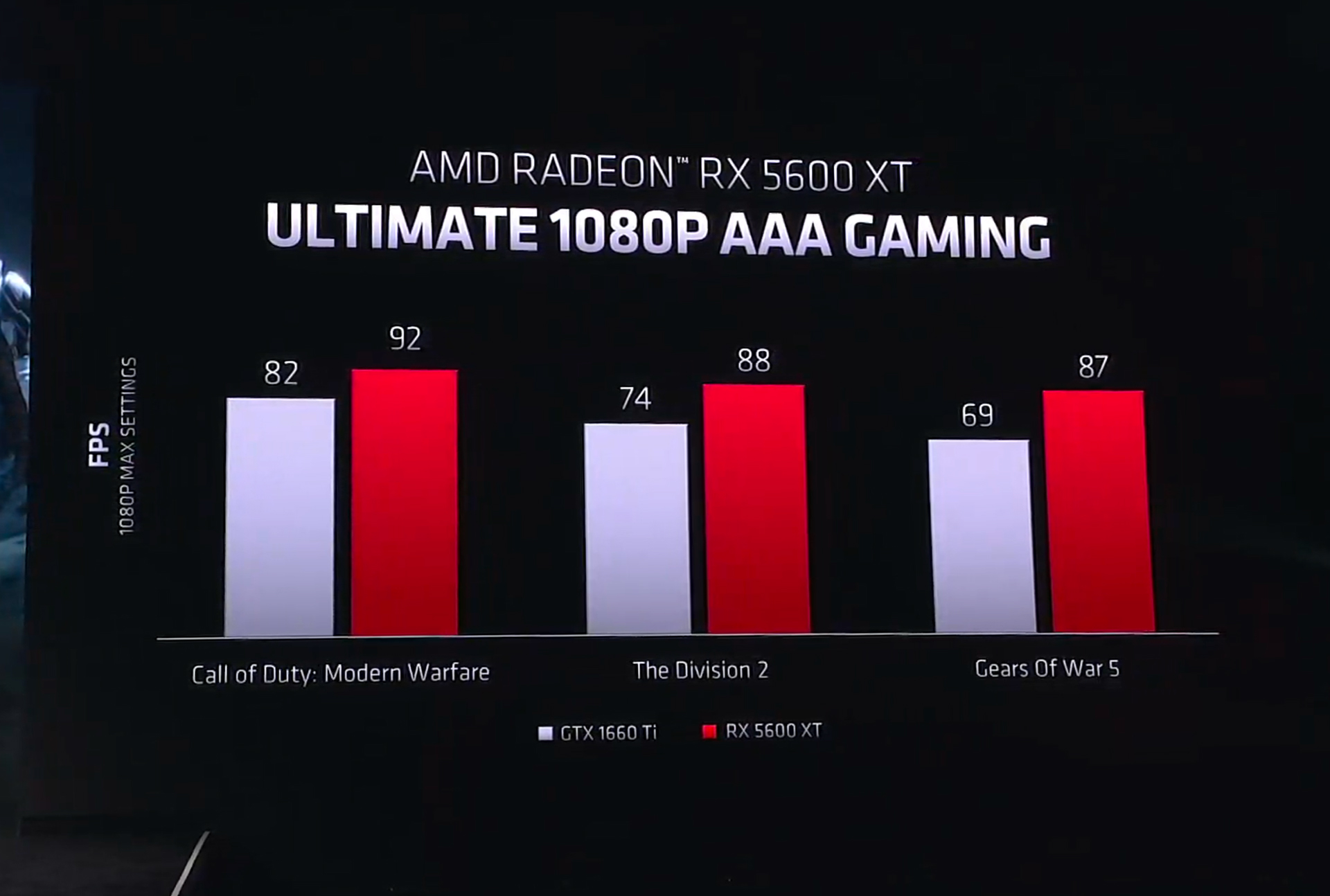 Very impressive results here for AMD, to be sure, and the most important aspect of this particular result is the matching $279 asking price of the GTX 1660 Ti. I will point out that NVIDIA seems destined to drop the 1660 Ti’s MSRP considering their own GTX 1660 SUPER launched late last year with similar performance at only $229, but we can only speculate on that.

AMD is launching the the Radeon RX 5600 XT on January 21, with the usual AIB partners set to offer their versions of this new GPU, including SAPPHIRE, which has a product page up now for their PULSE version.