MSI has a couple of desktop gaming announcements at CES 2020 (alongside the monitors). 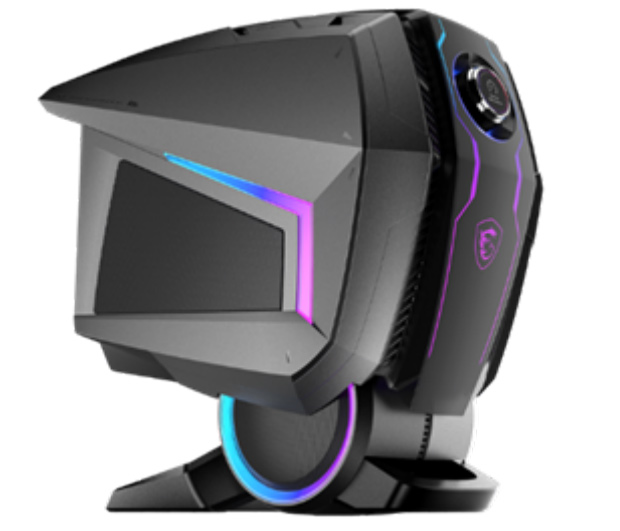 First is their MSI MEG Aegis Ti5 Gaming Desktop. It can be configured with up to a tenth-generation Core i9 CPU and up to a NVIDIA GeForce RTX 2080 Ti (specifically, and fittingly, an MSI partner card). For connectivity, it has WiFi 6, a 2.5-gigabit Ethernet port, and an extra one-gigabit port. They also claim that this is the first desktop with 5G connectivity, which apparently means actual 5G mobile networking.

I’m curious – is mobile on a desktop a major selling feature? I know that I have needed to tether my desktop during the awkward moments that my main internet failed, but I’m not sure what would drive me to purchase a PC that has that feature built in. There could be an interesting use case, though.

The design is a bit… aggressively gamer. All the sharp angles and multi-color lighting. 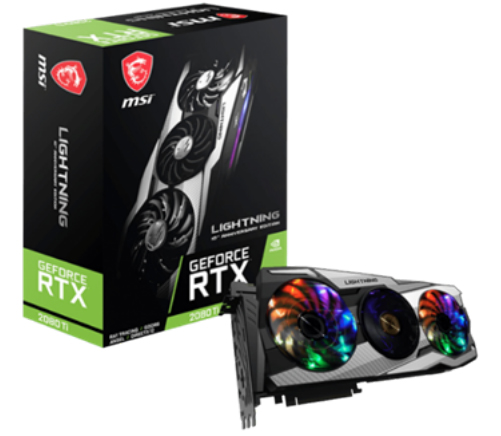 The second product is MSI’s 10th Anniversary Edition RTX 2080 Ti LIGHTNING card. The website claims that the 10th Anniversary Edition has the same clock rate as the normal LIGHTNING edition. As far as I can tell, it’s a cosmetic difference. Also, I don’t think they ever mentioned what the 10th anniversary refers to. MSI has been an NVIDIA add-in board partner for much longer than 10 years.