Following its performance workshop Sunday night, Intel held its CES 2020 keynote Monday afternoon. The company highlighted its strengths in the enterprise, AI, and “intelligent computing” in general, but also revealed some consumer-related hardware and software announcements.

After launching its Project Athena initiative last year, Intel announced an expansion of the program that provides guidelines and certification for thin and light, yet powerful laptops, touting dozens of laptop models that will join the program this year.

The company also announced that it has introduced a dual-screen standard to Project Athena, highlighting systems from Dell and Lenovo, as well as its own concept device with a foldable 17-inch display, something Intel called “the world’s first 17-inch foldable laptop.” Intel’s OEM partners will be making their subsequent announcements for their Athena-certified devices, with shipping dates throughout the first half of the year.

For some time now, several Intel processor lineups have offered support for “DL Boost,” an extension of the AVX-512 instruction set designed for inference workload acceleration. When leveraged in software, this capability results in significant (i.e., 5X-plus) performance gains for tasks such as de-blurring a photograph, isolating background noise, or automatically selecting and masking objects in photo and video editing. The problem was that the only apps that thus far supported it were lesser known options from companies like Topaz Labs and CyberLink. That’s not to say that the Topaz and CyberLink suites of software are bad, but they’re probably not the first options that come to mind when thinking of photo and video editing software.

The lack of of broader software support led some to consider the DL Boost feature as simply “marketing buzz words” from the perspective of the broader consumer base and, indeed, an Intel representative likened it to “waiting on a chicken and egg outcome” when we asked about it late last year. But that soon may change. Intel invited Adobe on stage today to announce support for these features in Creative Cloud apps like Photoshop and Premiere Pro. 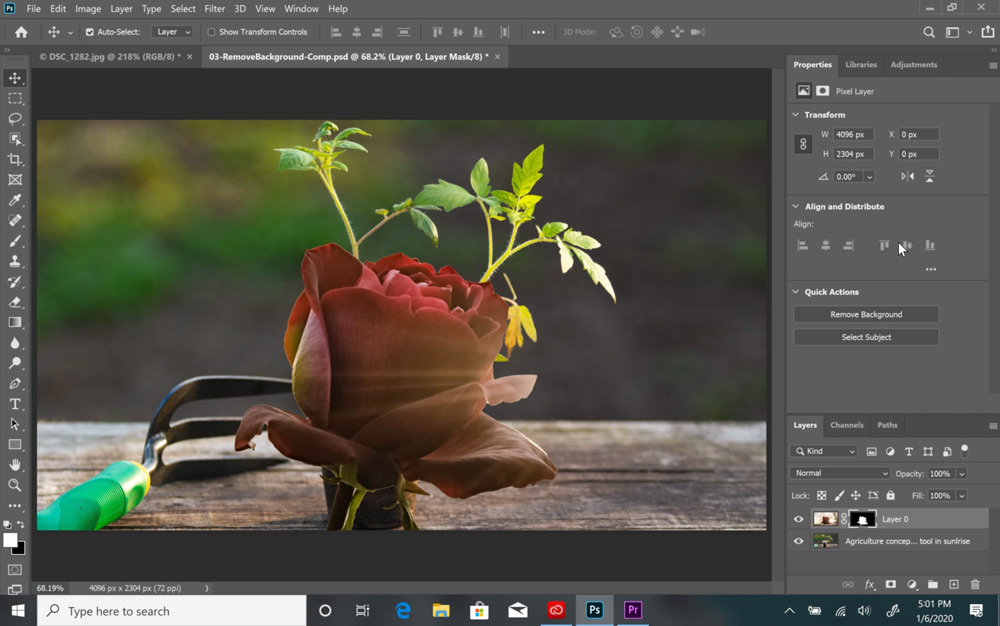 To be clear, DL Boost support itself doesn’t yet enable any new features in the Adobe apps, but instead makes certain operations several times faster, such as the aforementioned automatic selection of a photograph’s subject in Photoshop or the new Auto-Reframe feature in Premiere Pro. If we see performance gains in Adobe apps similar to what we saw in Intel’s demos with Topaz and CyberLink, this would make Intel’s DL Boost-capable processors much more intriguing for media professionals who frequently perform these soon-to-be DL Boost-supported tasks.

Intel teased its upcoming 10nm+ mobile platform, Tiger Lake. Intel claims that Tiger Lake will bring CPU performance and efficiency gains across the board, along with up to “double” the integrated graphics performance over Ice Lake, which itself brought a nearly 2X gain over Intel’s UHD graphics, thanks to its use of Intel’s still-developing in-house Xe graphics architecture. 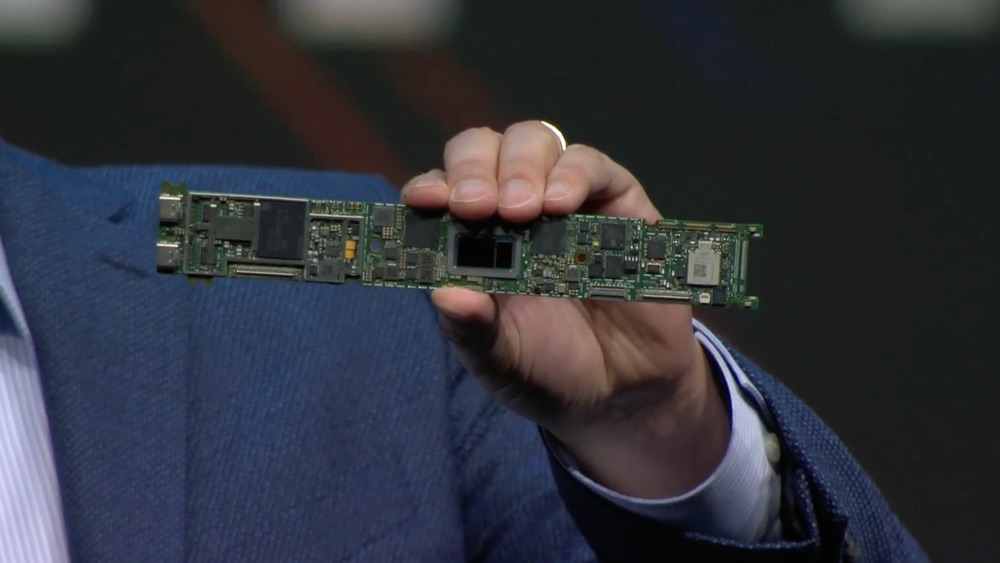 Other improvements for Tiger Lake over Ice Lake include integrated support for Thunderbolt 4 and even further boosts to AI processing performance. Tiger Lake-based systems are expected to “ship this year.”

Intel has long been developing its own “Xe” discrete graphics architecture, and the company ended its keynote by very briefly teased an early look at its first mobile discrete client graphics chip, the DG1. 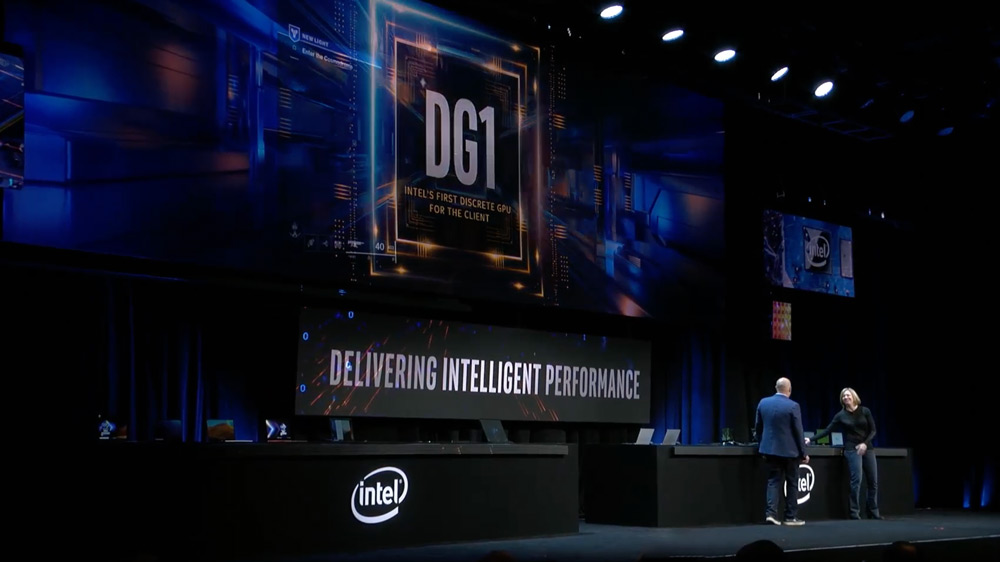 Intel claimed that the DG1 will bring good performance for popular AAA games even in mobile configurations by showing a few seconds of Destiny 2 gameplay running above 60 frames pre second. However, while Tiger Lake will represent the first launch of the Xe architecture, discrete Xe-based GPUs have yet to receive a launch window.