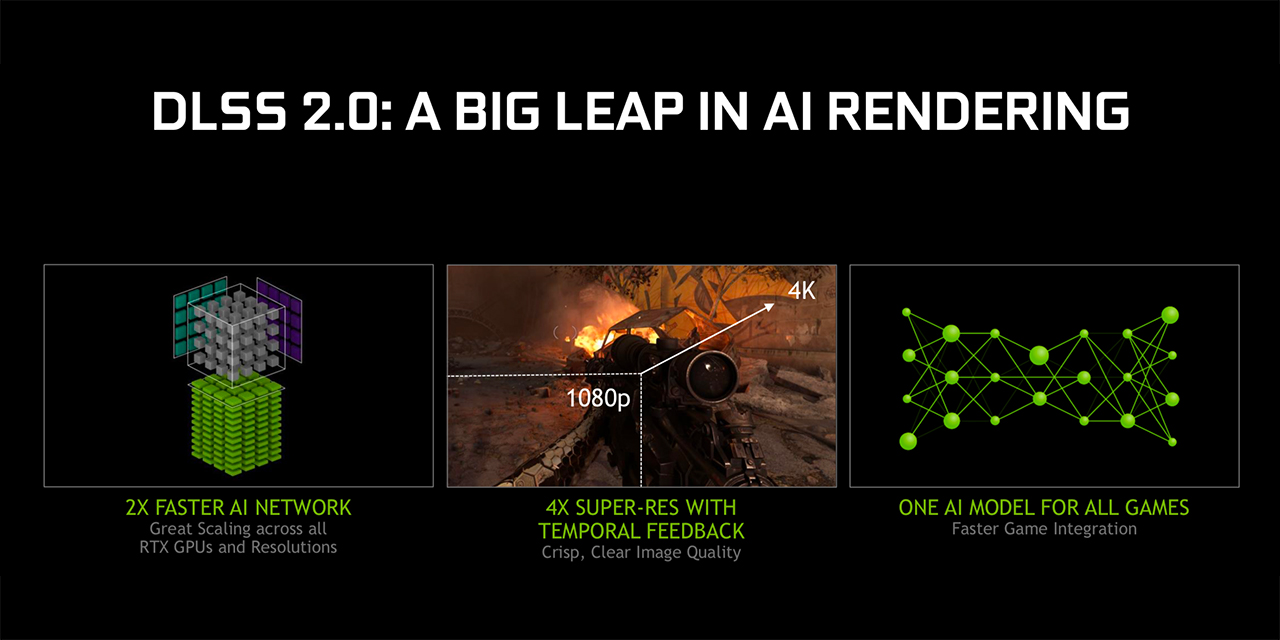 The evolution of DLSS continues, and this new version combines an improved AI network that is no longer game-specific, user customization with three levels of quality, and a more transparent look at the technology’s use of internal resolution upscaling.

Rather than further reporting on NVIDIA’s explanation of DLSS 2.0 and its technical changes from the initial version, let’s have a look at the images presented in the presentation about this new version. 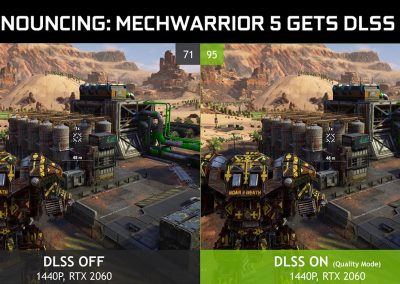 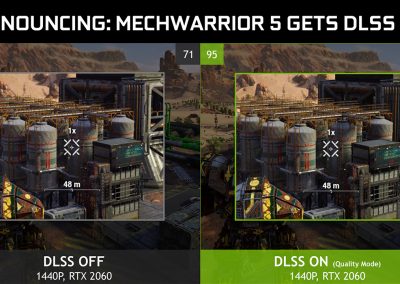 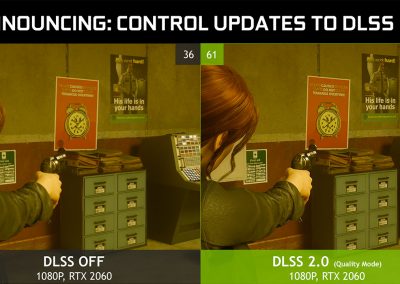 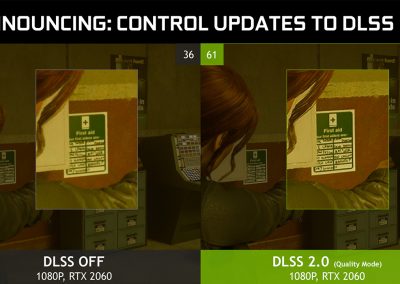 The side-by-side DLSS / DLSS 2.0 comparisons in particular paint a compelling picture of the image quality improvements: 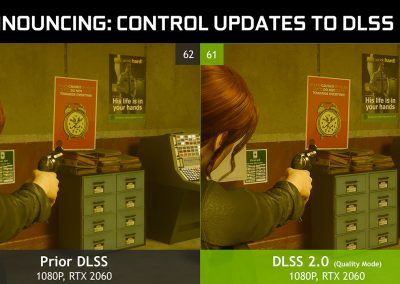 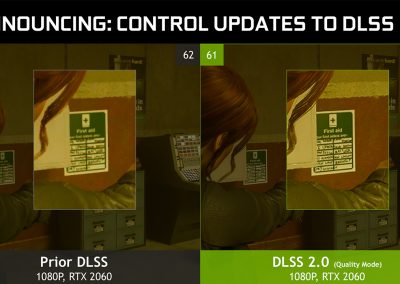 And perhaps the most impressive A/B comparison – objects in motion (a video is also available here): 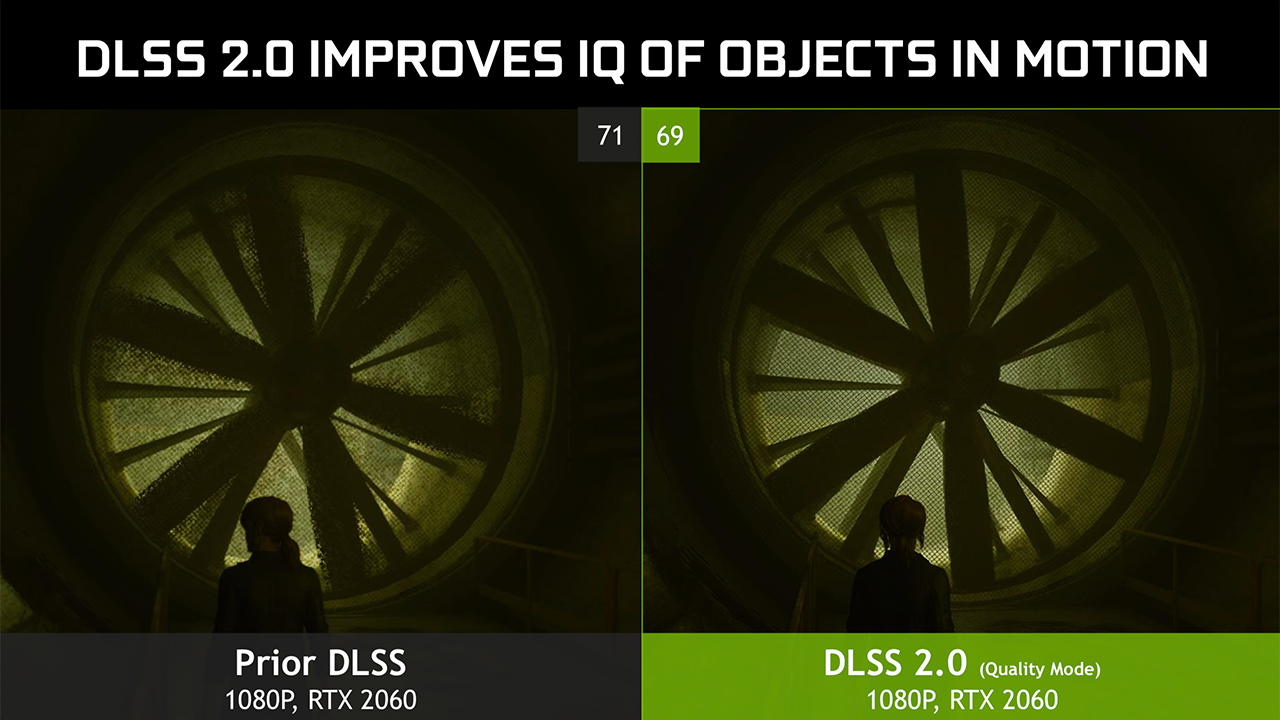 It’s important to note that these slides show DLSS 2.0 using the new “Quality Mode”. That choice makes perfect sense, but performance will be naturally be higher with the lower quality settings – which use a lower internal resolution. In a nutshell, the best performance uses a 4x upscale, and the best quality uses only a 2x upscale.

What A Difference A Year Makes

NVIDIA’s DLSS (Deep Learning Super Sampling) technology hasn’t had the best reputation up to this point, with still image analysis (professional and amateur) that pinpointed image quality concerns, and less technical complaints from the gaming community about “blurriness”.”DLSS saves performance, but sacrifices visuals” proclaimed Digital Foundry in their February 2019 analysis of Metro Exodus, and NVIDIA responded with an FAQ addressing some of the concerns which (besides further explaining how DLSS works) essentially re-stated what NVIDIA had been saying all along: DLSS is an emerging technology, and would improve over time.

The fact that DLSS was originally presented as a sort of AI-assisted form of AA (anti-aliasing) that existed as an alternative to TAA probably caused additional confusion, as DLSS was really a method to upscale lower-resolution content to reduce the performance impact of real-time ray tracing. It did accomplish this, certainly, but the upscaling question was still being pondered when 3DMark’s updated technical guide (PDF) brought at least one implementation to light:

From a look at NVIDIA’s early developer news it was indicated from the beginning that this was a technique involving an end result that begins with a lower internal resolution: “DLSS provides a new way of achieving higher display resolutions without the cost of rendering every pixel in the traditional sense”.

Regardless of how we got here, it seems that NVIDIA has addressed concerns from the first version of DLSS, and remains committed to improving the technology.

A new version doesn’t do much good if there aren’t any games taking advantage of it, and of course NVIDIA has already enabled DLSS 2.0 in a couple of titles, with Wolfenstein: Youngblood and Deliver Us The Moon ready to go. More titles will follow soon, as DLC for Control and Mechwarrior 5 are coming this week, according to NVIDIA. 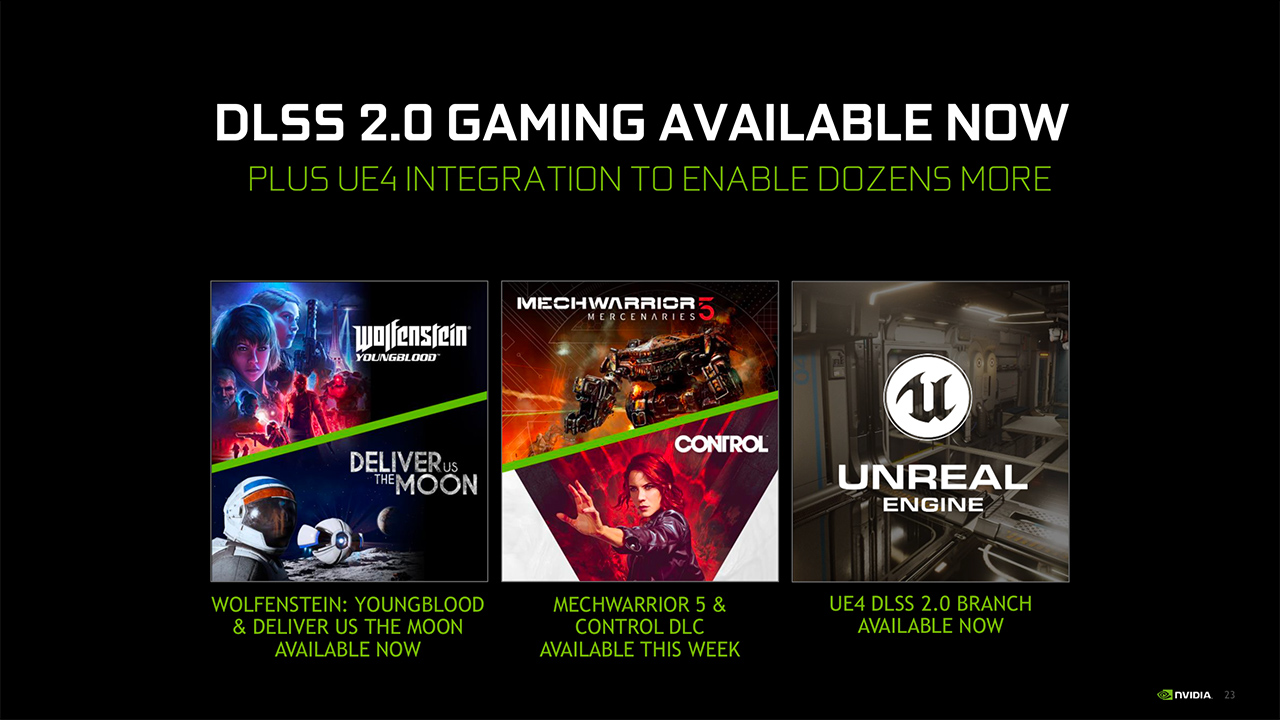 Deep dives into the performance quality of these (and future) games will determine how version 2.0 stacks up from a visual and performance standpoint, but it seems the seeds have been sown for an improved experience – and reputation – from DLSS in 2020.

Much more in the way of technical information and visual comparisons available from NVIDIA here.