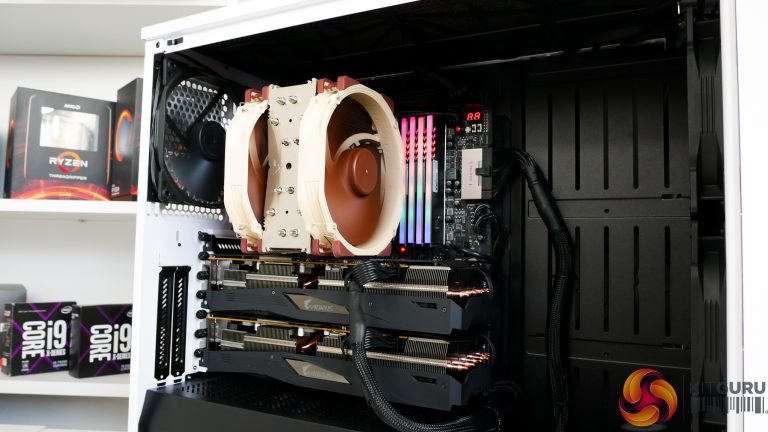 Kitguru posted a workstation system build, based around AMD’s current offerings, which you can see here.  As the intended purpose of this system will need a lot of juice, they chose Gigabyte’s TRX40 Aorus Master as it sports a solid 16 phase PWM controller to feed the 280W TDP processor, cooled by Noctua’s impressive U14S TR4-SP3.  They mentioned that they would have preferred the IceGiant Prosiphon Elite, but it is not commercially available yet nor are there many reviews of it as of yet.

They brought back something you may have forgotten about, Aorus’s 32GB RGB DDR4-3600 RAM with dummy DIMMs sporting extra RGBs to let you populate all of your slots with glowy bits, even though that is all that some of the DIMMs contribute.  Gigabyte also provided the two Aorus Radeon RX 5700 XT 8G cards which will provide the GPU rendering power.

Drop by for a look at the video and benchmarks.