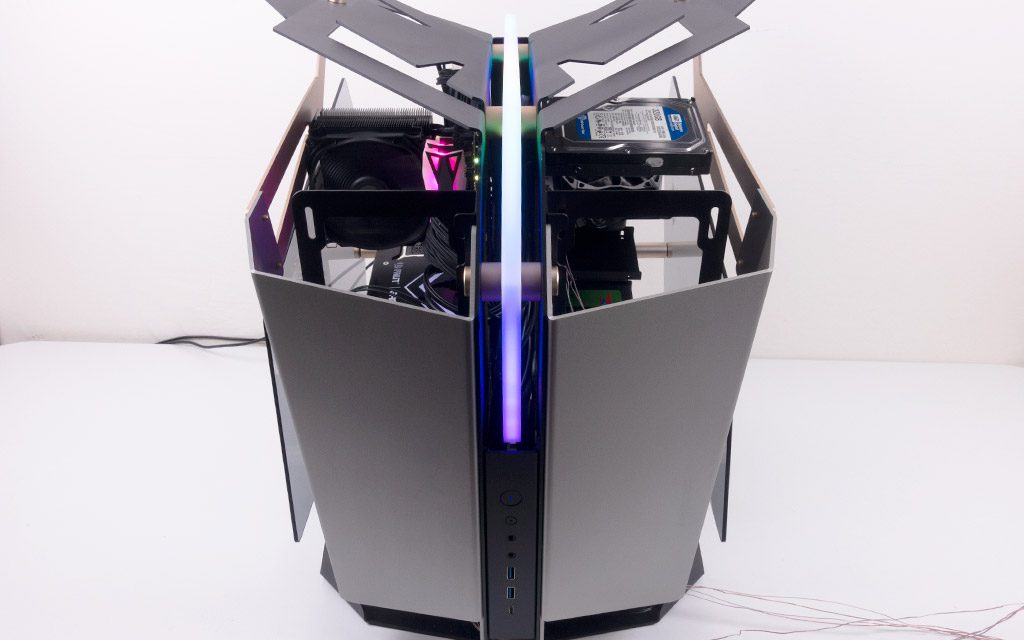 An Open Air Case With A Split Personality

FSP’s T-WINGS CMT710 is different take on an open air case; while still very much open to the air it does have some protective guards, and wings, to keep your components safe from an accidental brush against your system.  It can also house two separate systems inside, one side can hold anything up to and including an E-ATX motherboard while the second system is limited to an ITX motherboard.

The dual nature of the T-WINGS does mean it is a fair size, 634 x 455 x 530mm (25 x 18 x 21″) and weighs in at 11.82kg (26lb) empty.  The cooling performance is exceptional, as you might expect, with the only exception being the GPU on the ITX side which ran warmer than the larger half but was still better than much of the competition.  TechPowerUp think that they could not only improve that with a bit of tweaking but they might be able to get an ATX board into each side.

They did find the RGBs to be a bit dim, which somewhat disappointed them on this ~$500 enclosure.

With the T-WINGS CMT710, FSP is throwing in their entry into the unique, rule-bending and irresponsibly responsible open-air case market. Underneath its wings, the T-WINGS CMT710 can hold two full systems as it is also one of the few dual-system enclosures out there.