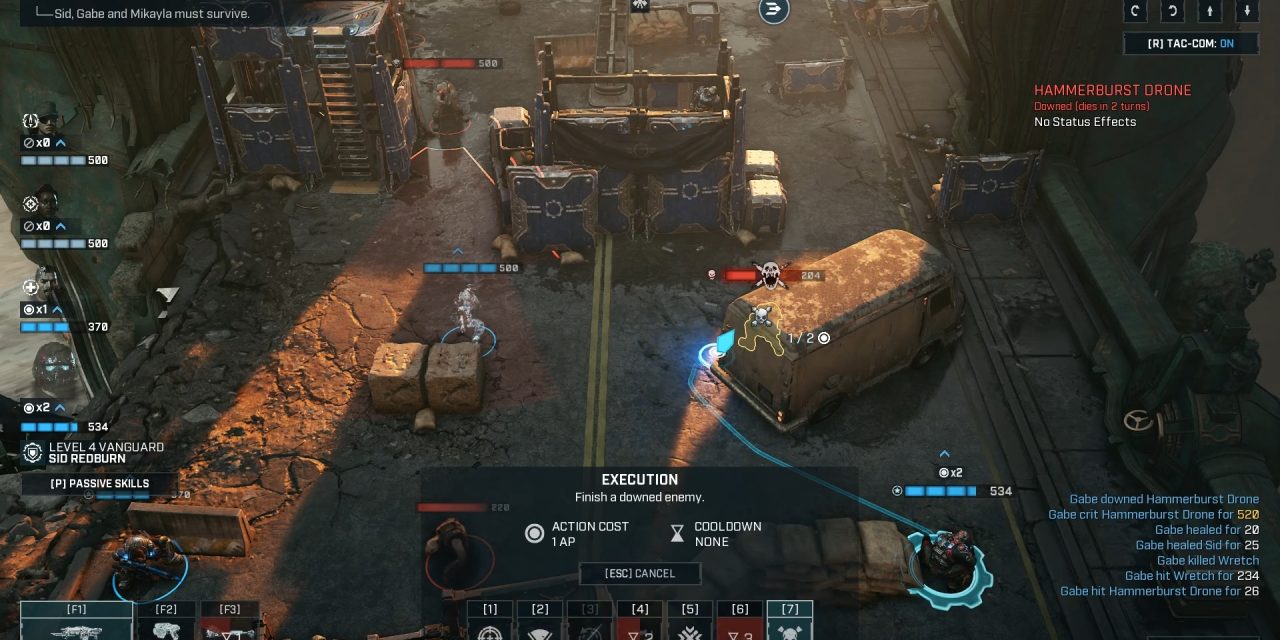 Believe It Or Not, It Works!

A turn based version of Gears of War seems quite strange considering the nature of the gameplay of the main series but according to Rock, Paper, SHOTGUN works brilliantly.  The gameplay will be familiar to anyone who has played the recent X-COM games or any of the many, many similar games which have launched recently, though tweaked in a way that makes it fit the Gears world work in the game.  You will still be vastly outnumbered by the enemy and the game is set up to be challenging but not the impossible situations you would end up in if you get swarmed in X-COM.

The key feature in the game you can see above, the execution mechanic lets you chainsaw downed enemies thoroughly just like in the FPS version, though in this game an execution grants everyone else on your squad will a fresh action point to allow them to continue the slaughter.  Don’t worry about boss fights being removed, as various story missions do include huge bosses to battle against.  The mission types also vary, from straight on confrontations to rescue missions which start you at the beginning with one or two squad members, with those you rescue joining your squad to help you continue with the mission.   Check out Rock, Paper, SHOTGUN for a more detailed peek at how the game works.

If you haven’t taken advantage of the giveaway yet, you should drop by Steam to pick up your copy of Total War: Shogun 2 for free as you only have until Friday, May 1st to take advantage of it.

I’ve been playing Gears Tactics with every spare moment of the last week. The second I’m done with this review, I’m going back for more. It’s superb. In fact, it’s good to the extent where, as risky as it is to say such a thing, I’d argue it sets the new gold standard for turn-based tactics.