Get Back Into The Breach 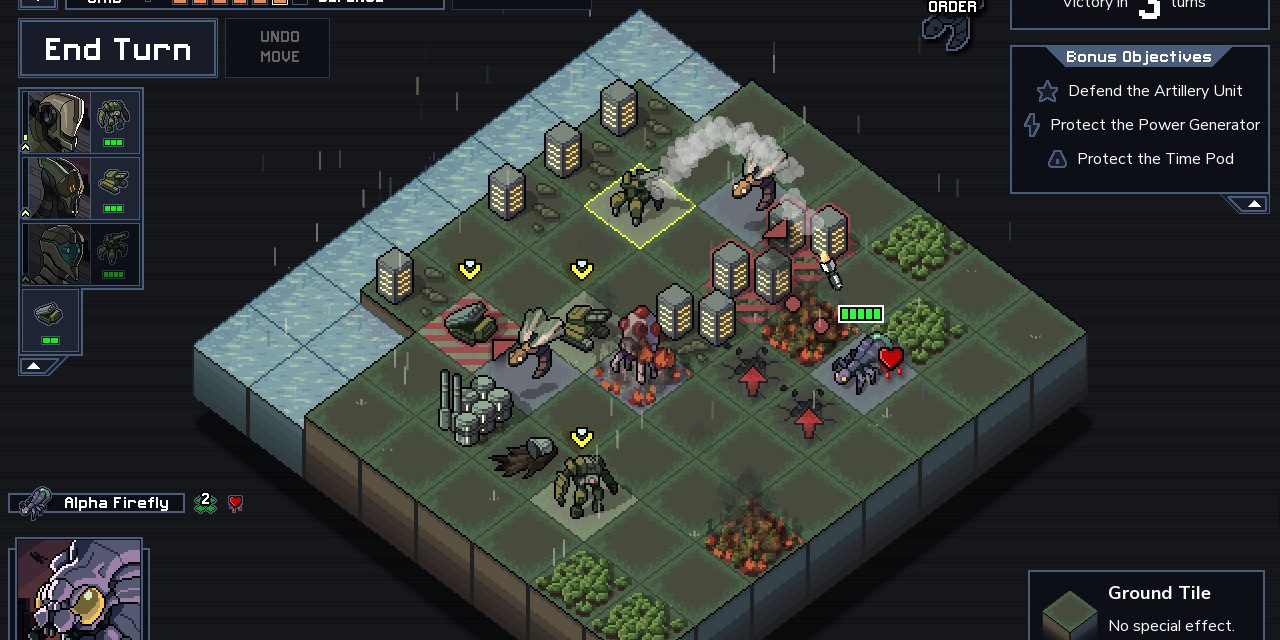 New And Improved In A Variety Of Ways

Some people haven’t had much luck saving the world in Into The Breach, and not just because the game does not offer any easy victories.  If you are one, and part of the reason you have left your one temporal traveller in the same black room in which Gordon Freeman awaits to be called back to duty is the cost of changing or upgrading your weapons then you should try the game again.  In order to tweak your weapons you need to spend Reputation points, gained from successful attacks on sectors and with the new patch the cost has been halved and it only costs a single Reputation point to modify them now.

The reduced cost to play with your squad’s load out is not the only reason to check out this game again as there have been quite a few changes since release.  There is now a native Linux client, touchscreens are now 100% supported if you want to play it on the go and there are a significant increase in the number of languages supported.

Take a peek over at Rock, Paper, SHOTGUN for more information if you have never tried this particular game out.

Into The Breach is a wonderful game, but don’t take my word for it – it’s one of RPS’ greatest PC games of the 2010s as well as one of our games of the year in 2018. And recently the developers told us how proud they were of the visual effects they’d created for it.

Chromebook Pixel Not a Joke, Just Its Price.

How much do you expect from a sub $100 netbook