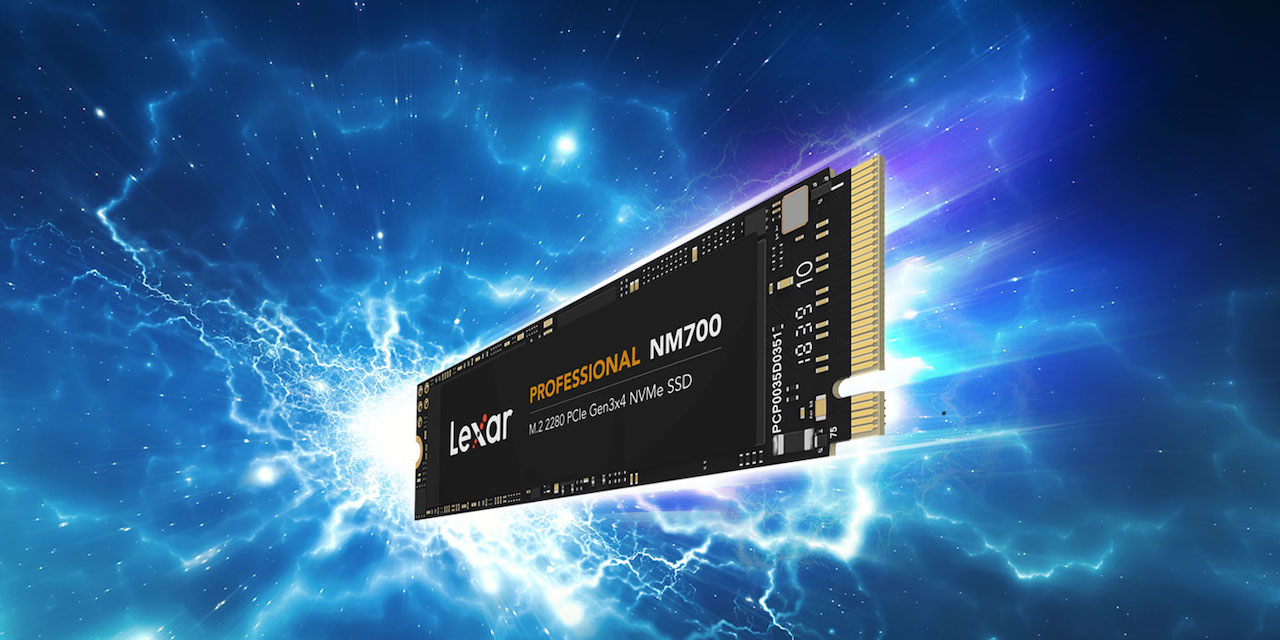 This week Lexar announced a new, faster NVMe SSD in their lineup with the Professional NM700, a PCIe Gen3 x4 drive with read speeds of up to 3500 MB/s, and writes up to 2000 MB/s. We looked at the NM600 last year, a mainstream product with a 2000 MB/s reads and 1200 MB/s writes, and Lexar is moving closer to the limits of the Gen3 x4 interface with this new drive.

“As the need for faster performance and uninterrupted application experiences increases, Lexar has developed a solution to keep videographers, photographers, and designers in the driver’s seat with speeds of up 3500MB/s read, and 2000MB/s write. The NM700 is supported by PCIe Gen3x4 NVMe and built with 3D NAND flash for higher capacity and more efficiency without unnecessary slowdowns.”