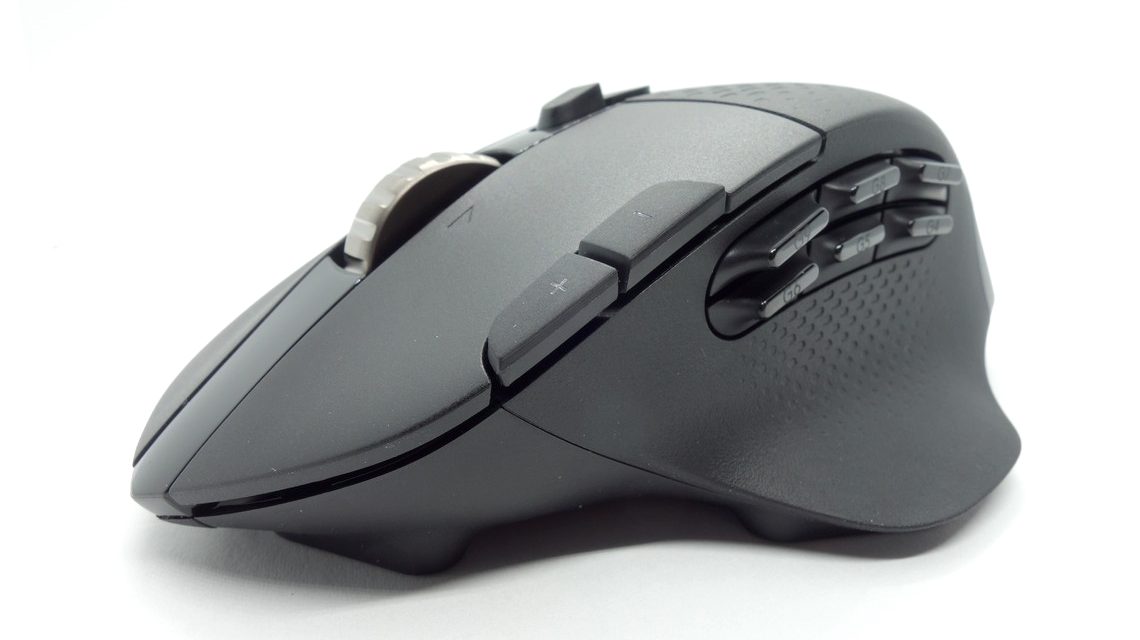 15 Programmable Buttons And The HERO 16K

Logitech updated their wireless gaming mouse with the new G604, an improvement over the G602 which, among other benefits, only requires a single AAA battery to give you 240 hours of performance. Indeed, if you need to eke out a bit more battery life you can switch over to a regular Bluetooth mode instead of the 2.4 GHz “LIGHTSPEED” wireless mode that is default.

They kept the new HERO 16K sensor, capable of tracking between 100-16,000 CPI and which performed admirably in TechPowerUp’s sensor testing suite, though they were left with a question.  Their click latency test wasn’t able to pick up a signal to measure, possibly because the switches operate at an impressively low voltage; alternative testing methods indicate it performs the same as other Logitech devices.

There are 15 programmable buttons in total, eight of which are on the left hand side and all of which can be controlled via G-Hub.  As you can assign a button to shift, you can assign a secondary action to each of the remaining buttons.   If you are on the hunt for a wireless gaming mouse that costs around $100 and lacks even the slightest indication of RGB-itis this is a decent contender for your hard earned money.

The G604 is Logitech's new multi-purpose wireless gaming mouse. The HERO 16K sensor and 15 fully programmable buttons make it suitable for FPS, MOBA, and MMO gaming. Wireless operation is possible in 2.4 GHz Lightspeed or Bluetooth mode, and the metal scroll wheel may tilt horizontally and spin freely, making the G604 suitable for productivity, too.

How many channels can you keep track of

One DDoS to go, and a side order of fries