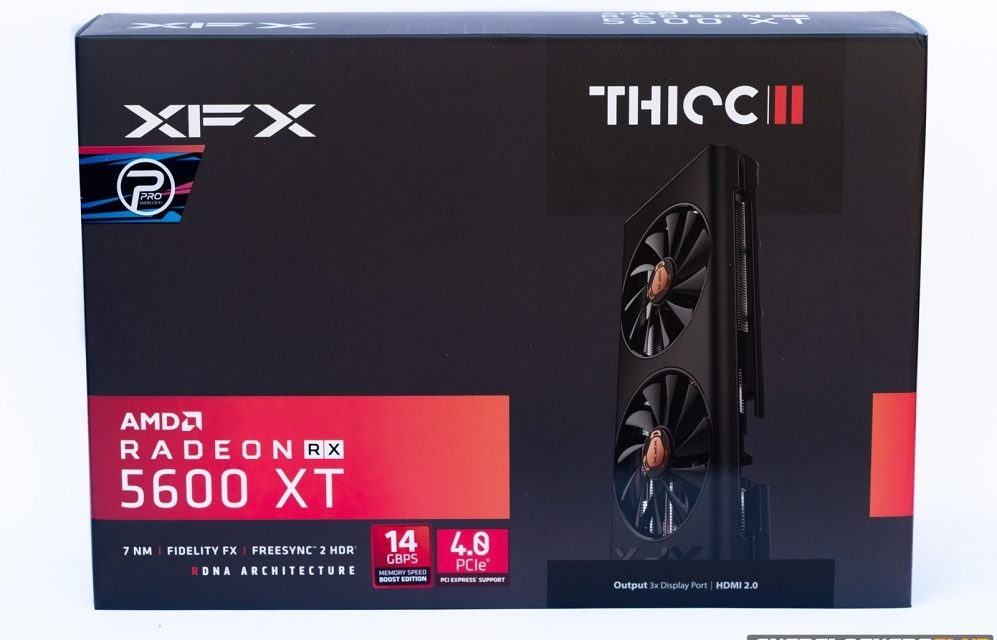 This One Goes To 14Gbps!

When the XFX RX 5600 XT THICC II Pro launched it had, like all RX 5600 XT apart from the PowerColor’s Red Devil, a memory frequency of 12Gbps.  That frequency was AMD’s default frequency, however OEMs were able to use higher frequency GDDR6 if they so desired though not many have even now.  On the other hand, enthusiasts soon determined how to flash the BIOS on a variety of RX 5600 XTs to boost the frequencies from 1500MHz to 1750MHz with a fair amount of success.  As the cards were not factory tested at those frequencies some cards were not as stable as others but enough were to make it worth trying.

Now, several months later, some OEMs are releasing higher frequency versions of their cards including XFX which is the topic under review at Guru 3D.  Thankfully the difference in models is clearly labelled on the box and you won’t have to triple check SKU numbers to determine which type of memory is on that card you are thinking of purchasing. The extra frequency does have an impact on performance across the board, not by a large margin but certainly noticeable.

Take a look at the full review here.

This review might be a bit redundant for some as I have already reviewed the XFX RX 5600 XT THICC II Pro. However, XFX contacted me in early April and explained the company is releasing a new SKU with an enhanced memory frequency of 14Gbps (1750MHz). Although I liked the original 12Gbps (1500MHz) THICC II Pro for what it was, I had to point out the fact that with slower memory, comes a high-performance impact in games. Some saw very little change in frame-rate, while others were large enough to be a concern for gamers.

The MSI GTX 980 GAMING 4G and its fancy new fan