HP’s EX950 is similar in design to Kingston’s KX2xxx series of SSDs, with Silicon Motion’s SM2262EN controller, 64 layer 3D TLC Micron NAND, with Nanya contributing the DRAM cache.  It is currently available in 512GB, 1TB and 2TB models, with the 1TB drive up for review over at Nikktech.

In those tests they determined that the drive performed on par with the advertising,  3500MB/s read and 2900MB/s write were achievable in their tests for the most part.  They did see thermal throttling on the drive, perhaps because of the design of the MSI Z170 Krait used to test or perhaps just a case of more active cooling needed.  They also encountered an issue when trying to install a firmware update which claims to offer up to a 10% increase in speeds, when attempting to install it they got a deviceID mismatch and it refused to proceed.  No harm done in the attempt so if you do pick up the drive it is worth trying.

The drive comes with a five year warranty and a 650TBW lifespan, so don’t worry about it dying quickly either.

Blazing fast read & write performance, high endurance levels and a 5-year limited warranty should be more than enough to guarantee the latest EX950 1TB NVMe SSD by HP the top spot on your to buy list. 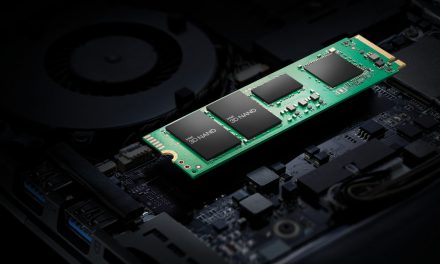 Green, black and blue, Western Digital tries to bruise the competition in the storage market