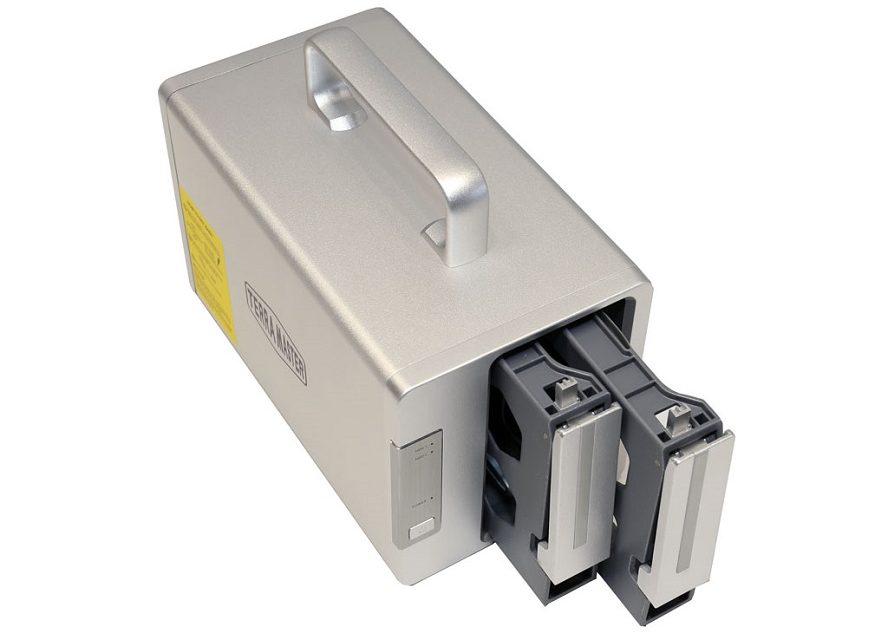 A Two Drive DAS Device With A 40 Gbps TB3 Connection

Thunderbolt connected storage devices tend to be quite expensive, with network attached storage options often preferred as they can offer a better balance between speed and price.  However TerraMaster’s D2 sells, empty of drives for $250 which is quite a good deal for a Thunderbolt 3 attached device.  TechPowerUp investigated the DAS to see how good a deal it is.

The device uses a Highpoint RocketRAID 2720SGL RAID controller which should ensure it can hold up to the competition for reads and writes.   They tested the RAID 0 performance against TerraMaster’s own D5 as well as QNAPs TV5-472XT and revealed a small problem with reads, recording a write speed of 159.2MB/s which was about a quarter the expected speed.  On the other hand it consumed significantly less power, both while sleeping and when under heavy load.

TPU also found some compatibility issues when testing so you should definitely take a closer look if you are shopping for an inexpensive Thunderbolt attached DAS device.

Storage devices with Thunderbolt 3 connectivity are not cheap. The TerraMaster D2 is different, it's only $250, supports two drives and two Thunderbolt 3 ports with a transfer rate of 40 Gb/s. Can it achieve the super-fast speeds of the Thunderbolt 3 interface?

Burn your own Blu-ray disks