The Oddly Familiar Look Of MonsterLabo The First 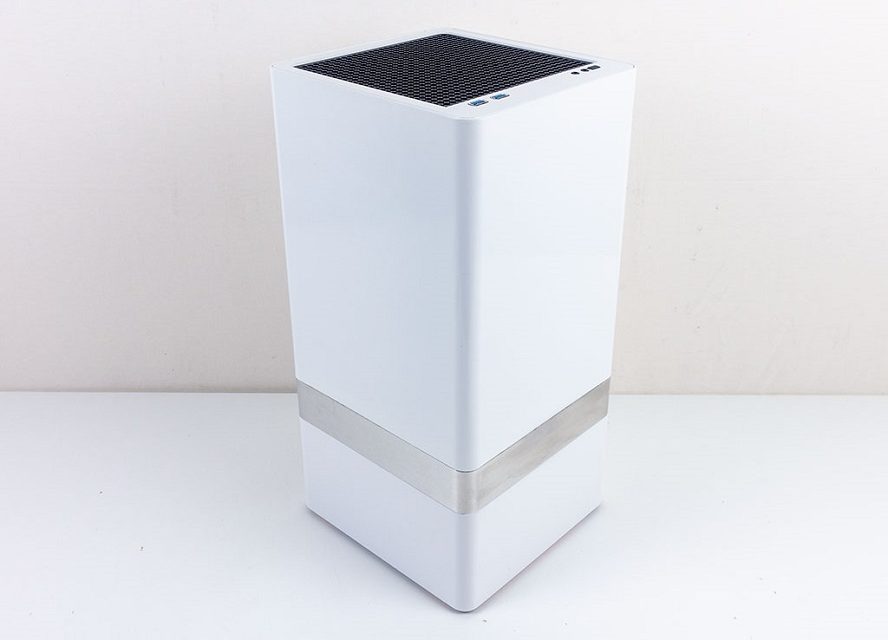 MonsterLabo The First, as it is actually named, is a passively cooled enclosure which is advertised as being able to handle cooling even a high end GPU.  You can also choose to install 140mm fans in the top and bottom of the case if you are willing to forgo peace and quiet for lower temperatures.  The specifications state the case can passively cool up to a 100W CPU, or 120W if you choose active cooling and for a GPU of up to 270mm in length, 120W passively or 180W for an actively cooled GPU.  The design of the case is definitely reminiscent of something recently announced and the review at TechPowerUp might give a hint of insight as to the thermal capabilities of that product.

Inside the case you will find a fixed heatplate with and six heatpipes for your GPU which connect to the large heatsink towards the top of the case.  As it is fixed in place you will have to remove your GPU’s heatsink and fan to install it, which you need to bear in mind if you plan on picking up this case.  The CPU cooler is similar in design and also sends heat up to the integral heatsink, which takes up about 60% of the interior of the case.

TechPowerUp tested a EVGA GeForce RTX 2060 Super SC Ultra and an Intel i5 9600K in MonsterLabo The First in passive mode as well as with a single 140mm installed at the bottom of the system heatsink.  That graphics card did seem to overwhelm the cooling, it would certainly work with active cooling with a few tweaks but when trying to game with passive cooling they quickly ran into serious issues.  The case was very quiet on the other hand, at idle a mere 32.7 dBA was measured and even when under a heavy load sound pressure never exceeded 42.9 dBA.

If you went with less power hungry components the case’s cooling solution should actually work very well, but it is worth noting there were some challenges during the installation of the system which they detail in their full review.

The MonsterLabo The First is a sleek, compact chassis that is designed for passive operation, while still letting you use decent hardware. With broad compatibility for motherboards and graphics cards, this may well be the first time you can utilize a high-end GPU for absolutely silent gaming. 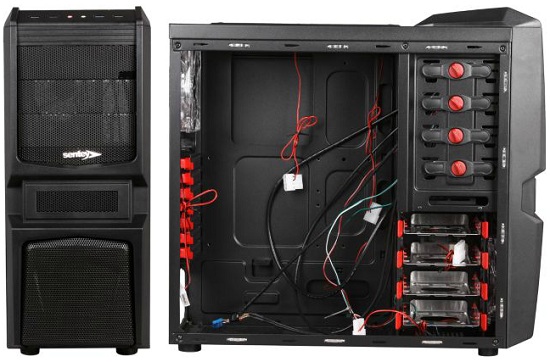 Compact case from Sentey for those who like the simple things