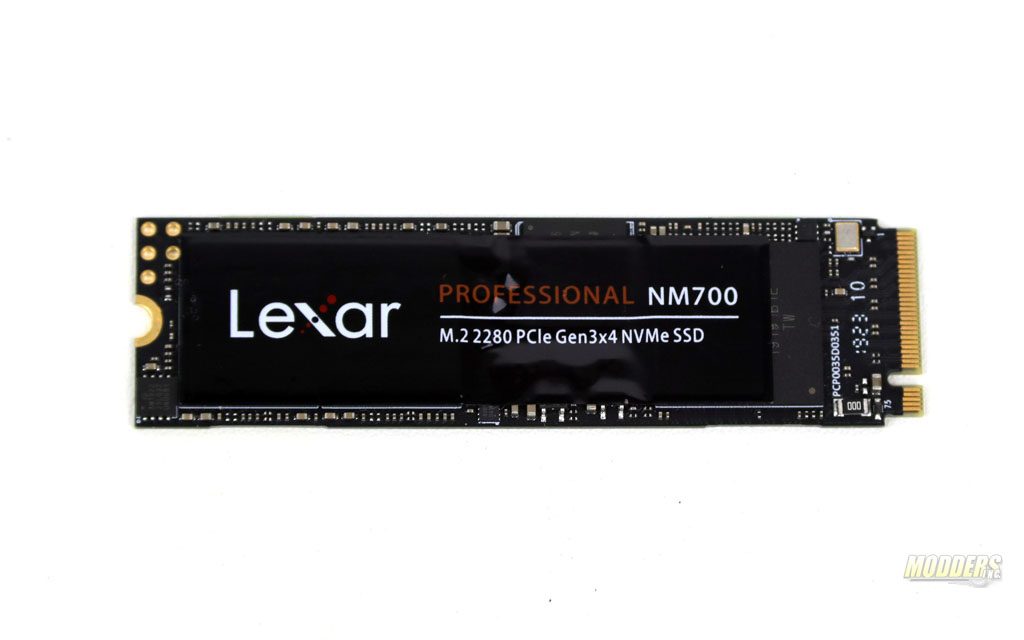 Lexar Knows Flash, But Do They Know NVMe?

Announced back in May, we are finally getting a look at the performance of the Lexar Professional NM 700 NVMe SSD, as Kitguru has a  look at the 1TB TLC drive.  The PCIe 3.0 controller on the drive is the Marvel 88SS1092-BTB2 and while there is a DRAM cache, Lexar doesn’t state the size nor is it silk screened on the chip itself.  The packaging claims the drive is capable of sequential reads of up to 3500 MB/s, sequential writes of 2000 MB/s.

In testing, Kitguru found the drive to perform as advertised even when 75% full, though there was a small drop in performance it was not enough to be noticeable in normal use.  You can find the 256GB and 512GB models for sale, the 256GB offers slightly lower performances of 3500/1200 MB/s while the 512GB matches the 1TB model and sells for $87.  The 1TB was spotted on another website for $190, the previous model NM610 sells for about $154 so that may be accurate.

That pricing is somewhat unfortunate as the competition offers similar drives starting at $50 less and going down from there.  It is possible that some users might benefit from the Low-Density Parity Check error code correction present on the drive, which is not found on every NVMe SSD.

In the sea of storage, it is pretty easy to get lost. I always get questions from friends on what to get to replace their old spinning disk drives. The solution almost always lies with NVMe SSD drives. When picking the NVMe storage devices it always comes down to price vs performance.