Barracuda Is Back, The Seagate 120 1TB SATA SSD 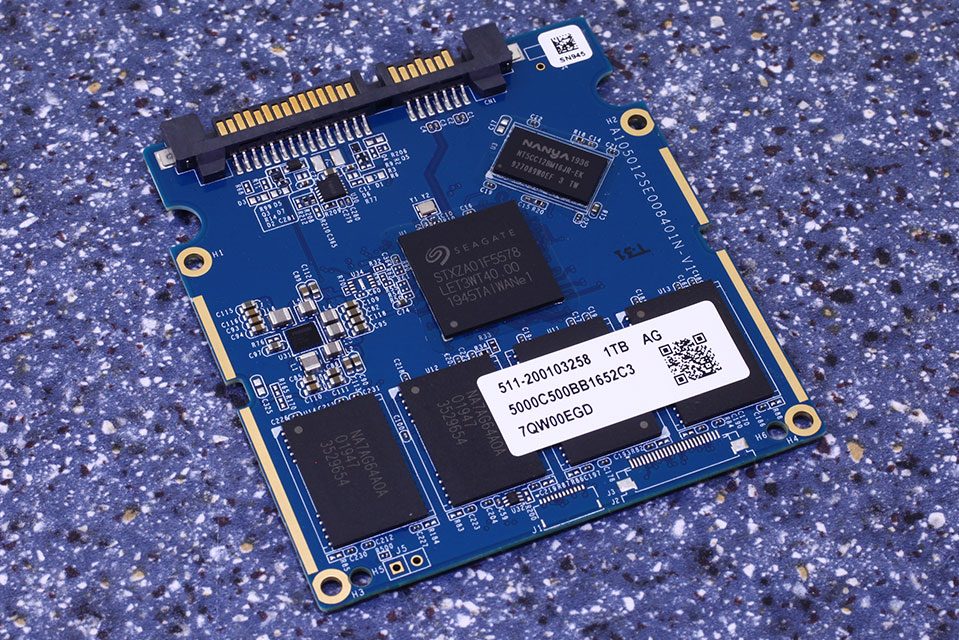 The Seagate 120 1TB SATA SSD is a new-ish member of their Barracuda lineup of drives, containing a 256MB DDR3-1866 to store mapping tables and also contains a cache in addition to the Intel flash and custom eight channel Phison controller.  They were effective in overcoming the downfall in write speeds most TLC drives encounter with writes,  TechPowerUp’s testing showed a solid 500MB/s write even with large files.

In their comparison testing they saw the Barracuda 120 perform within 1% of the performance of Samsung’s 850 Pro and it was able to outperform other PCI-Express M.2 NVMe-based TLC drives in some tests which make this a rather attractive drive to stick in one of your unused SATA ports.  A fast M.2 SSD will give you around 25% faster performance, PCIe 4.0 or 3.0 won’t make much difference, but it will cost you more to pick up

That leads us to the price of the Seagate Barracuda 120 which is currently $115, which puts it in the same price range as a decent M.2 NVMe SSD.  That makes recommending this drive a bit harder for a system drive.  However if you have populated your motherboards available M.2 ports, this would be  a decent choice to expand your storage options by making use of your SATA ports.  Check out the full review to see how it really performs.

In our Seagate BarraCuda 120 review we'll take a look at synthetic and real-life performance of this 2.5" SATA SSD. According to our test results, the drive is among the fastest you can buy in this form factor, and write sustainability is pretty much perfect, there is no TLC write hole.