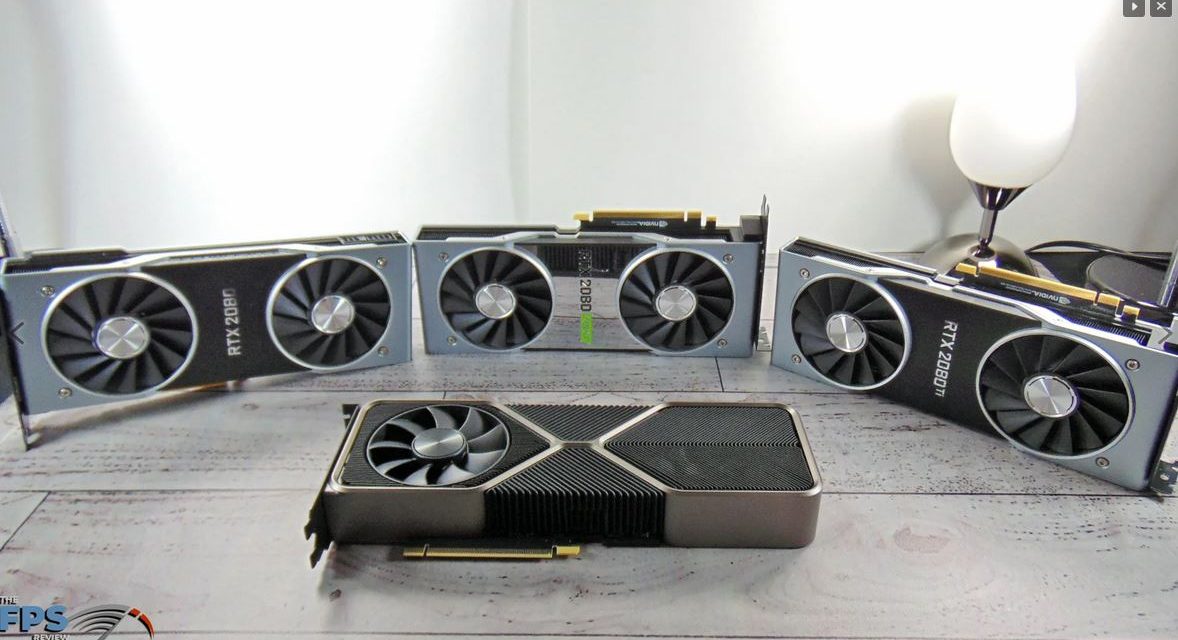 Touring Through The $699 Reviews

The new NVIDIA GPU is, among other things, the first PCIe 4.0 device not relying on a certain Phison controller, not to mention the only GPU on the new bus.  This has lead to even more benchmarking runs, as we need to compare the performance of PCIe 3.0 versus PCI 4.0 performance and since AMD offers the only platform that supports PCIe 4.0 it meant many reviewers needed a new benchmarking system.  To spoil the surprise, except in certain synthetic benchmarks there is no noticeable performance difference between PCIe 3.0 and 4.0.

What was noticeable was the CPU used to test the graphics card, as the RTX 3080 spends quite a bit of time waiting for the CPU to catch up in games which are at least somewhat CPU bound.  Our testing focused on the performance you can expect from a AMD Ryzen 9 3900X based system, so you can check out some of the other sites below to see how your favourite CPU will perform.

The FPS Review, for instance, tested a Ryzen 7 3700X and it is a perfect demonstration of the issue.  While their RTX 2080 Ti and RTX 2080 FE results almost perfectly match our results in 3DMark TimeSpy you can see a difference in the RTX 3080 FE results.  While they saw a score of 16001, our Ryzen 9 hit 17875 and this is even reflected in some games, such as Metro Exodus and those sites which used an Intel-10900k saw even better results.  Recall again that there is no difference between the two different PCIe generations.

The other big change to testing was 4K; while testing at 4K is not new, getting good results certainly is!  The new RTX 3080 can handle any current game at 4k, with or without DLSS as long as you don’t enable ray tracing.  If you intend to make use of ray tracing you need to keep in mind that it still has a large impact on performance, often halving the average frame rate you see when gaming.   However with the new DLSS, you should still be able to crank every graphics setting up to 11, including ray tracing and see playable frame rates.  Otherwise drop down to 1440p and enjoy the benefits of your high refresh rate monitor and every graphical bell and whistle available in the game.

There are quite a few reviews to go through, which should help you pass the time until the RTX 3080 Founders Edition hits the shelves and we finally find out about availability and the actual pricing.

These RTX 30 series cards upgrade is a much bigger upgrade than what the Turing generation, GeForce RTX 2000 series brought to standard, rasterized, gameplay performance. For those currently on the Turing architecture (GeForce RTX 2000 series) the new Ampere GPUs promise to bring much improved and finally useful levels of performance with NVIDIA RTX features like Ray Tracing and DLSS.