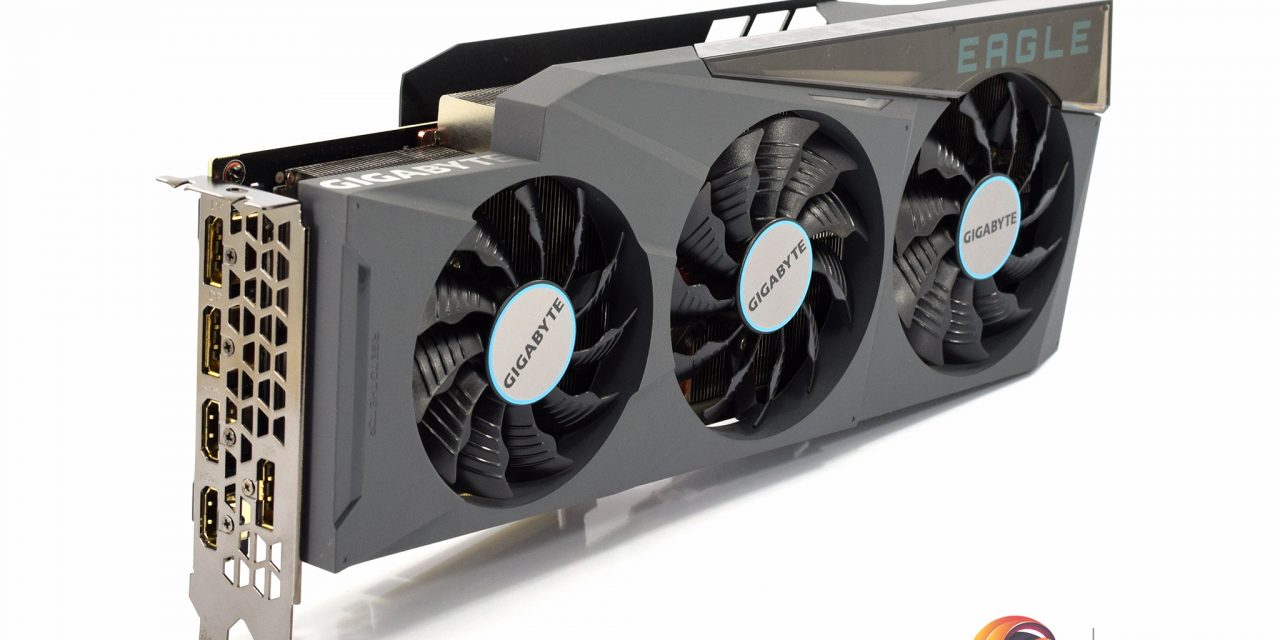 The dust cloud has settled and some people came out with an RTX 3080 but for most of us we remain empty handed, and pondering things we never should.

That has to be legit, just ignore the stolen picture, right?  Insanity aside, reviews of third party RTX 3080’s have begun to appear and Gigabyte’s RTX 3080 Eagle OC seems to sport the highest factory overclock, so take a peek at Kitguru’s review here.  The memory size and frequency remain the same, regardless of what certain people may have tweeted about, but the Boost clock has been bumped up to 1755MHz from the stock 1710MHz which has an effect on the power draw, which is up to 340W from 320W.

The biggest change on this, and other partner boards is the power connector.  While the Founders Editions sport the interestingly placed 12 pin power connector all these boards have two 8-pin power connectors situated exactly where you would expect them to be.  This did not seem to have any effect, neither good nor bad on sustained clocks or power delivery.

The factory overclock was enough to push an extra 1-2% over the frame rate seen on the FE cards, but that was about it. When Kitguru tried to push it further with MSI Afterburner they eked out another 40MHz on the GPU and 750MHz on the memory.  It seems that NVIDIA has already set the frequencies on Ampere cards close to the limit of the silicon at stock but we shall see as more reviews come out.

This card is currently priced at the $699 MSRP, though out of stock everywhere.  As the card maintained a frequency of 1913MHz for a full 30 minutes in the Time Spy stress test you would be getting a bit more bang for your buck over the Founders card with only a small increase in noise as well as the increased power draw.

There are more models below to check out as well.

We review and benchmark the GeForce RTX 3080 Founder edition graphics card as NVIDIA just unleashed this second-to-fastest, but first model in the RTX 30 lineup, which promises to offer a truckload of performance paired with graphics eye-candy all-over.