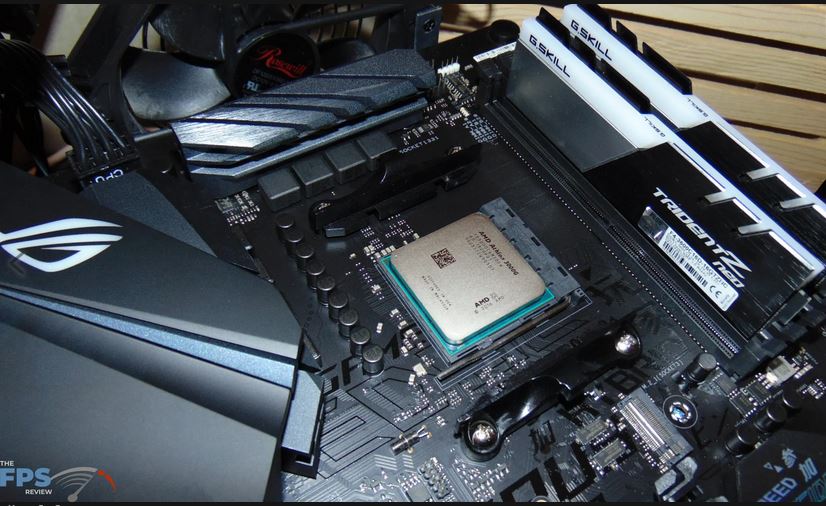 AMD’s Athlon 3000G is a year old now, with all of the updates since the release the chip should be at the peak of it’s performance, which is why The FPS Review has decided to revisit the performance of the APU.  The dual core, 3.5GHz 3000G is a 12nm Zen+ Picasso chip with a Vega 3 GPU running at 1100MHz containing 3 CUs, 192 stream processors, with 4 ROPs and 12 TMUs.

The FPS Review discovered that while you can successfully overclock the GPU, you should do so in the BIOS and only adjust the frequency, letting the system automatically adjust the voltages.  By doing so they hit a 1600MHz GPU frequency, which did have a significant impact on performance in games.  The problem is that the bump is still not enough to bump frame rates high enough to be able to game with, for instance Far Cry 5 at low quality settings jumped from 23fps to 31fps while the newest Tomb Raider went from 28fps to 37fps.

As to the CPU portion, it to can be given a nice bump by overclocking it, in this case it is better to manually adjust voltages, doing so should get you up to 4GHz.  That overclock pushes the performance to match the Ryzen 5 3500U in single threaded apps, though the multi-threaded 3500U still beats it when higher core counts matter.

In the end, this looks like a good chip for a system you would browse on and run Office applications, but if you want to game you are going to need a discrete GPU to help out the Athlon 3000 even after all the AGESA and driver updates.

Now it is time to look at the gaming performance the Vega 3 graphics integrated into this APU allow on the 3000G. To make the same comparison we will continue to use our Lenovo Laptop with the AMD Ryzen 3500U which contains Vega 8 graphics.