If you already own an ASUS X570, B550 or A520 motherboard, of which there are quite a few different models, all you will need is a BIOS update to be able to drop in a new Ryzen 5000 series (aka Zen 3 to make it even clearer) and boot up and run.  As usual you will also see other improvements along with the increased support so you should consider the update even if your system is currently running happily. 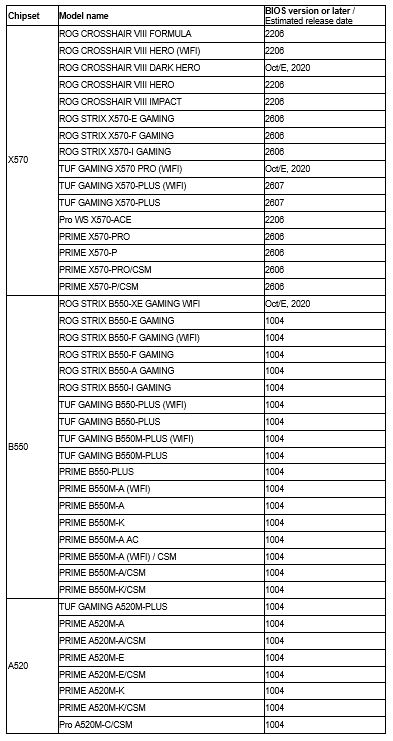 If you are looking for a new motherboard, you can take a look at the ROG Crosshair VIII Dark Hero.  This is the first X570 board from ASUS which is completely passively cooled, even with the hot PCIe 4.0 controller found onboard.  While the overall design is black theROG logo on the chipset heatsink and I/O shroud sport Aura RGB LEDs to give a little colour to your system.   The inclusion of 16 90 amp power stages for the CPU VRM will be good news for overclockers while the SupremeFX S1220 codec and ESS ES9023 DAC will be music to other’s ears. 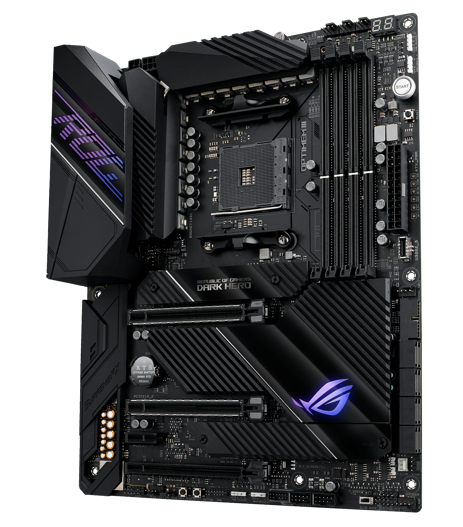 The next newcomer is the TUF Gaming X570-Pro with a variety of features such as specialized heatsinks for the chipset, VRM and M.2 slots, hybrid fan headers controlled by Fan Xpert 4 software as well as both 2.5G Ethernet and Intel WiFi 6.  As with all TUF products you will get military grade components and Digi+ VRM.  This board does feature active cooling to ensure stable performance. 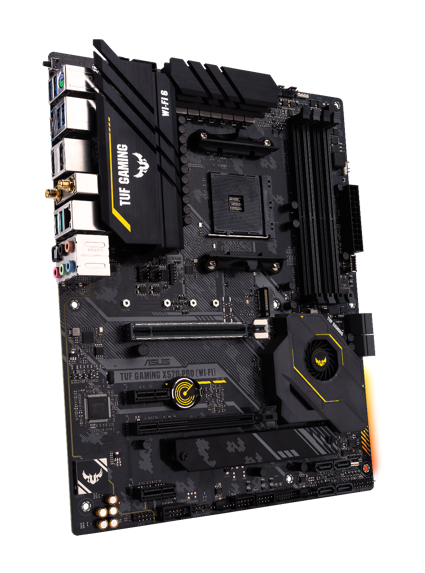 Last up is an all new flagship B550 board, the ROG Strix B550-XE Gaming which also sports 2.5G Intel Ethernet, and Intel WiFi 6 AX200 but also adds a total of six M.2 slots thanks to the Hyper M.2 x16 card which splits those lanes to four M.2 slots.  This board also actively cools VRM components but also incorporates a connecting heat pipe and an integrated aluminum I/O cover to cool several other hotspots on the board.

Your power subsystem is the same as is found on the ROG Crosshair VIII Dark Hero so don’t dismiss this board as just a B550. 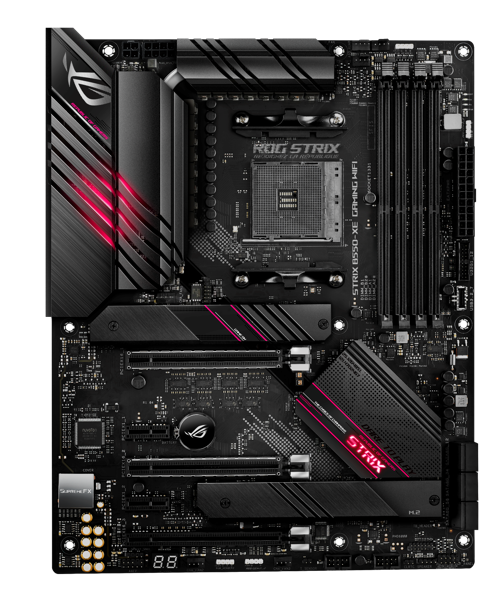