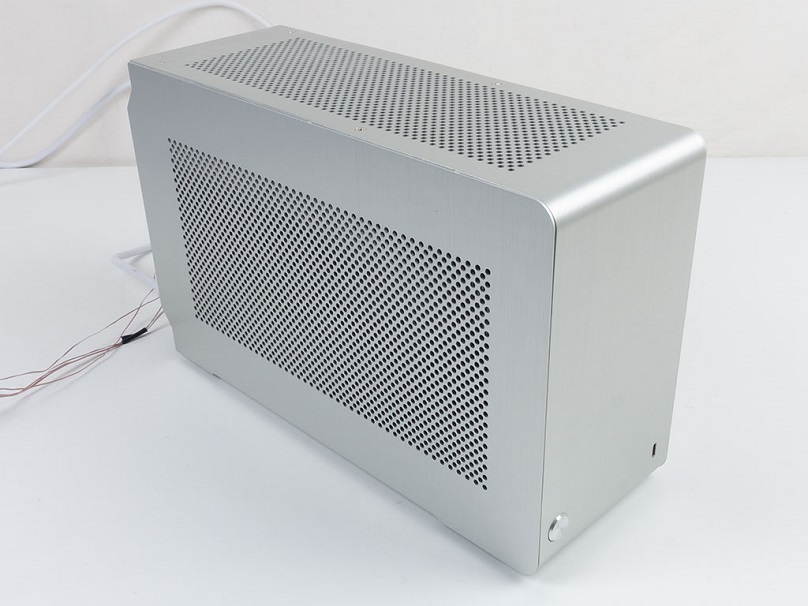 In order to fit in the GPU a PCIe riser cable is included to allow you to install the GPU behind the motherboard which allows it not just the full length of the case to stretch out in but also thermally isolates it.  With a case that small it is necessary to be inventive to ensure you keep your temperatures under control.

The front of the case features no branding to interfere with it’s good looks offers a USB 3.2 Gen2 Type-C connection and a power button, nothing else.  The mesh sides offer a path for heat to escape as the two 92mm fans are optional to install, you could depend on the CPU cooler, GPU exhaust and SFX/SFX-L PSU fan.  One of the 92mm fans can fit under the motherboard without interfering with other components however the second would require you to remove the drive bay, which is a drawback if you were intending to populate the three 2.5″ bays.

TechPowerUp loaded the case with a Core i5-9600K on several different motherboards and both an RTX 2080 and GTX 1650, discovering that no component came near to 90C even under their torture test, producing a peak sound pressure of 47.5dBa.   For the most part the temperatures sat in the same range you would get in a larger case and there was no thermal throttling.

Take a look inside!

Available in black or silver, you may also buy several small bits and pieces to push the system to the limit with your hardware set without compromising on the core components or even overall storage capacity. 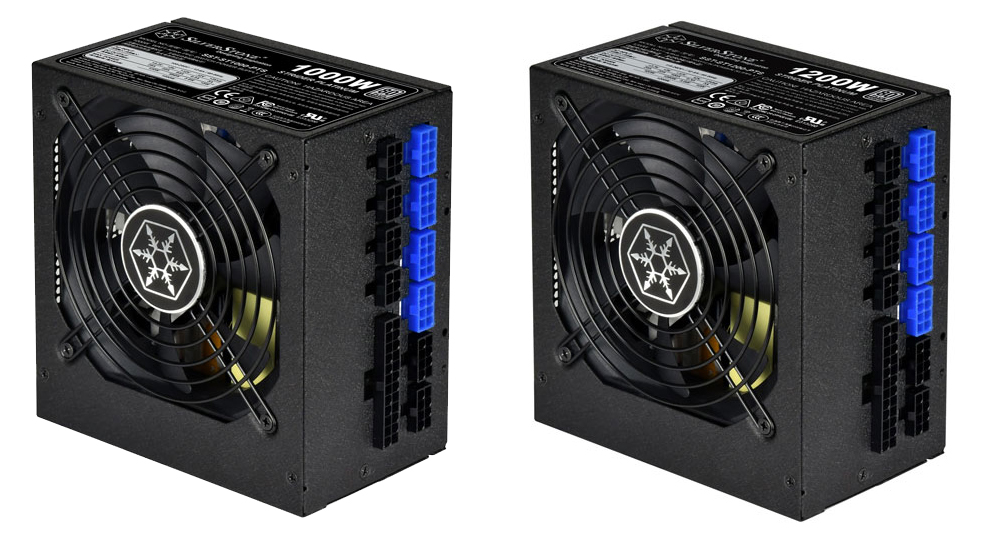