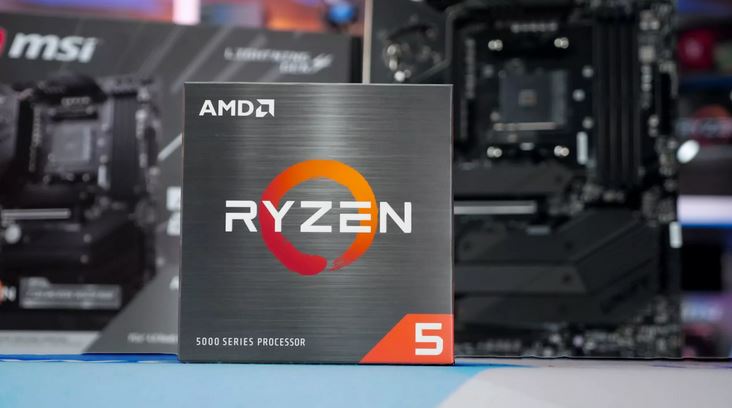 In some ways the Ryzen 5 5600X is half of the Ryzen 9 5900X*, specifically the core count and L3 cache; the power draw of 65W being just a wee bit more than half of 105W.  However, it is clocks that count in many cases and both processors have a base clock of 3.7GHz, though the peak is a little lower on the 5600X at 4.6GHz, still a decent frequency for the price.

Since many of our beloved games and programs are still not all that dexterous at using multiple cores, this suggests that for a lot of users the Ryzen 5 5600X will satisfy their needs and that is what TechSpot investigated.   They fired it up on an MSI X570 Godlike with four 8GB G.Skill TridentZ DDR4-3200 CL14 DIMMs and cooled it with a Corsair iCUE H150i Elite Capellix AIO.  Also staring in the gaming reviews is an RTX 3090 which should make it obvious if this processor is able to keep up in a system where most savings went into the graphics subsystem.

In the productivity results we see that the 5600X is indeed faster than the old standard CPU, the Ryzen 5 3600, but perhaps not by a significant enough of a margin to make that a reasonable upgrade path.  The same is true of the Ryzen 7 3700X, the new 5600X tends to be on top, sometimes by a noticeable margin.

Games testing is a bit more interesting, as we see different results dependant on the game engine, but overall what TechSpot saw was a chip that offers an average increase of 20% on the test platform running at 1080p to emphasis the CPU.  This, and other results suggest that if you would prefer to spend money to upgrade to a more powerful GPU then you should consider an newer CPU as it will make a difference.

Read through the full review to see if you should aim higher, or if you are far enough behind that the Ryzen 5 5600 makes sense for you.

*Also, one of the nines is upside down.