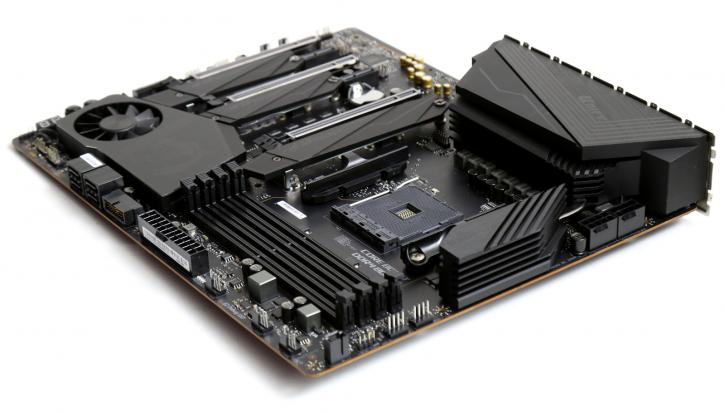 Looking For Something To Match Your Zen 3 CPU?

MSI’s MEG series have made a big impression with enthusiasts since they arrived, offering a wide assortment of features as well as rock solid performance.  The MSI MEG X570 Unify also pleases those who aren’t looking for a motherboard doesn’t make your case look like it houses a highly radioactive clown; for there is a complete lack of RGB-itis.

The feature set on this board includes three M.2 connections, a pair of 16x PCIe 4.0 sloty, 2.5 Gbp  LAN, WiFi 6, four USB3.2 Gen.2 ports, one of which is USB-C and a huge list of other features which the Guru of 3D lists in their review.  The board will support up to DDR4-4600, though for this review they chose to go with AMD’s recommended DDR4-3600.  You will have to forgive them for the Matisse CPU in the review, as there has been numerous other reviews which delayed this review, not to mention the rarity of the Ryzen 5000 family.

As they tested the motherboard they came to two conclusions.  The first being that as far as the MEG series goes this isn’t the most feature rich board, even though it offers more than many others, it isn’t up to the level of previous MEG motherboards which makes the almost $300 price tag unattractive.  On the other hand the overall design of the board is extremely attractive and the layout is very well thought out.  The aesthetics were good enough in their minds to justify the price and win MSI an award.

Check this one out if you are shopping for a high end X570 motherboard.

In this review, we look at the MSI MEG X570 Unify. Priced at $280 MSI delivers an all dark X570 motherboard that has been loaded with features like 2.5 Gbit LAN and AX WIFI, and looks that make this board seem like Batman's toolbelt.