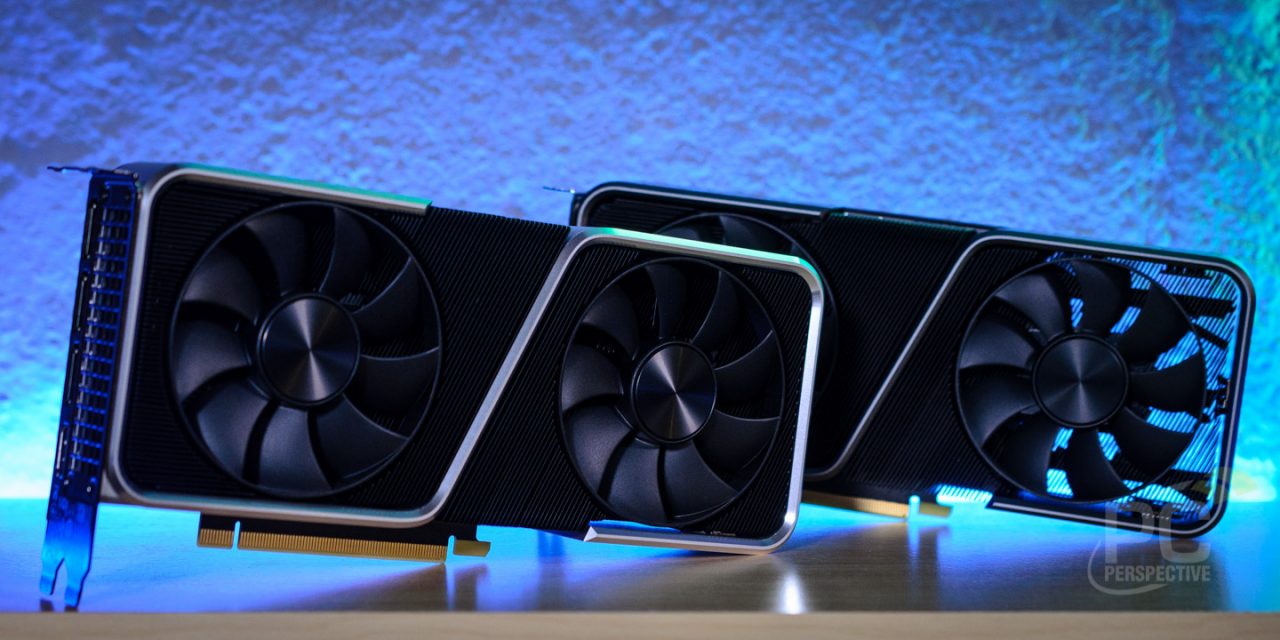 NVIDIA Sets The Bar High At 399

This review is going to be pretty short. NVIDIA’s GeForce RTX 3060 Ti is here, and it helps round out the RTX 30 Series lineup with a card at the ~$400 level (in a world where GPUs are available at any – let alone list – price). And the performance? As you’ll see it’s very good for $399, marking a substantial upgrade over the RTX 2060 Super at the same theoretical price level.

And please understand, as this is a launch review we haven’t seen availability yet. This particular model – the Founders Edition – will be sold exclusively through NVIDIA.com and Microcenter – at the $399 list price. These cards may last seconds, minutes, or possibly even hours. Who knows! We can only judge the card based on a theoretical price level, something recent AMD and NVIDIA cards can not currently be found anywhere near, to the consternation of many.

Please direct your attention to the center of this table:

By the way, the presence of the RTX 2080 Super on the table above is especially important here as NVIDIA targets that card’s performance for this new GPU, indicating that the RTX 3060 Ti is actually faster than a 2080 Super, and not just an RTX 2080. 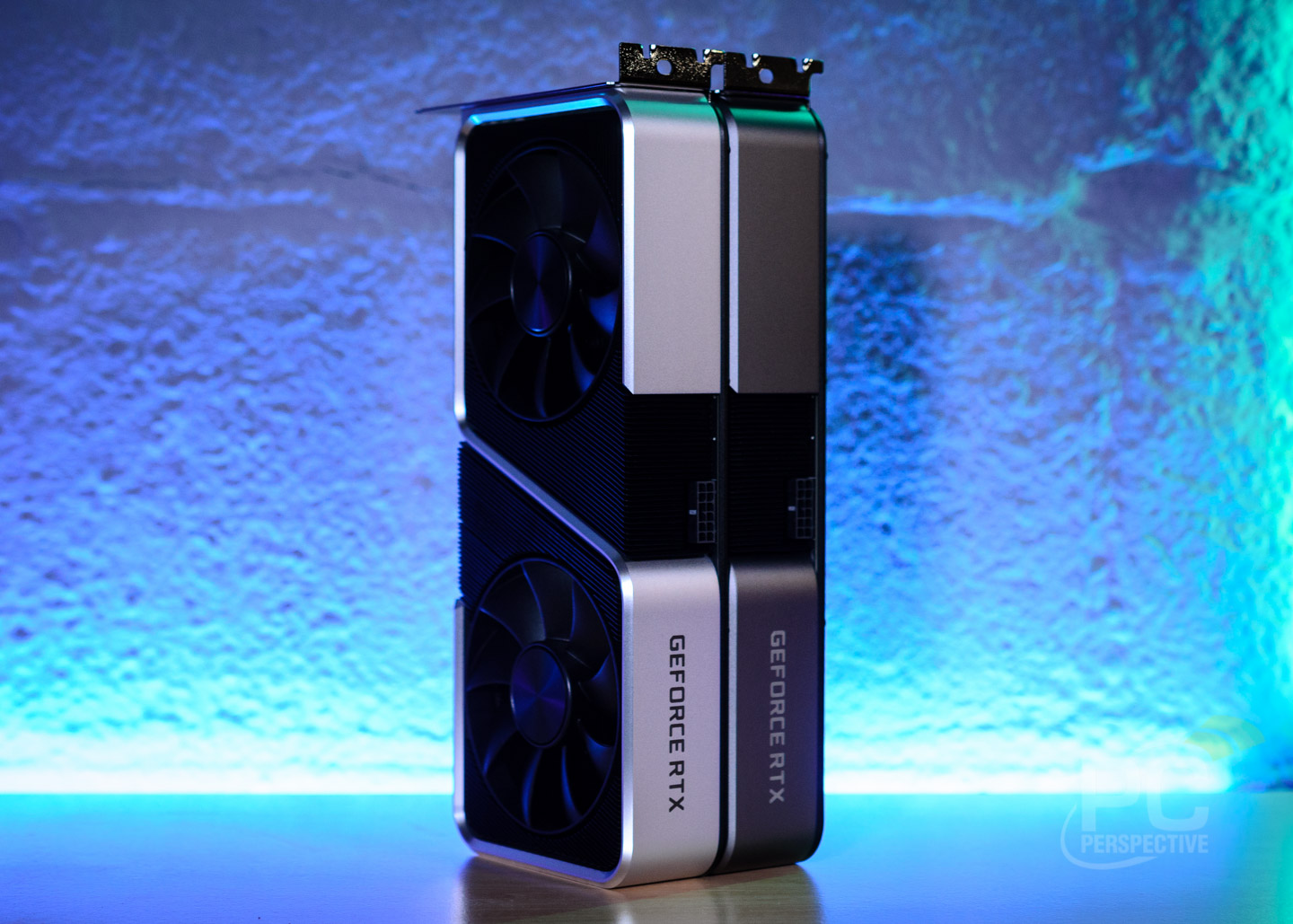 NVIDIA’s design for the RTX 3060 Ti Founders edition card is exactly the same as the RTX 3070 Founders Edition, other than the color and the fact that the logo doesn’t light up. You might notice the lighter aluminum frame, compared to the previous darker hue (silver vs. space grey, basically). That’s it. Everything else is the same right down to that ever-popular 12-pin power connection. 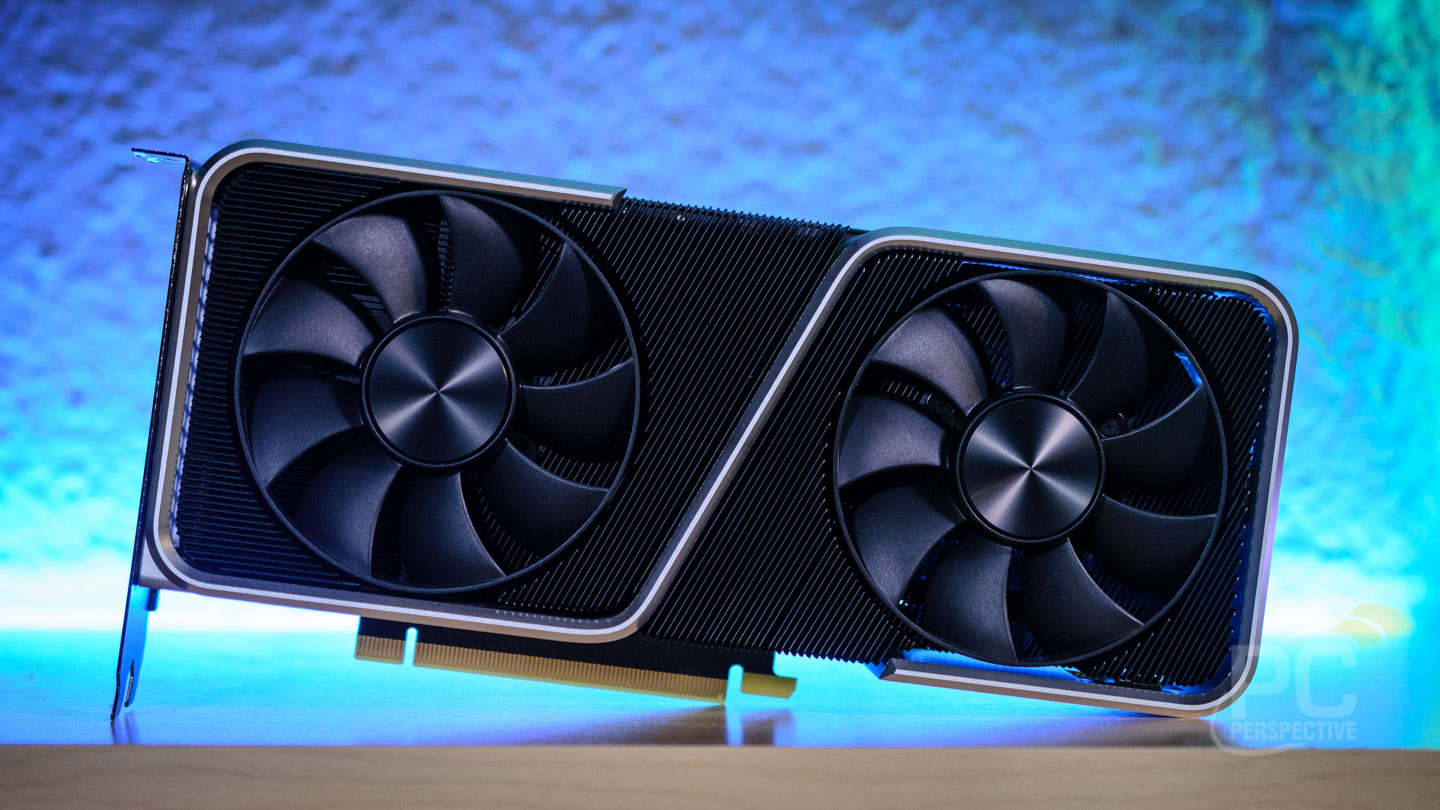 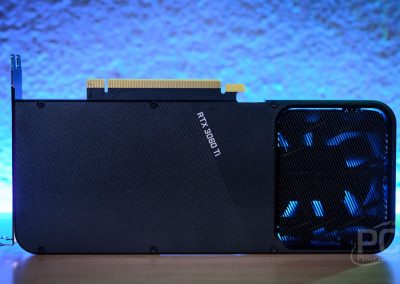 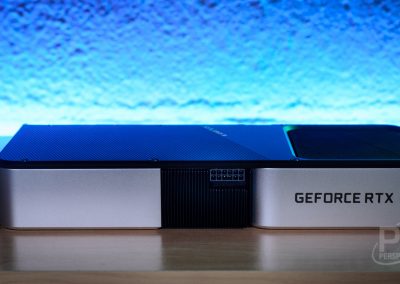 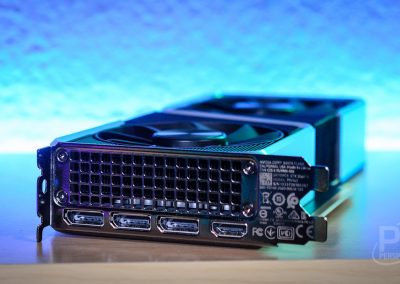 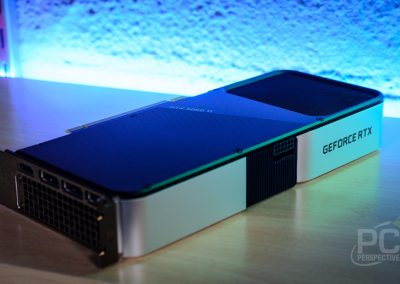 I heartily recommend a glance over our earlier RTX 3070 Founders Edition review for some better photos of what amounts to the same design – with a slightly darker grey finish.

As mentioned in the intro performance with the RTX 3060 Ti is a substantial upgrade over the RTX 2060 Super. In fact it’s faster than an RTX 2080 (and a 2080 Super, according to NVIDIA), making this a no-brainer at $400 in a world where buying new GPUs at theoretical list prices is a possibility. But enough about what will doubtless be another frustrating 2020 tech product launch, and on to the charts!

Note: I focused on performance relative to a 2060 Super when benchmarking, and did not re-test the 2080 Super on the current GPU platform. I have recommended that I be fired immediately for this display of ineptitude. 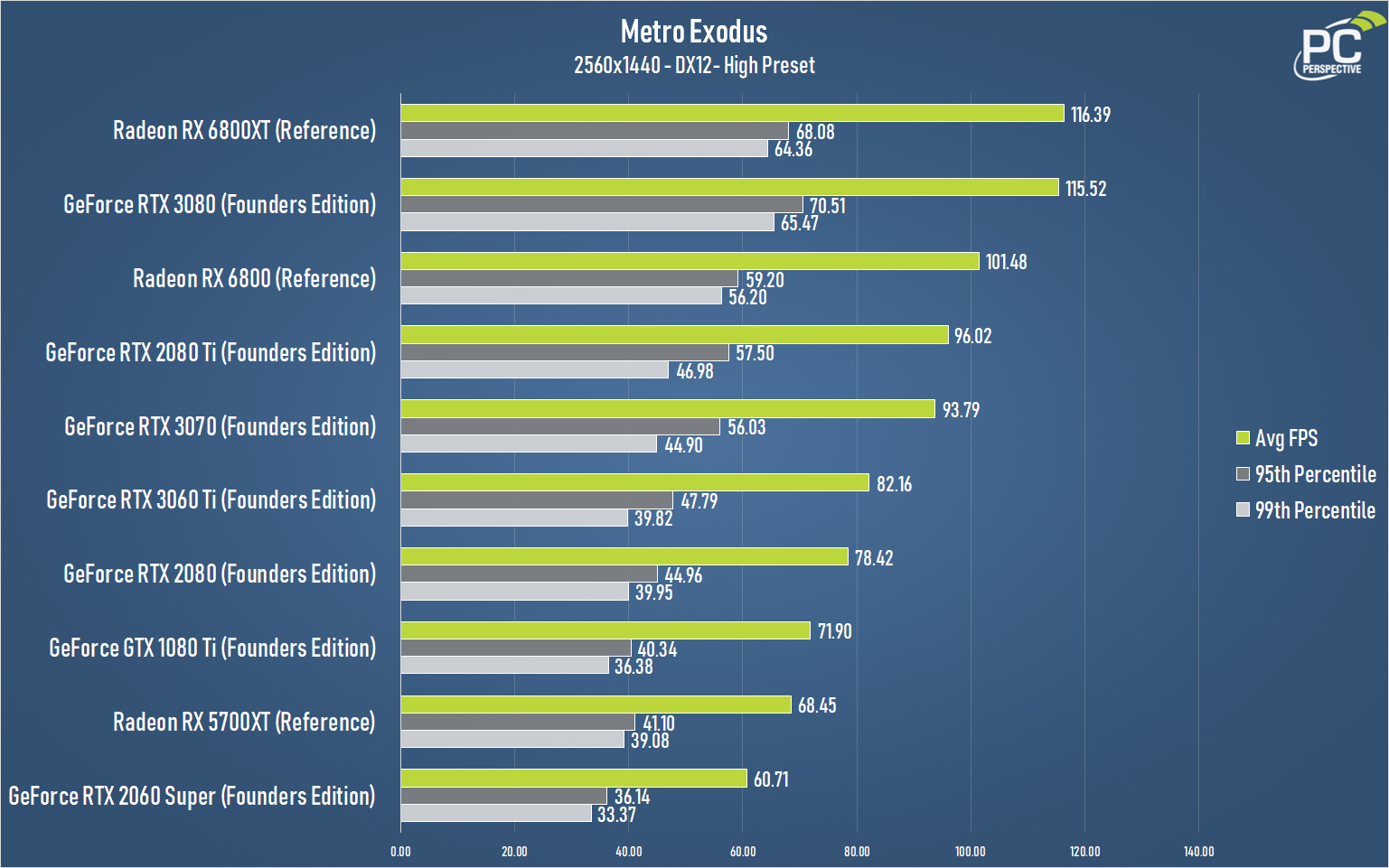 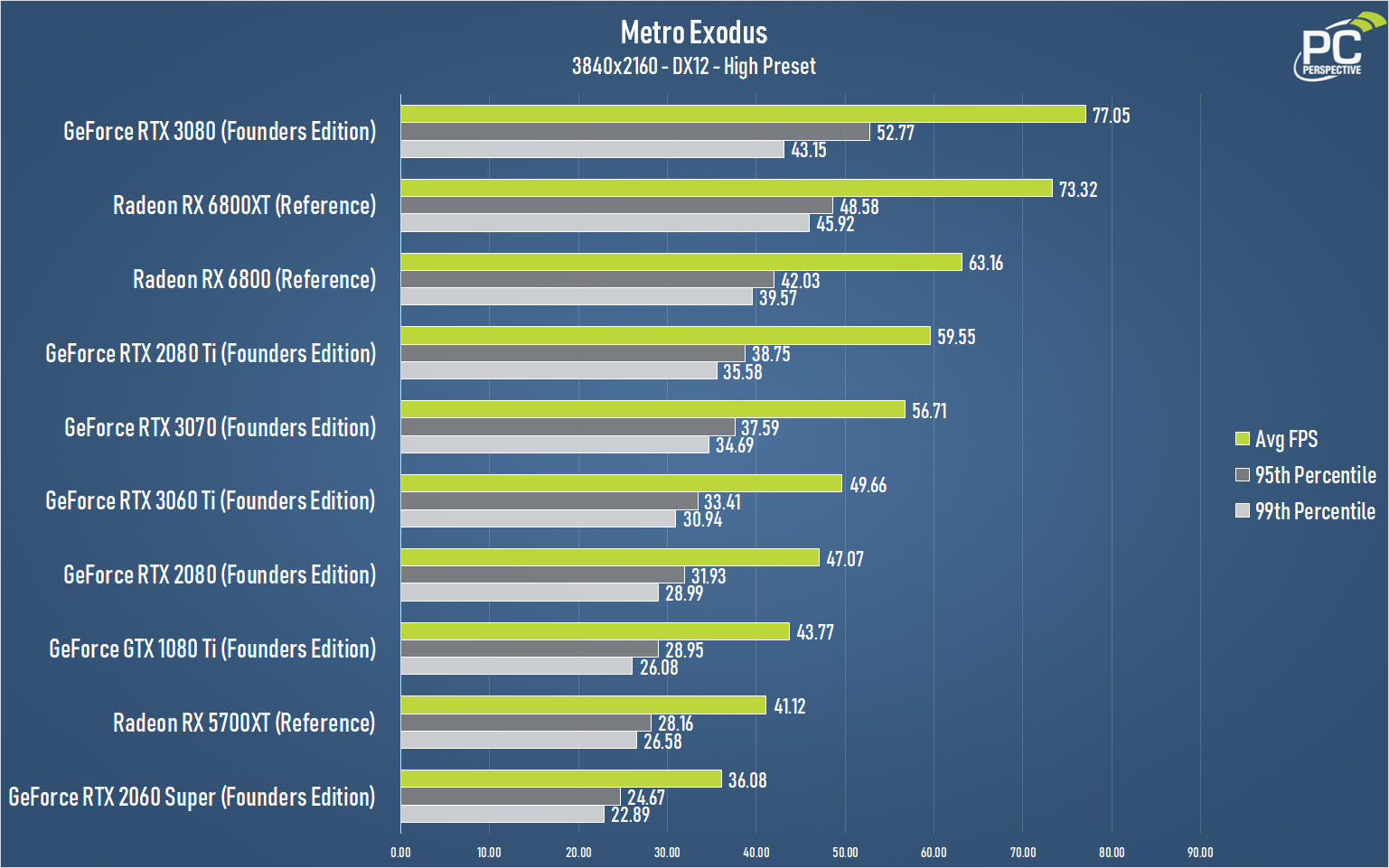 Moving quickly along, we look at another DX12 title, with The Division 2 run using that API at the “high” quality preset. 2560×1440 first: 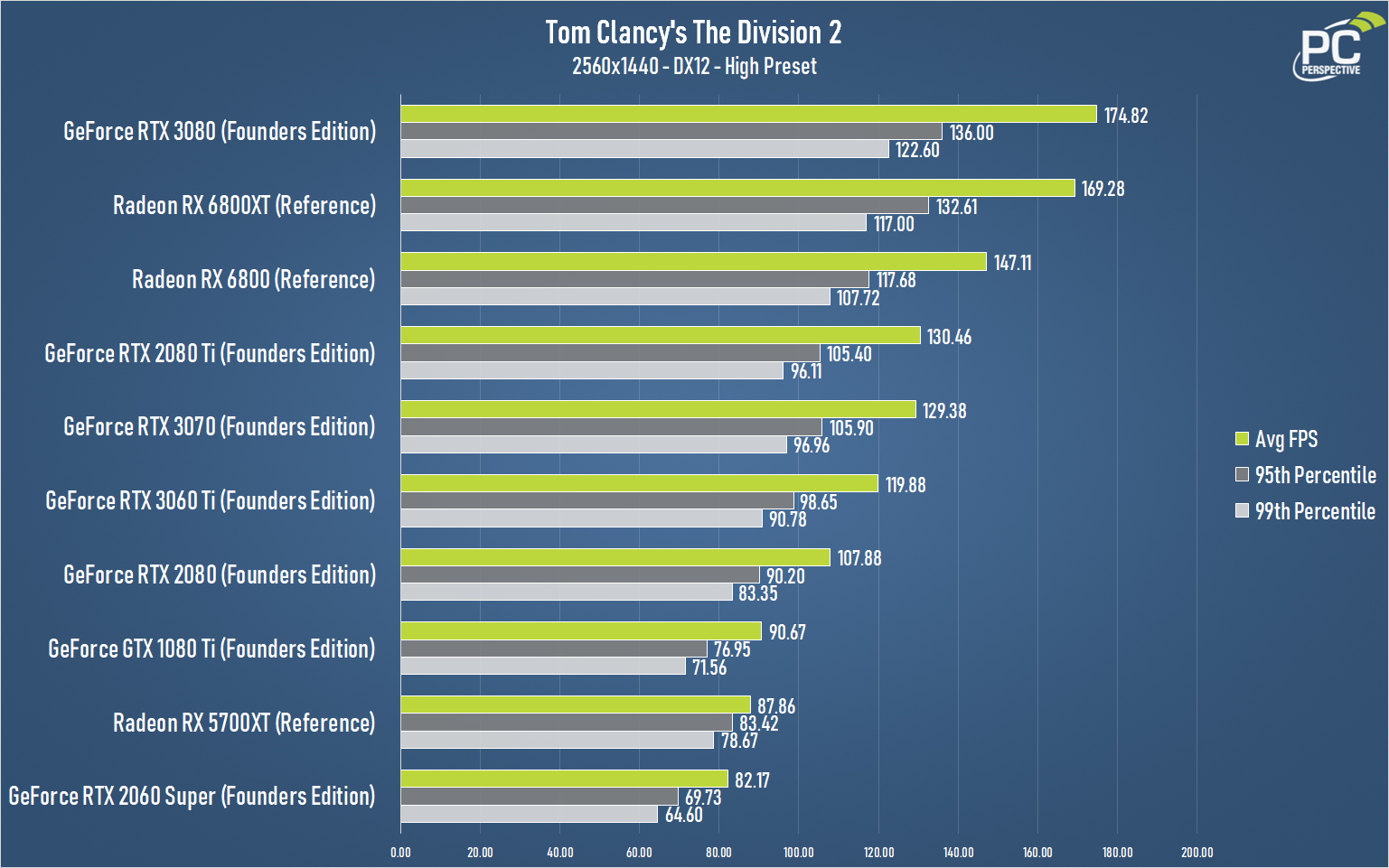 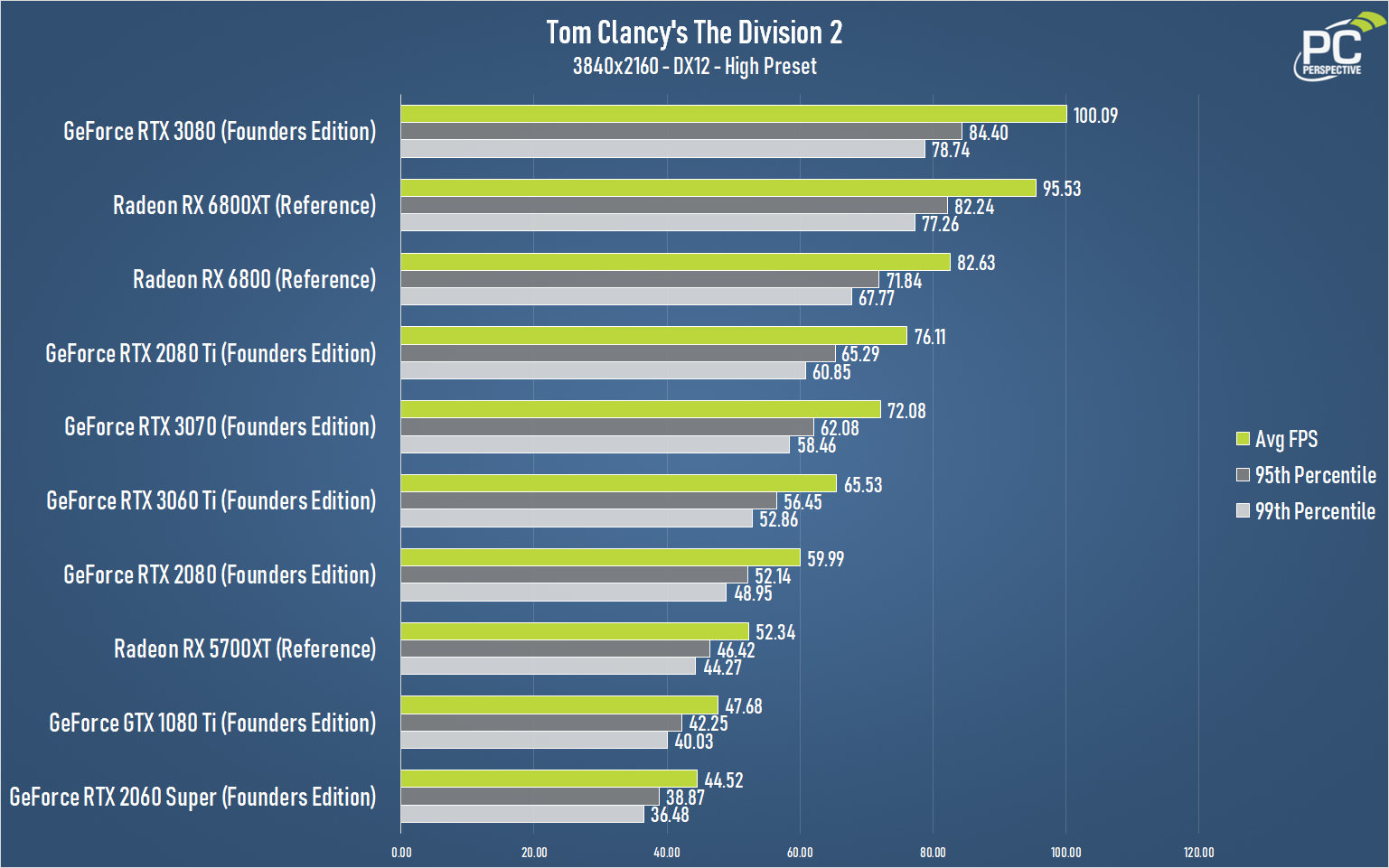 At 4K the performance scales nicely, and we have essentially the same result here relative to the 2080 and 3070. 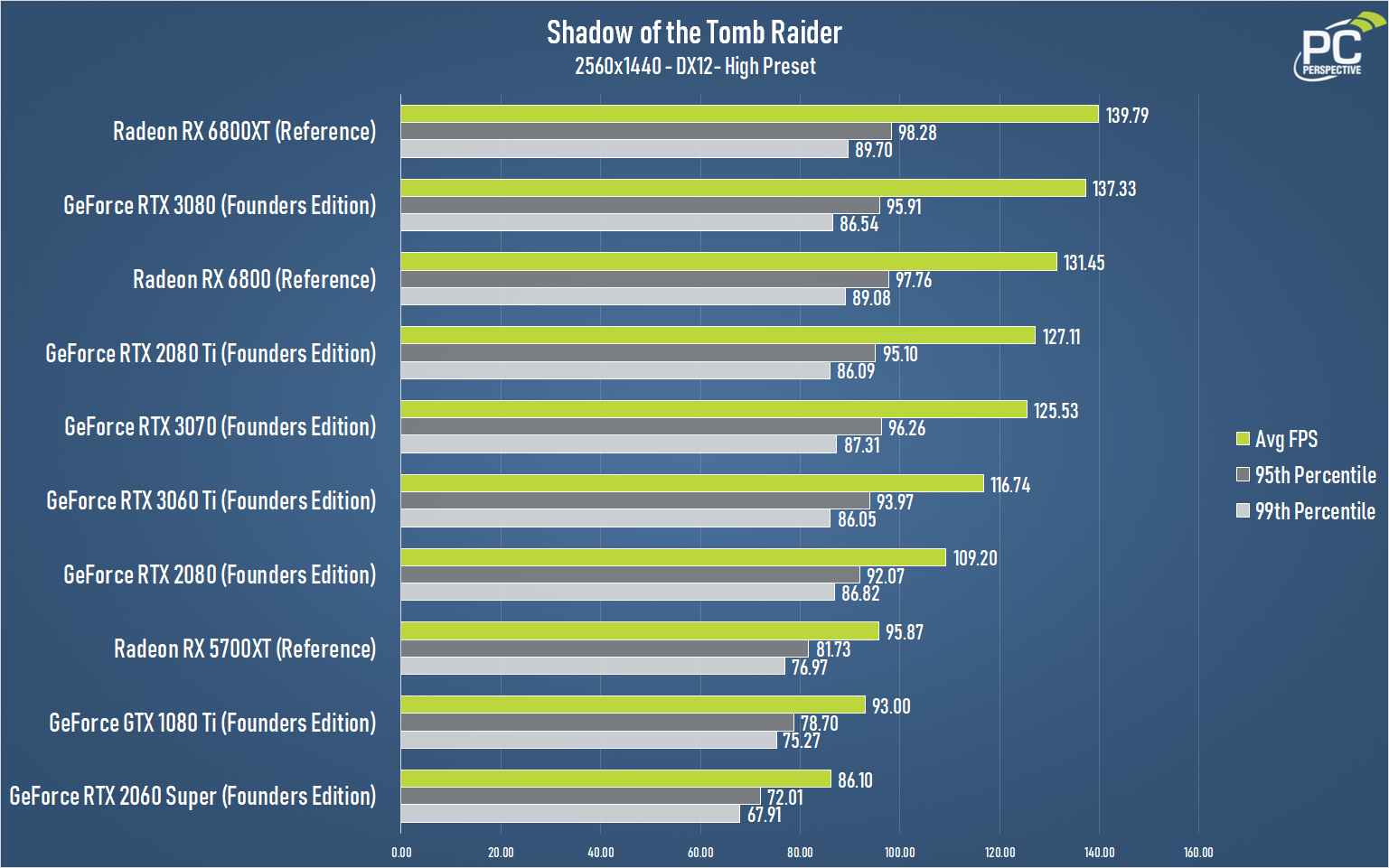 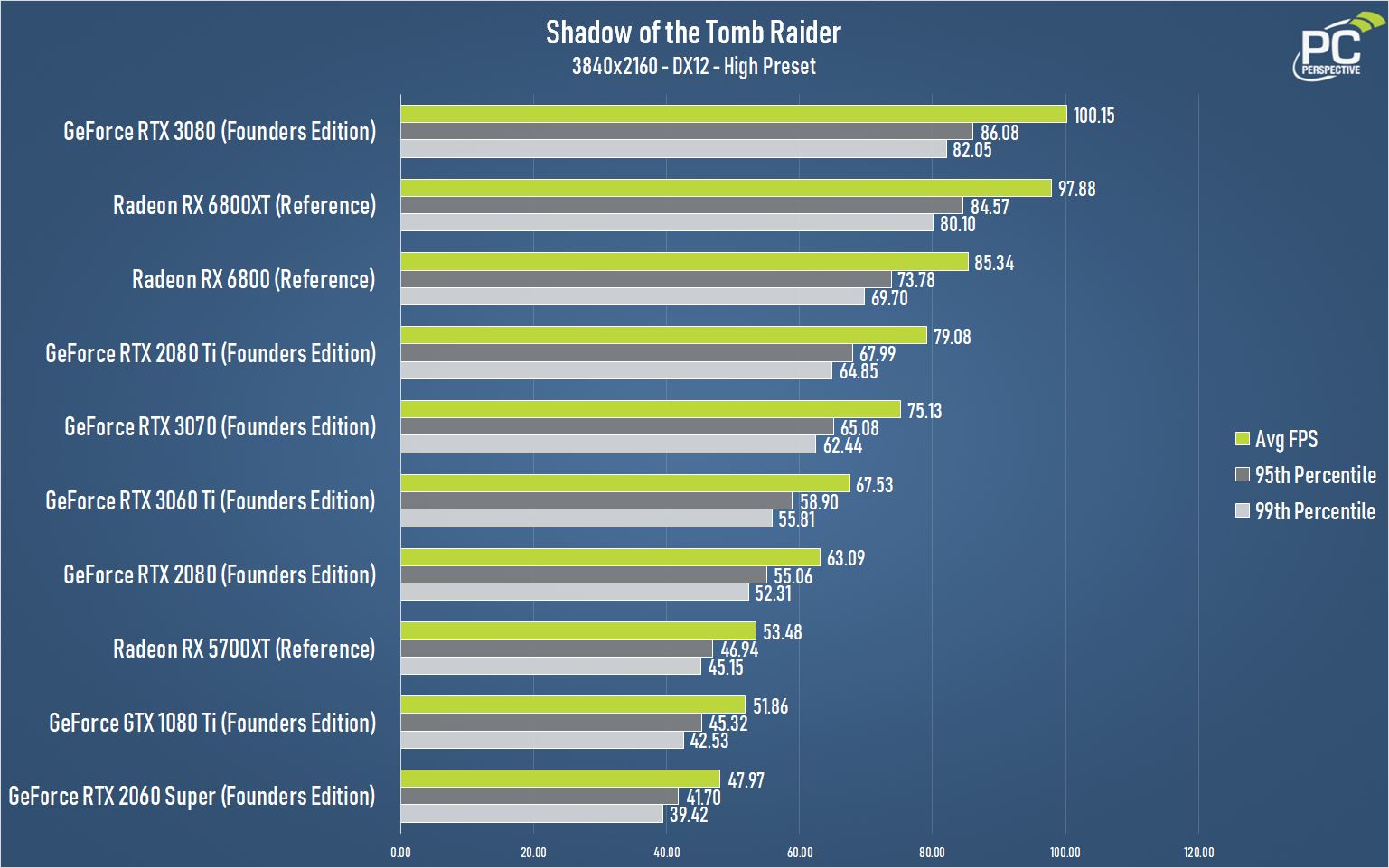 No surprises here, with similar gains over the RTX 2080 to those seen from The Division 2.

A decidedly AMD-optimized title, DiRT 5 provides a “worst-case” scenario for NVIDIA cards. This marks the only occasion in which the RTX 3060 Ti did not beat the RTX 2080, instead effectively matching it at 1440: 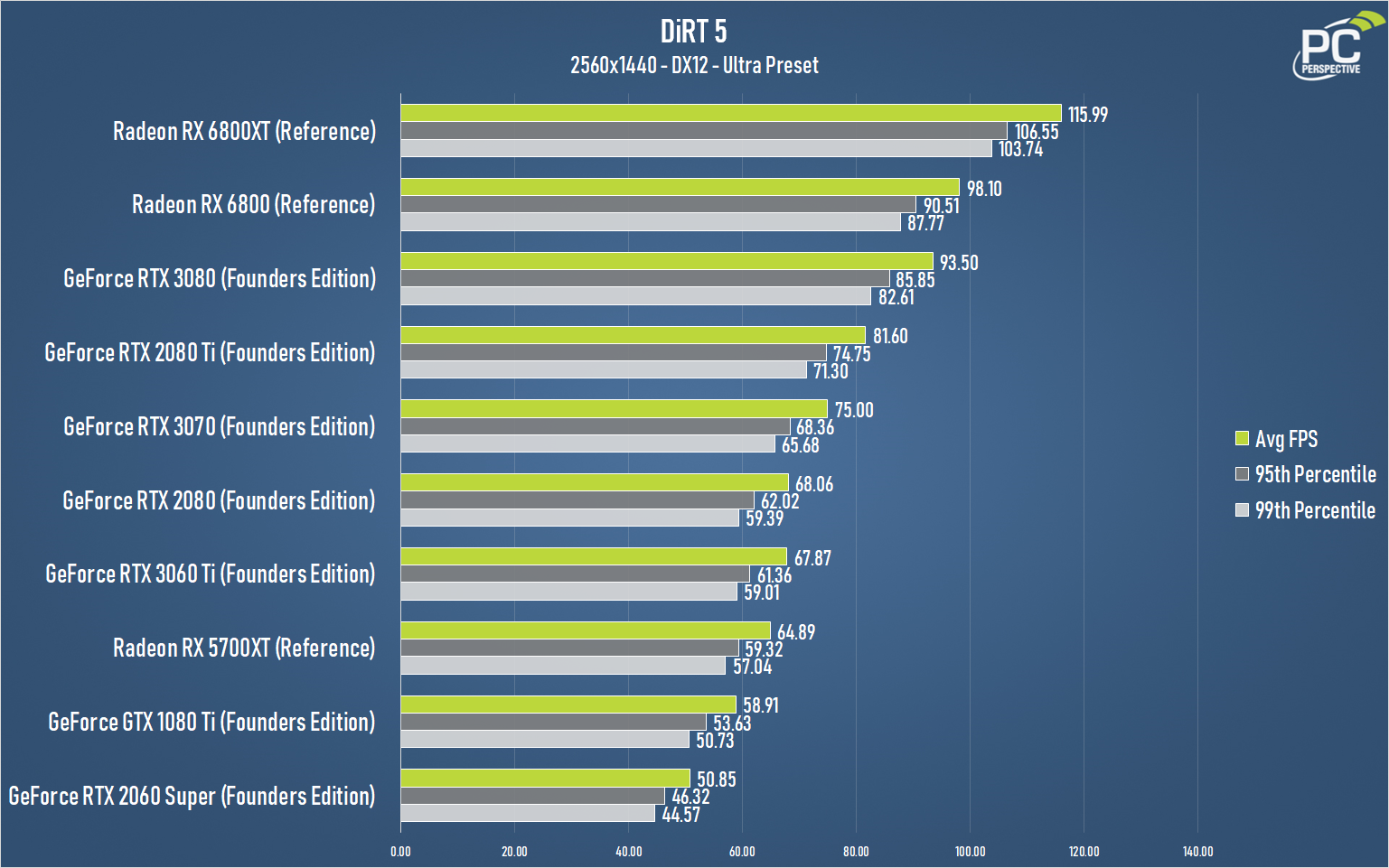 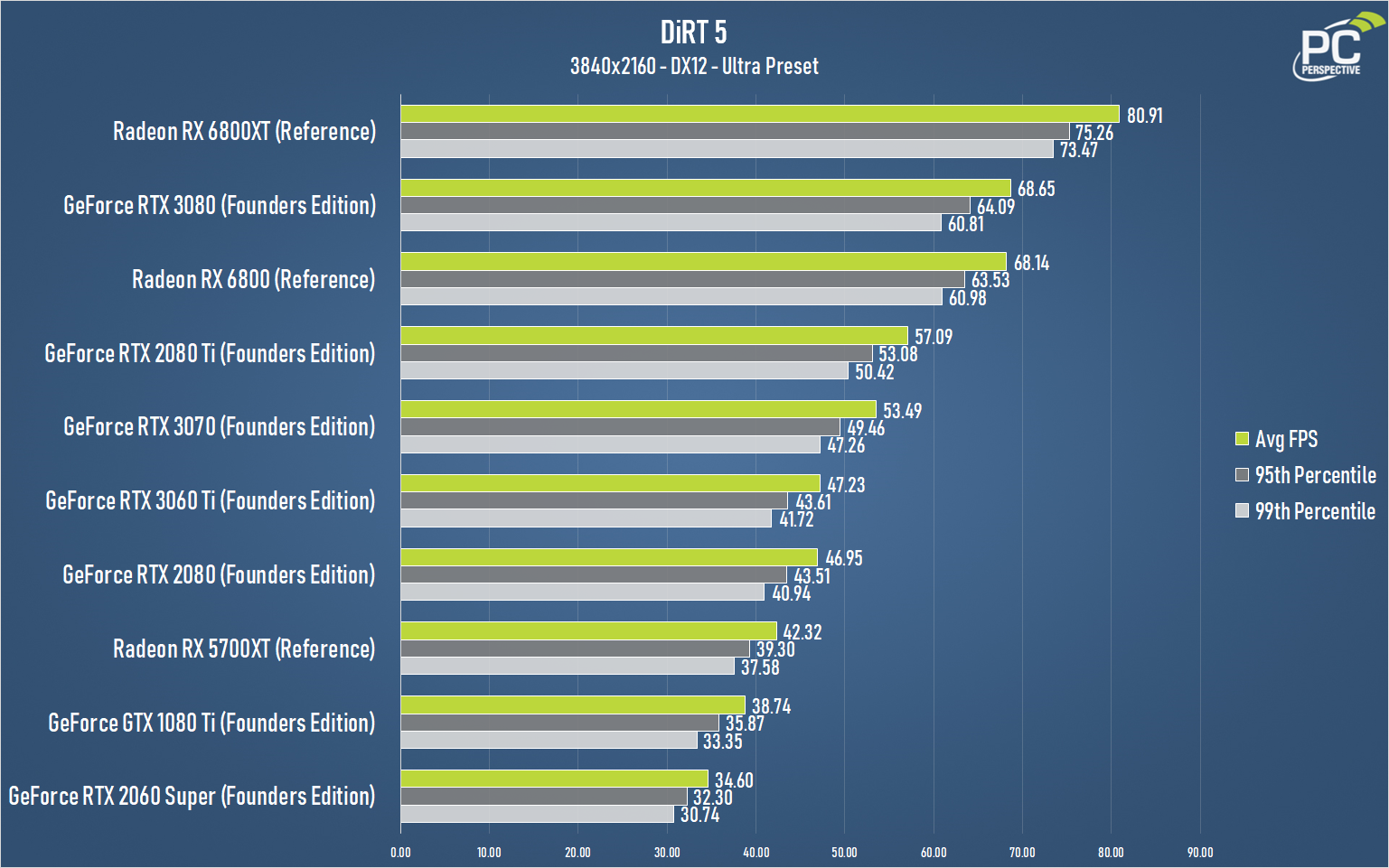 The RTX 3060 Ti was slightly ahead of the RTX 2080 at 4K, but both results were too close to call between these two cards in DiRT 5.

Finally we move to our lone DX11 test with Far Cry 5, run at the highest settings at 4K. 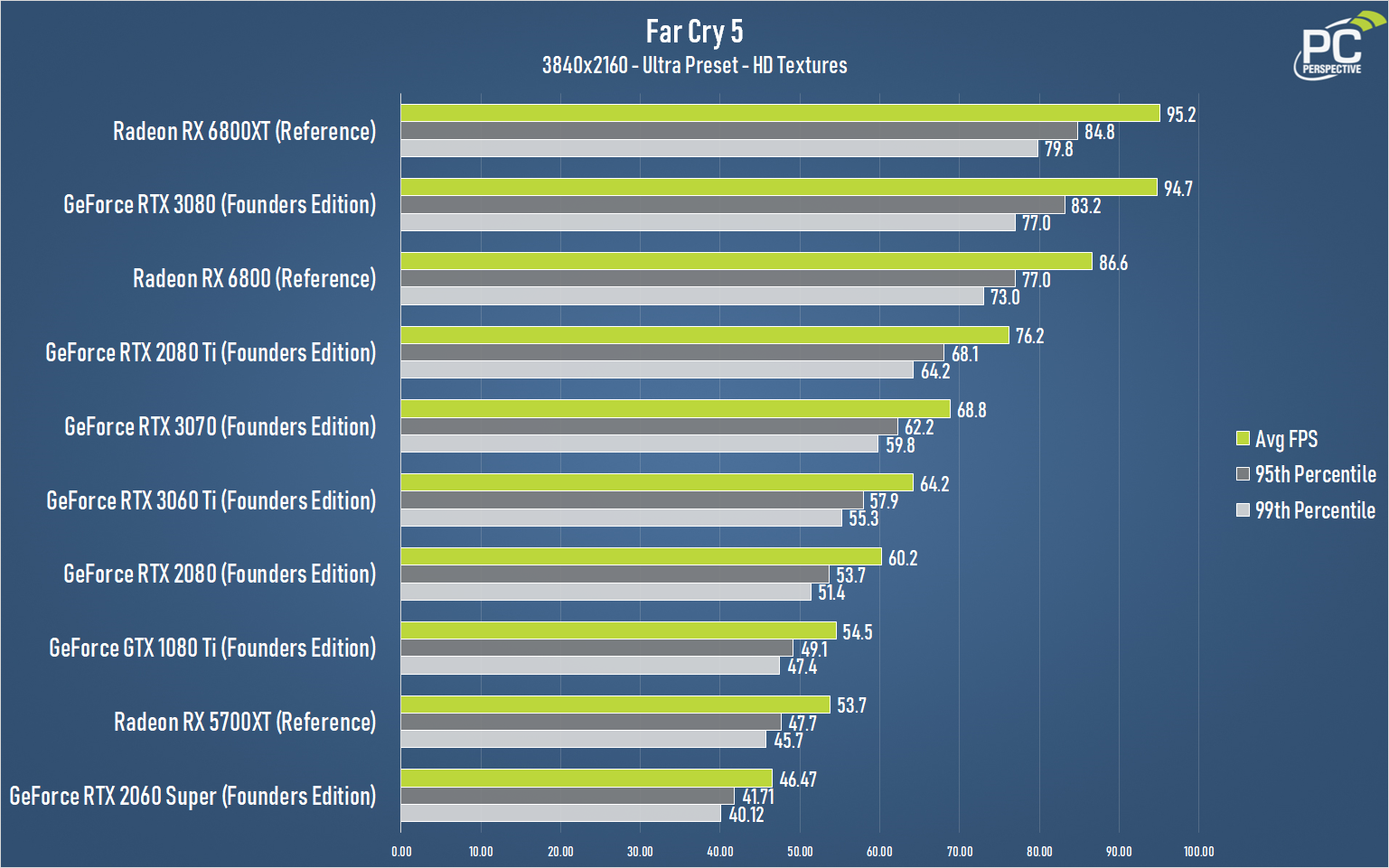 Another test, another result placing the RTX 3060 Ti between the RTX 2080 and RTX 3070. The gains over the RTX 2060 Super are massive, and overall this is a great performer for its price segment. 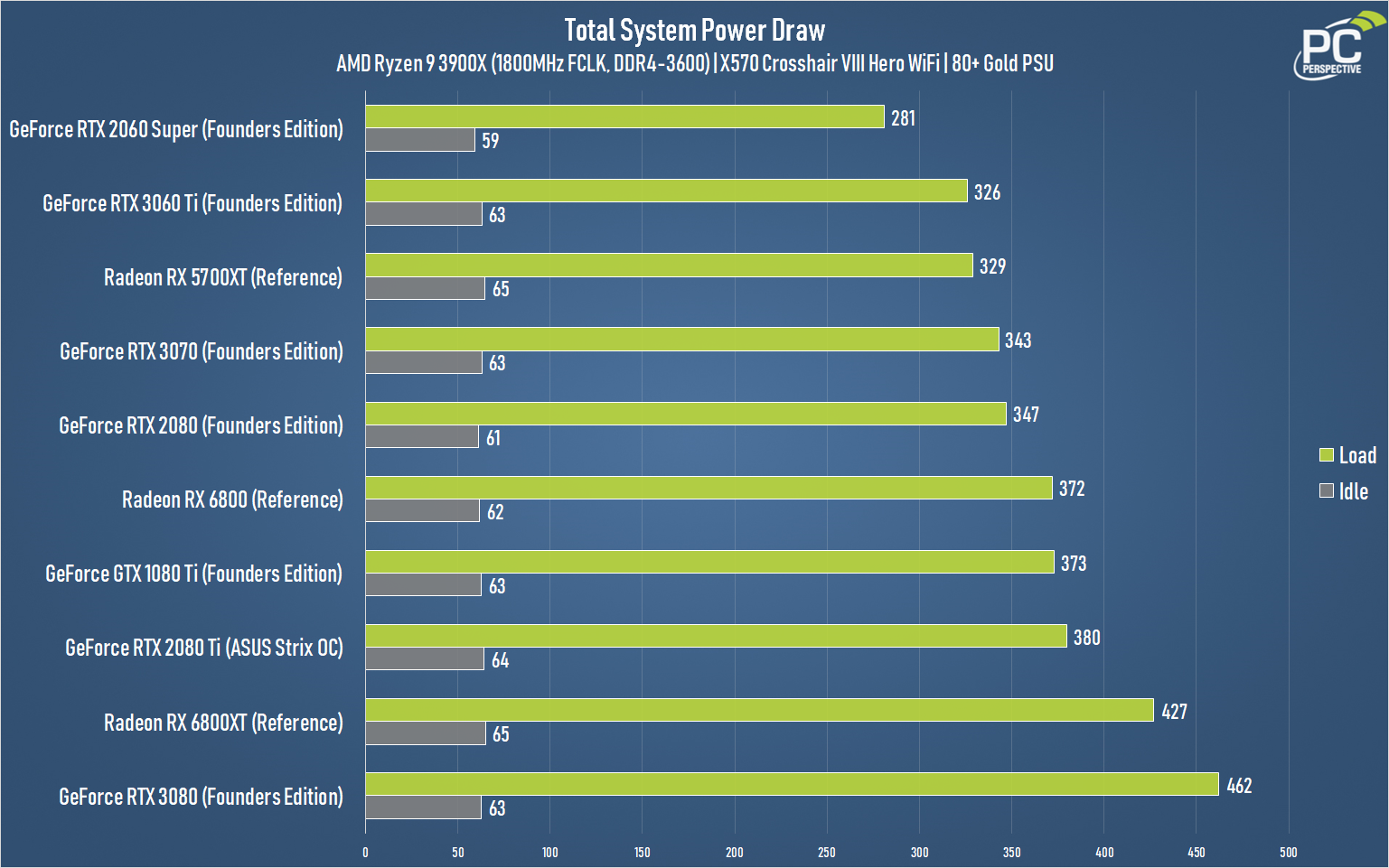 No surprises here as the RTX 3060 Ti is indeed drawing less power (17W) than the RTX 3070. And while this generation has famously drawn a lot of power at the high end, it’s impressive to see the power draw of this new card relative to the RTX 2080. The 3060 Ti is a more economical choice than a 3070 in both price and power consumption, in theory anyhow.

As promised, this review was pretty short. NVIDIA’s GeForce RTX 3060 Ti launches tomorrow (December 2) for $399, and considering the performance (better than an RTX 2080) we saw here – which marks quite a substantial upgrade over the RTX 2060 Super it replaces at this price point – the RTX 3060 Ti is a fantastic choice in the fantasy world in which it would be widely available at launch. 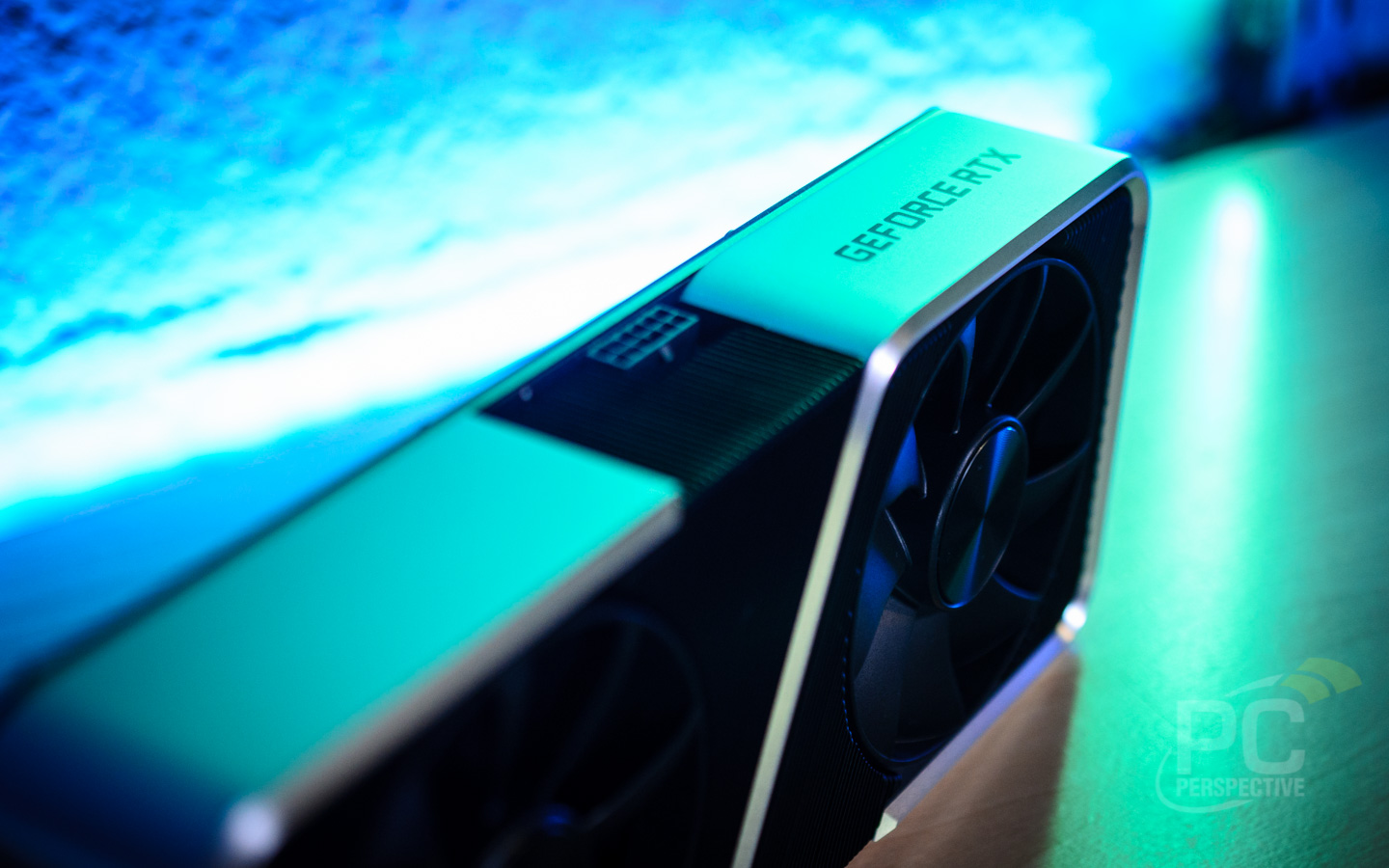 Once again, this is a launch review. We haven’t seen availability yet. The Founders Edition we looked at will be sold exclusively through NVIDIA.com and Microcenter here in the USA, which means sales at the $399 list price – when the card is in stock.

So, assuming you can find one, I think it’s easy to recommend this new GPU – particularly as AMD does not currently offer a 6000 Series product to compete at this price level.

The GPU is on loan from NVIDIA for the purpose of this review.

The GPU remains the property of NVIDIA but will be on extended loan to PC Perspective for the purpose of future testing and product comparisons.

NVIDIA provided the product sample and technical brief to PC Perspective but had no control over the content of the review and was not consulted prior to publication.

Neither PC Perspective nor any of its staff were paid or compensated in any way by NVIDIA for this review.

NVIDIA has not purchased advertising at PC Perspective during the past twelve months.