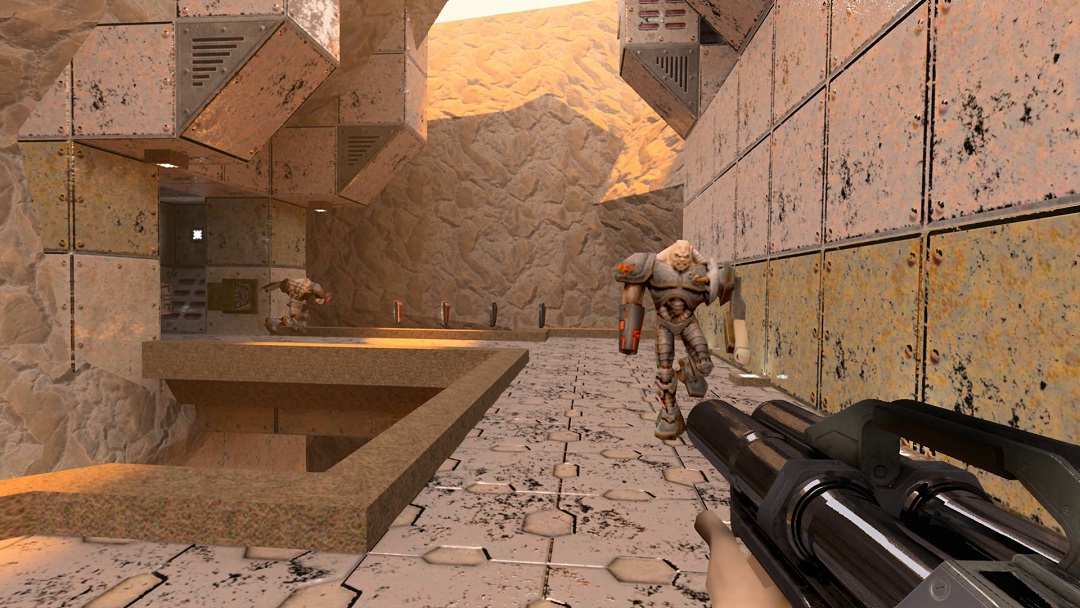 You Can Play Quake II RTX With Vulkan Ray Tracing Too

NVIDIA’s new 460.89 Game Ready Driver brings Vulkan Ray Tracing to NVIDIA cards all the way back to Kepler, though your old GT 710 might have a bit of trouble playing it with decent frame rates.  The same goes for the Linux driver versions if you are running on a penguin.  There is even a version for your Shield if you want to give that a shot!

NVIDIA is the chair of the Vulkan ray tracing subgroup at Khronos and they have been working with a variety of companies to ensure that Vulkan Ray Tracing is both stable and effective.  This initial release gives you the chance to try out the open standard on your NVIDIA hardware, as well as offering a few stability updates for a variety of fixes for other games, as you would expect from a driver update.

If you don’t own Quake II you can still play the first three levels, with ray tracing on, for free. If you own the game, or grab it from Steam for $5 you can (re)experience the entire game in a whole new way, as ray tracing has been applied to the entire game.  That goes for AMD GPUs as well, they already support Vulkan Ray Tracing, though without the dedicated RT cores the performance will not match that of an equivalent NVIDIA card.

Quake II does give anyone who is curious a chance to see ray tracing in action, which is something you should check out if you are still pondering the differences between a new Ampere GPU or a new Navi card.