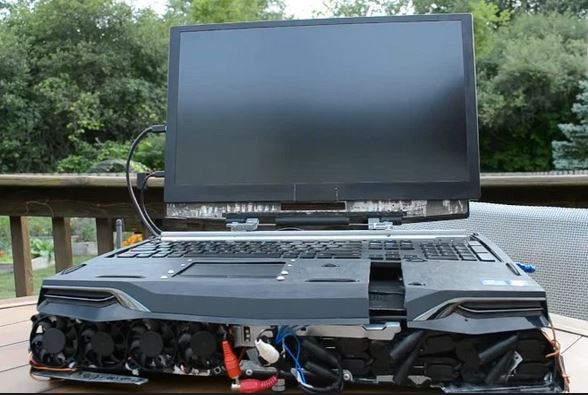 Because They Could, Obviously

Sick of your 3950X powered laptop throttling under heavy load and want one that is capable of handling the thermal load of a Threadripper?  Check out this build over at Hackaday which features a 1950X shoehorned into a HP Media Center case, with a few small alterations.  You could also just skip straight to the video if you so desire.

As this is a home build, parts were sourced to be affordable as well as effective, hence the used Zotac GTX 1050 Ti keeping that 1950 X company though they didn’t skimp on the 18.3″4k display.  As you can see it took some creativity to create the cooling system, but the external fans and visible heatpipes are only part of the uniqueness of the build.  Inside are numerous 1U heatsinks, including a retail EPYC cooler and some copper sinks cut to fit, along with eight heatpipes to keep the heat moving and preventing thermal throttling.

As this is a laptop the power system needed to be powerful enough to run the Threadripper for a useful amount of time.  To accomplish that feat there are a half dozen Dell Power Companion 18,000mAh batteries inside, not to mention two 330W external PSUs from Dell and a HDPlex 400Watt ATX PSU.  The build is as impressive as it is ugly and well worth checking out in detail.

There are plenty of powerful, “desktop-replacement” laptops out on the market if you’ve got the money to spend. Sometimes, though, that just doesn’t scratch that crazy itch in the back of your head for true, unbridled computing power.

A brief look into Dirk Meyer’s plans for AMD 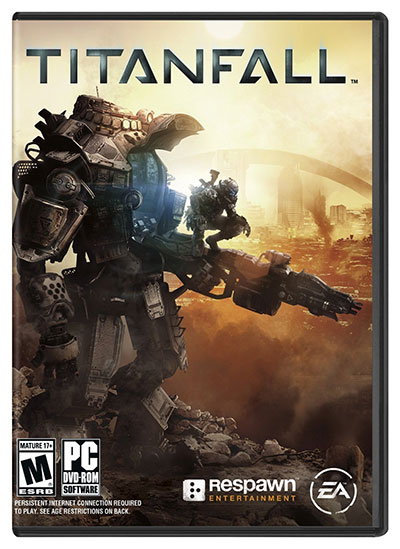 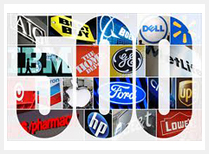