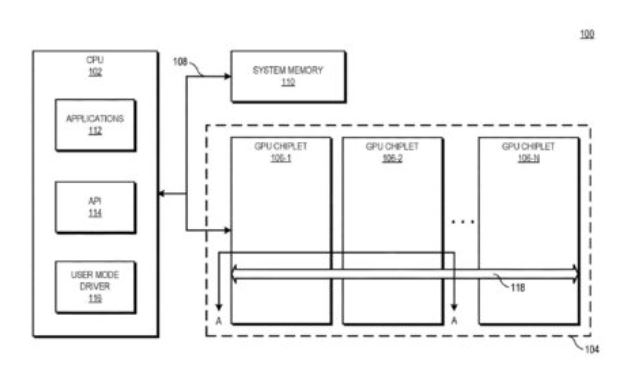 Is AMD Moving Radeon To A Chiplet Design

Thanks to keen eyes reading through new content on Freepatents.com, we have some proof that AMD may be moving off of their current monolithic GPU design to a chiplet and interconnect design in future generations.  This would make sense as we already know that NVIDIA will be moving to a multichip module design for their upcoming Hopper architecture, not to mention Intel’s previous successes with a their MCM designs.

AMD have quite successfully moved their CPU design to this type of architecture, taking advantage of the IP which came along with the Xilinx purchase to improve their interconnect technology.  We have seen constant improvement of Infinity Fabric with every generation of Zen and that experience could certainly be transferred directly to future Radeon products.  With a fast interconnect such as they have, the latency issues familiar to anyone who played around with a first generation Threadripper will not plague a GPU consisting of numerous chiplets.

If AMD can create effective GPU chiplets, which will be interesting to watch, there will be several benefits for them and for consumers.  Firstly, they will see yields increase, which means more product available and a lot of customers a lot happier than they are at this moment.  Some back of the napkin calculations from WCCFtech suggest up to an 11% increase, at least as their design stands now.  The other benefit will be increased performance, with better parallelism and improved communication between the chiplets on the GPU as well as between the GPU and CPU.

The other benefit of this design will be the flexibility of these chiplets, which some are describing as similar to an FPGA in the way it should be able to be reprogrammed.  This is not to imply you will be able to program them to go faster if there are updates, nor will your driver be able to reprogram your GPU for each game you launch.  What it may well mean is that the same physical chiplet can be implemented in both general purpose GPUs as well as ones designed for HPC usage like AI and deep learning.

This is all speculation based off of a patent application, so don’t take this as a certain thing but overall it makes sense.  We hope to be able to offer more insight as details come.

AMD filed a patent on using chiplets for a GPU with hints on why it has waited this long to extend their CPU strategy to GPUs. The latency between chiplets poses more of a performance problem for GPUs, and AMD is attempting to solve the problem with a new interconnect called high bandwidth passive crosslink. This new interconnect will allow each GPU to more effectively communicate with each other and the CPU. 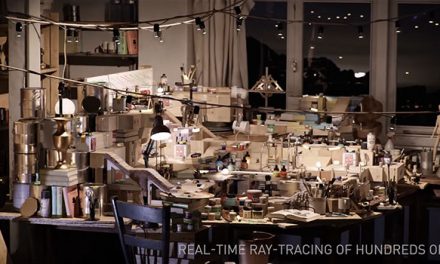