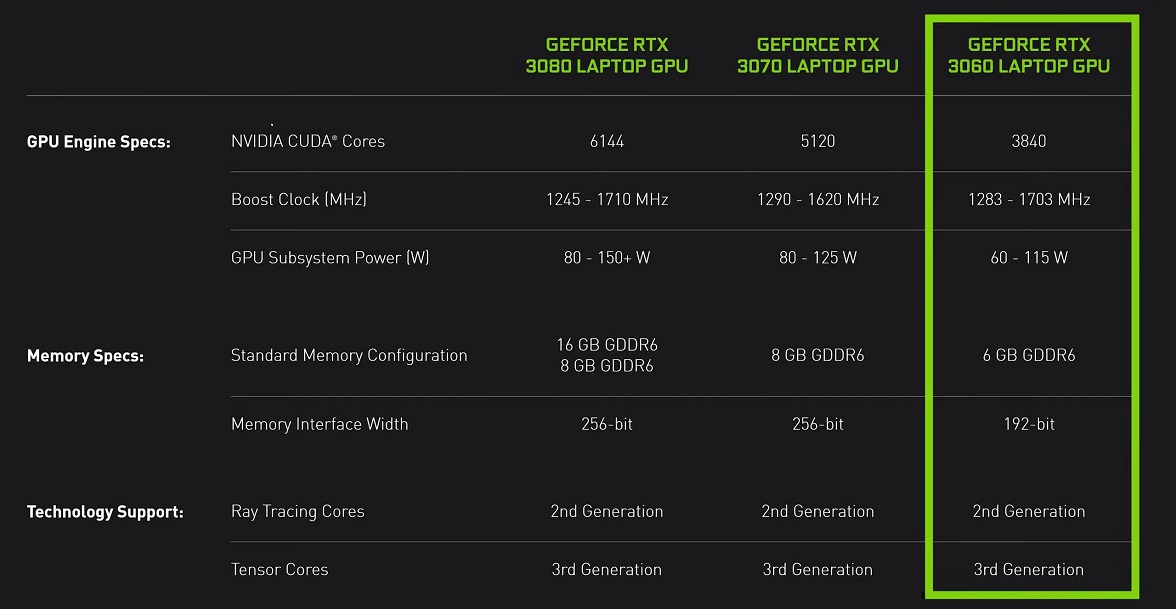 In previous generations of mobile NVIDIA chips, you could tell how much performance you could expect out of them by the model name.  A Max-Q GPU handled up to 60W while a Max-P reached 115W, not to mention several other varieties, however the name clearly explained how much performance you could expect.  With Ampere this is no longer the case, the 115W, 80W and 60W variants are all simply named RTX 3060 and it is up to the laptop manufacturer to clearly label what frequencies the mobile GPU runs at.  The price might also give it away, but it will still likely lead to some disappointed buyers who were expecting more from their RTX 3060.

TechSpot grabbed two XMG Apex 17 laptops, both powered by AMD’s Ryzen 7 5800H but with two different mobile RTX 3060’s, one running between 115-130W at 1387 MHz Base and 1702 MHz Boost, the other running between 80-95W with a Base of 900MHz, Boost hitting 1425MHz.  That will make for noticeable difference in performance, in many tests the delta was as much as 10%.  Again, without doing some careful reading there is no way to tell which GPU is inside the laptop.

The GeForce RTX 3060 is the most affordable of three new Ampere mobile GPUs released so far. Overall, the new laptop GPU provides a notable performance uplift over previous parts of the same class and power level.

Story time with the ASUS Lamborghini