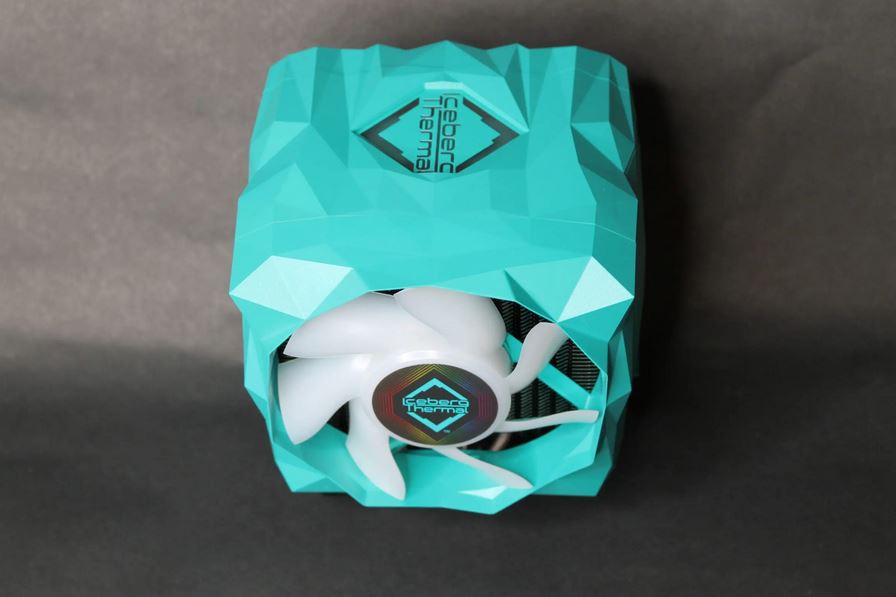 Is Clothing A Heatsink A Good Idea?

You certainly won’t mistake Iceberg Thermal’s IceSLEET X7 for another product, there are not any others out there with an aqua shroud covering the heatsink and fans.  OEM’s have used similar designs, often paired with a duct to vent hot air directly out of the case, but this type of solution is not common in the DIY market.  The PR which arrived at The FPS Review along with the cooler does not inspire much confidence in the effectiveness of the cooler.  It’s fins apparently have complete bond soldering, they suggest the cooler covers “the chipset” and it sports “Heat pipe architecture design with wide sweeping curves to increase your PC’s performance“.

As with the proverbial book, one must look past the cover to determine the worth of the IceSLEET X7 and that is why we read reviews.  The tests were run on a Ryzen 7 2700X, first with all cores set to 3.7GHz and again at 4.1GHz.  The tests proved Iceberg Thermal did know what they were doing as the IceSLEET X7 kept up with high end coolers like the Dark Rock Pro 4 from be quiet! even during the overclocked tests.  On the other hand it was also the loudest of the coolers, with the fan at 100% it produced 13.2dBA more than the Dark Rock, running at 54.1dBA.

Take a peek if you like the look of the cooler, you won’t give up performance for style with this cooler.