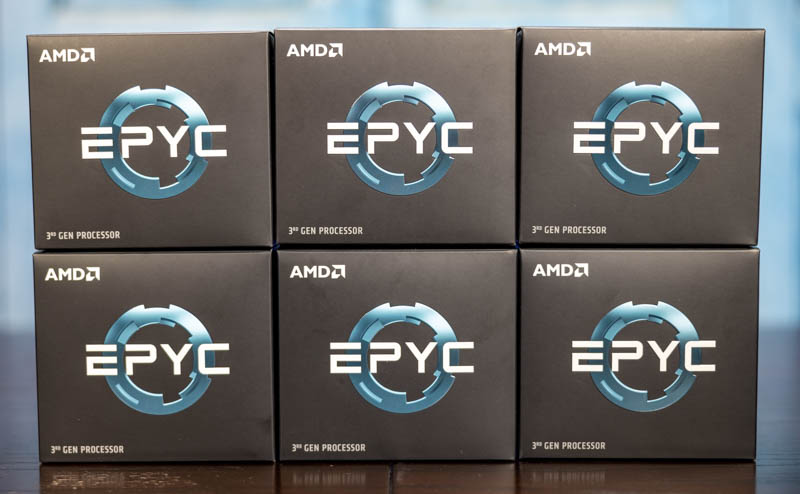 ServeTheHome have been hard at work, breaking down AMD’s release of the new family of EPYC chips from AMD and have now released their results.  There are 19 models split between several families of processors, including core performance models that provide higher frequencies but lower core counts than the core density models.  The family that is likely to sell the most is the balanced and optimized segment, with core counts, frequencies and TDP’s that offer a compromise between performance, energy consumption and cost.  The EPYC 7003 family also includes the first 28 core models AMD has released.

As with previous EPYC launches, there are a number of partners which will ship EPYC based servers, don’t expect to see these sitting on a shelf for you to pick up.  You can see which companies will be selling these servers as well as a breakdown of the slides which were presented for your enjoyment here.

Today we are finally able to share details around the AMD EPYC 7003 series, codenamed “Milan.” This is AMD’s newest offering that will carry the EPYC line through 2021 and into a new realm with Genoa next year. This launch review happens at a somewhat strange time in the industry.