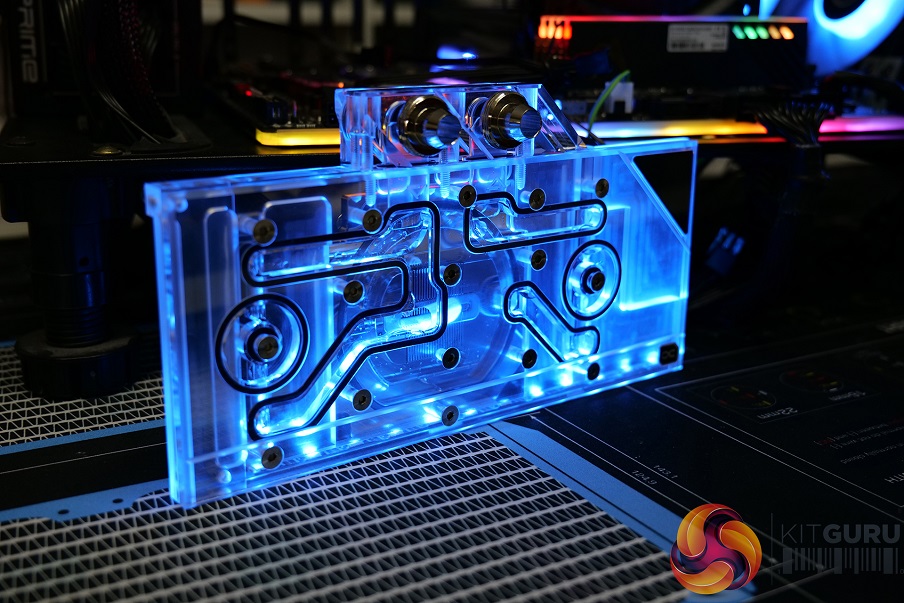 The running gag that no one wanted continues, with barely any GPUs available for sale and those few that appear tend to come bundled with a full PC.  There is something you can buy though, that at least bears the name of the GPU you are searching for and will be worth the investment if you run a system with a watercooling loop; water blocks!

To help you decide which one to get you can read up on Kitguru’s recent findings.  They took a look at three NVIDIA compatible water blocks, the EK-Quantum Vector Trinity D-RGB, the Alphacool Eisblock Aurora Acryl GPX-N and the Corsair Hydro X Series XG7 RGB.  All three coolers are compatible with RTX 3080/3090 cards from various vendors and all feature a plethora of RGBs so you won’t lose out on the pretty lights found on the shroud you removed.

All three coolers are priced similarly and are the first generation from each company, which doesn’t help make one a clear winner in the review.  While the Corsair did well with cooling the VRAM, the GPU ran hotter than the competition which is something Corsair may be addressing in the next iteration.  Alphacool had the exact opposite and was much better at GPU cooling, and again this may be quickly addressed.  EK’s offering performed well overall but it doesn’t have the same aesthetics as the other two.

Get more information on all three here.

Building a custom loop is never a simple task. Newcomers to the scene can find even choosing the parts a little daunting to begin with. One of the most important parts of a custom loop is the graphics card water block, but how do you know you have spent your cash on the best one available?