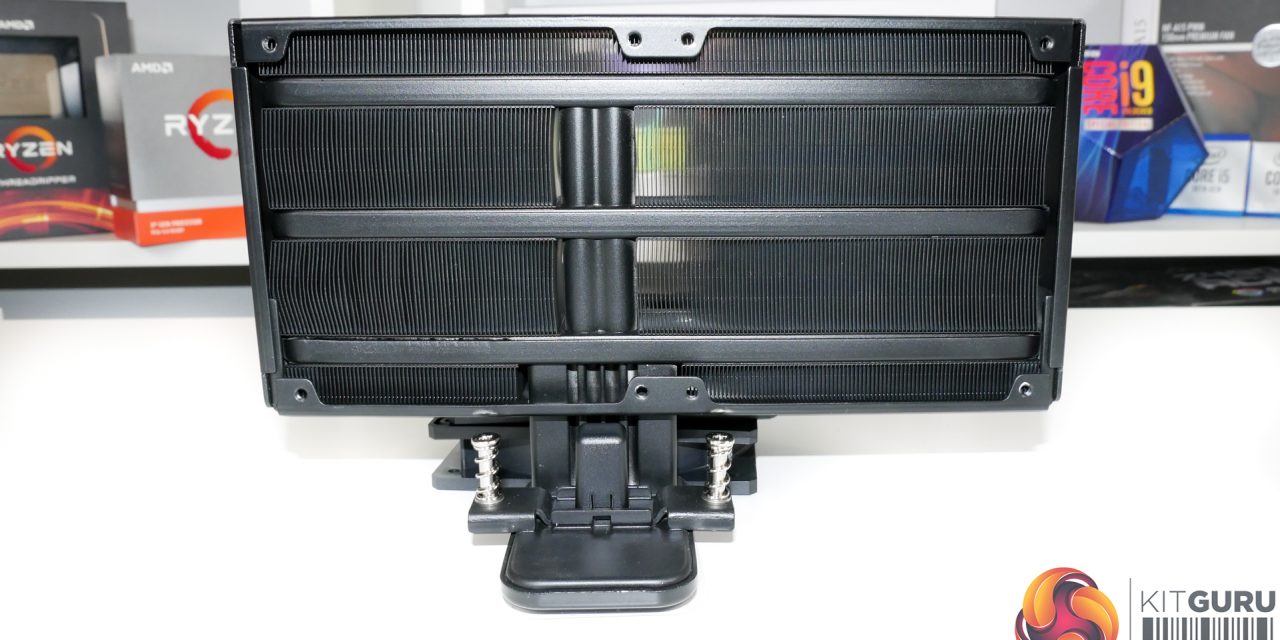 Taming the 105W of TDP the Ryzen 9 5950X is not as challenging as cooling a certain other 14nm chip, but you will still want a serious cooler to tame the temperatures, especially if you are thinking of any overclocking.  To give you an idea of what coolers you should consider Kitguru picked eight different coolers from eight different manufacturers and tested them all so you can make an informed decision.  The coolers include mid-sized and dual-tower air coolers, 240mm and 360mm AIOs, and something special.  The IceGiant ProSiphon Elite doesn’t use heatpipes, instead it is a thermosiphon cooler which uses evaporation and condensation to move heat away from the CPU.

You will be somewhat familiar with the usual suspects, Corsair, CoolerMaster, Arctic and many others are all included in the review but it is the IceGiant which is an interesting idea.  As you can see in the picture above, it is certainly a giant cooler and can have up to four 120mm fans installed, two to a side.  Liquid inside the cooler boils as the CPU heats up, and travels up to the fins and fans where it is cooled and condensed so that gravity pulls the liquid back down to repeat the process.  In this way it is sort of like an AiO watercooler, but not quite.

Their testing includes standard usage, overclocking performance and the temperatures you can expect if you set a limit of 40dBA.  Check out the full results here.

As such, we thought it would be good to examine how a variety of coolers that we have in for testing perform when given the tough task of cooling the Ryzen 9 5950X in a variety of operating configurations.