After being in beta for quiet a long time, Chromebooks will finally officially support Linux as of Chrome OS 91.  This announcement comes after Google vetted and tested a large variety of drivers, proper GPU acceleration of applications and a support structure for customers.   For many this is almost not news at all, for they have been running some flavour of Linux on a wide variety of Chromebooks for a while now, but this will make it more accessible for those familiar with Linux but not to the point of being able to modify how the OS handles hardware.

Along with official Linux support on Chromebooks comes wider support for Android 11, which until recently was only compatible with a limited number of Chromebook models.  With the new Chrome OS comes wide support for Android and it’s ecosystem of apps.  It also sees Android move to a virtual machine on the new OS, instead of running in a container as it does now.  This will make quite a few developers and users happy.

Google announced this today at I/O, along with an increase in the number of Chromebook models to be launched this year.

However, the Linux Development Environment, as Google had dubbed it, had been in beta ever since while first launched. The company had added new features at a steady cadence, enabling things like GPU acceleration, better support for USB drives, and so on so people could be more productive while using Linux apps. Alongside Linux, Google also announced that it would be bringing Android 11 to Chromebooks. 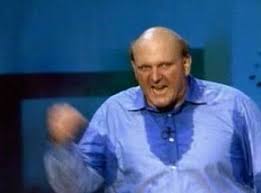 It’s a bad day to be Ballmer