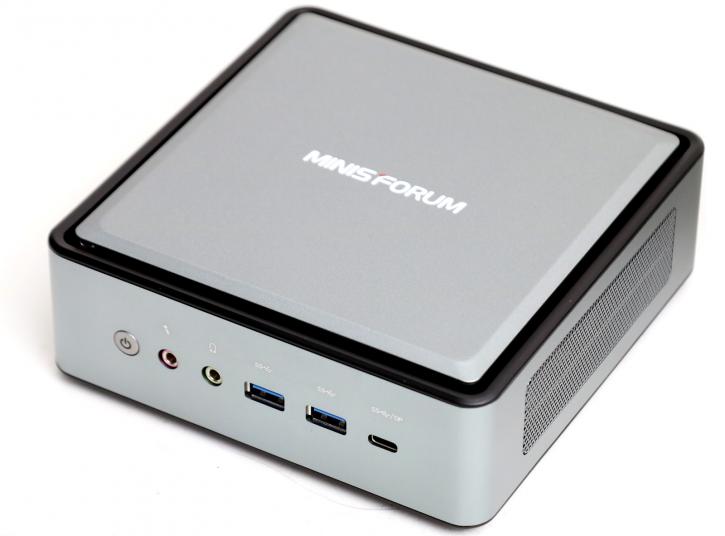 Much Smaller Than A Breadbox And Under $1000

The Guru of 3D were a little disappointed in the DIMMs used in the MINISFORUM HM80, while DDR4-3200 is very common in AMD systems these particular modules are CL 22 which is much slower than you usually see on DIMMs of this frequency.  Then again, the TimeSpy results don’t suffer too much from if you aren’t already considering swapping in some faster RAM.

Overall this wee system competes with laptops that have similar setups, making this review well worth the time it takes to read.

Measuring 15cm Minisforum now offers their new and tiny HM80. A low-power PC that is so small that you can mount this fully fetched Windows 10 Ready PC behind your monitor, heck it will even fit in the palm of your hands.

For those about to upgrade

Benchmarking a beast of a box, a dual Xeon Scalable Gold Server