Check Out The 30 Years Of Historical Hardware Of The WWW 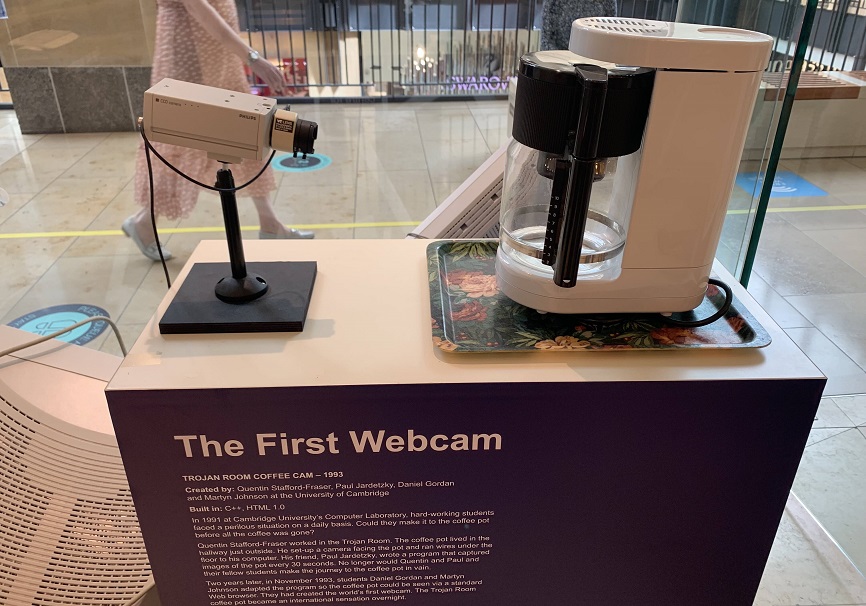 You might not be able to visit Cambridge right now, which is why it was nice of The Register to post a look at some of the exhibits on display celebrating the 30th anniversary of the World Wide Web.  Tim Berners-Lee and others had been working on it a communications protocol for some time, with the the official birth date of the WWW being the 6th of August 1991.

The exhibits include a working NeXT computer similar to the ones used to build the original Web at CERN and a modem almost as old as Josh.  You can search the web with Archie, not that there was that much to find back then as it was big news when Pizza Hut became one of the first places you could buy something online in 1994.   The exhibits also show off the webcam that kept an eye on the level of coffee in the lab’s coffee pot, still one of the better uses for one of those devices.

It is interesting to see how innocent the series of tubes was back in the day compared to what we have now.  Unfortunately there is not much in the way of an online tour but you can follow the links to take a peek at the inception of the internet and either recall how things used to be or learn about what us grey beards are talking about once we get into our cups.

Speaking of old … hardware … Josh recently had a two hour chat with Tom of Moore’s Law Is Dead, which you can catch here.

Double-u, double-u, double-u. "The World Wide Web is the only thing I know of whose shortened form takes three times longer to say than what it's short for," as the great Douglas Adams once said.