Enter The Beast Canyon With The Intel NUC Extreme 11 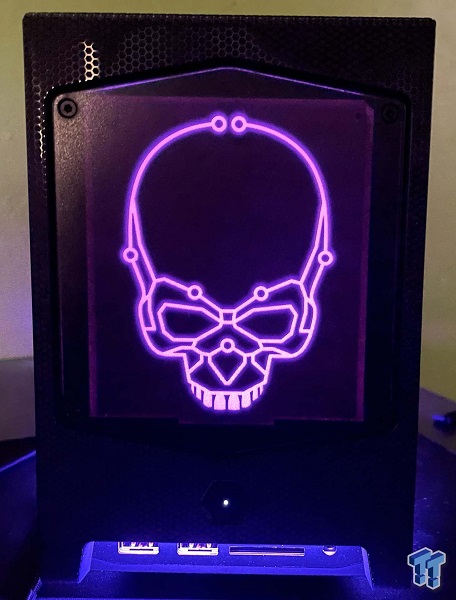 This NUC Can Fit A Plus Sized GPU

When Intel’s NUC first hit the market, it offered decent performance in a tiny shell but it wasn’t really worth gaming on one of the Atom or Celeron based model.   We are now on the 11th generation of NUC and how things have changed, with larger and more powerful versions appearing in conjunction with tiny, moderately powerful models.

For their testing TT tossed in an ASUS RTX 3060 and compared it to the NUC 11 Enthusiast, NUC 11 Pro and the NUC M15 laptop.  The results speak for themselves, this is one powerful little machine.  Tweaktown saw no thermal throttling, with most components running well under their peak temperatures.  As far as pricing goes, you can expect to pay about $1150 for the Core i7 SKU, or around $1350 for the Core i9.  The i5 models are 45W TDP, while the i7 and i9 models are both 65W processors.

Hopefully Intel will offer the choice to purchase a GPU at the same time, otherwise you might be stuck until you can find a GPU for sale near MSRP somewhere.

Intel pulls out all the stops for what its best small form factor NUC ever, the NUC11BTMi9 NUC 11 Extreme "Beast Canyon".