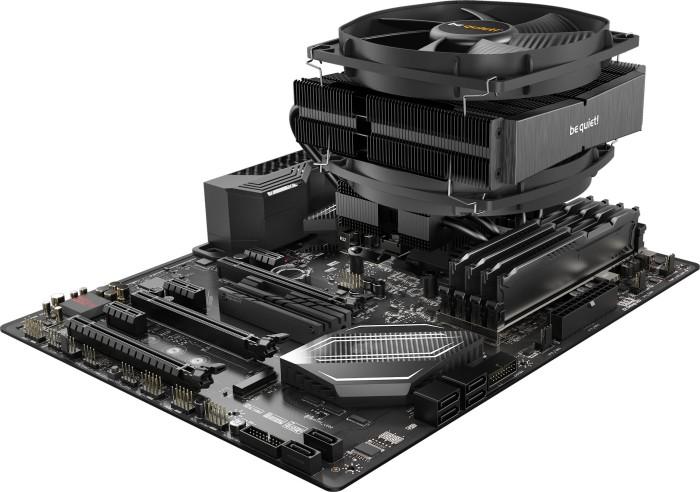 be quiet! is one of the best sources for CPU coolers that need to fit in narrow cases as they’ve become very accomplished at designing coolers wider than they are tall.  While they started out with heatsinks for CPUs on the lower end of the TDP range, the Dark Rock TF2 is rated for CPUs of up to a toasty 230W TDP.  The mount that comes with be quiet!’s Dark Rock TF2 is not only compatible with current generation Intel and AMD processors, it will also be compatible with Intel’s upcoming 12th generation of Core processors.

As wide as it is, you can see from the image that it has been designed with space to accommodate most DIMMs without impinging on them, and the overhang might just help cool the RAM as well.  It measures 163(L) x 140(W) x 134mm(H) with the fans connected, and weighs in at 945g.  The fans are PWM and in Guru of 3D’s testing they measured 11.1dBA at 50% speed, which increased to 27.1dBA at 100%, offering quiet performance for that SFF system.

As for the temperatures, they measured 62C at full load on a 90W TDP processor which is fair to middling overall but quite nice for this type of cooler.  When they overclocked their i7 4790K to 4.6GHz and saw the temperatures increased to 75C proving you could indeed get a bit of an overclock out of a processor cooled by the Dark Rock TF2.

Don’t just take our word for it, pop by Guru 3D for the actual review.

We take a look at another be quiet! Is the Dark Rock TF 2 is a rock solid cooler. This cooler has a wonderful black appearance and is designed for a large size. It has BIG.little radiators configured, two fans, and can provide a cooling performance of up to 230 Watts, which is sufficient for any modern processor. 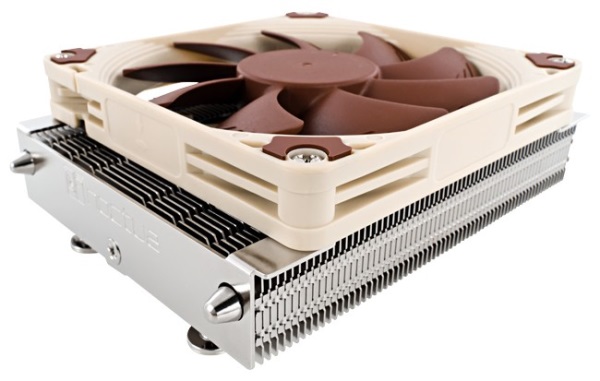 Corsair does air cooling as well, check out their A series