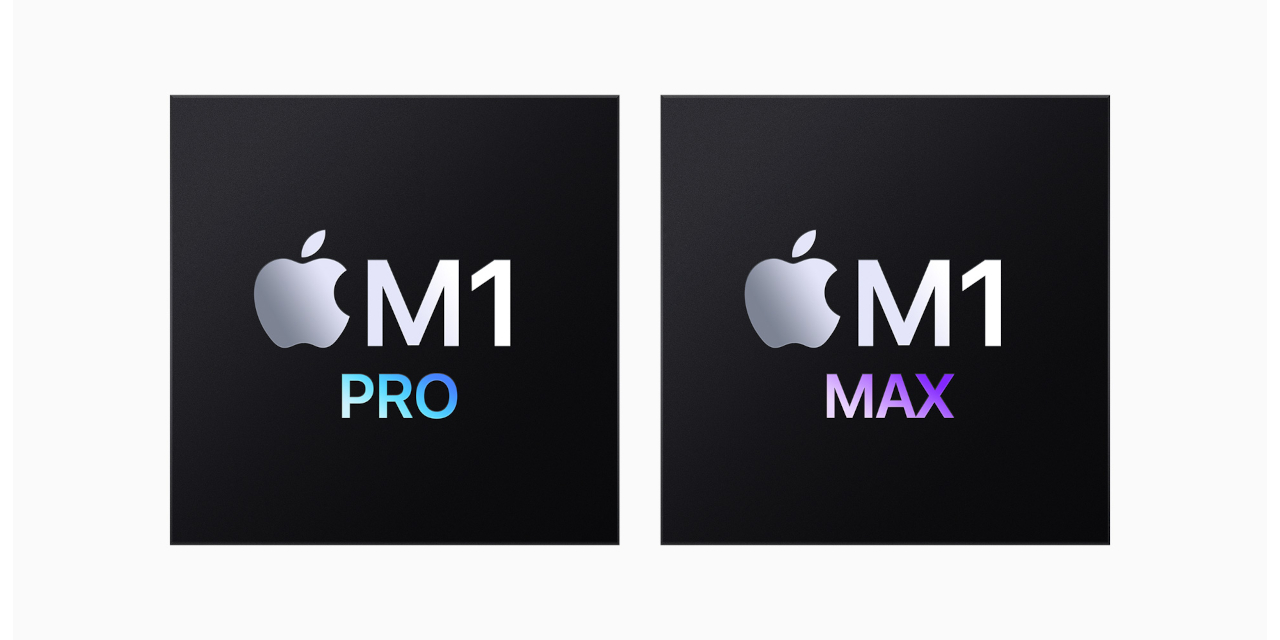 Apple has unveiled their updated M1 silicon today, but it’s not the rumored “M1X”, but a pair of powerful new chips called M1 Pro and M1 Max. Graphics are a big focus of the launch, with Apple is positioning the M1 Pro as a more balanced power/performance option with a 2x faster GPU than the original M1, and the M1 Max a high-end option with a 4x faster GPU than M1. The CPU cores in both offer up to 70% faster performance than the original M1, according to Apple.

The efficient architecture of M1 Pro and M1 Max means they deliver the same level of performance whether MacBook Pro is plugged in or using the battery. M1 Pro and M1 Max also feature enhanced media engines with dedicated ProRes accelerators specifically for pro video processing. M1 Pro and M1 Max are by far the most powerful chips Apple has ever built.

Apple states that the M1 Pro, pictured above, “features 33.7 billion transistors – more than 2x the amount in M1. The chip can be configured with up to 32GB of fast unified memory”.

Utilizing the industry-leading 5-nanometer process technology, M1 Pro packs in 33.7 billion transistors, more than 2x the amount in M1. A new 10-core CPU, including eight high-performance cores and two high-efficiency cores, is up to 70 percent faster than M1, resulting in unbelievable pro CPU performance. Compared with the latest 8-core PC laptop chip, M1 Pro delivers up to 1.7x more CPU performance at the same power level and achieves the PC chip’s peak performance using up to 70 percent less power. Even the most demanding tasks, like high-resolution photo editing, are handled with ease by M1 Pro.

M1 Pro has an up-to-16-core GPU that is up to 2x faster than M1 and up to 7x faster than the integrated graphics on the latest 8-core PC laptop chip.1 Compared to a powerful discrete GPU for PC notebooks, M1 Pro delivers more performance while using up to 70 percent less power. And M1 Pro can be configured with up to 32GB of fast unified memory, with up to 200GB/s of memory bandwidth, enabling creatives like 3D artists and game developers to do more on the go than ever before. 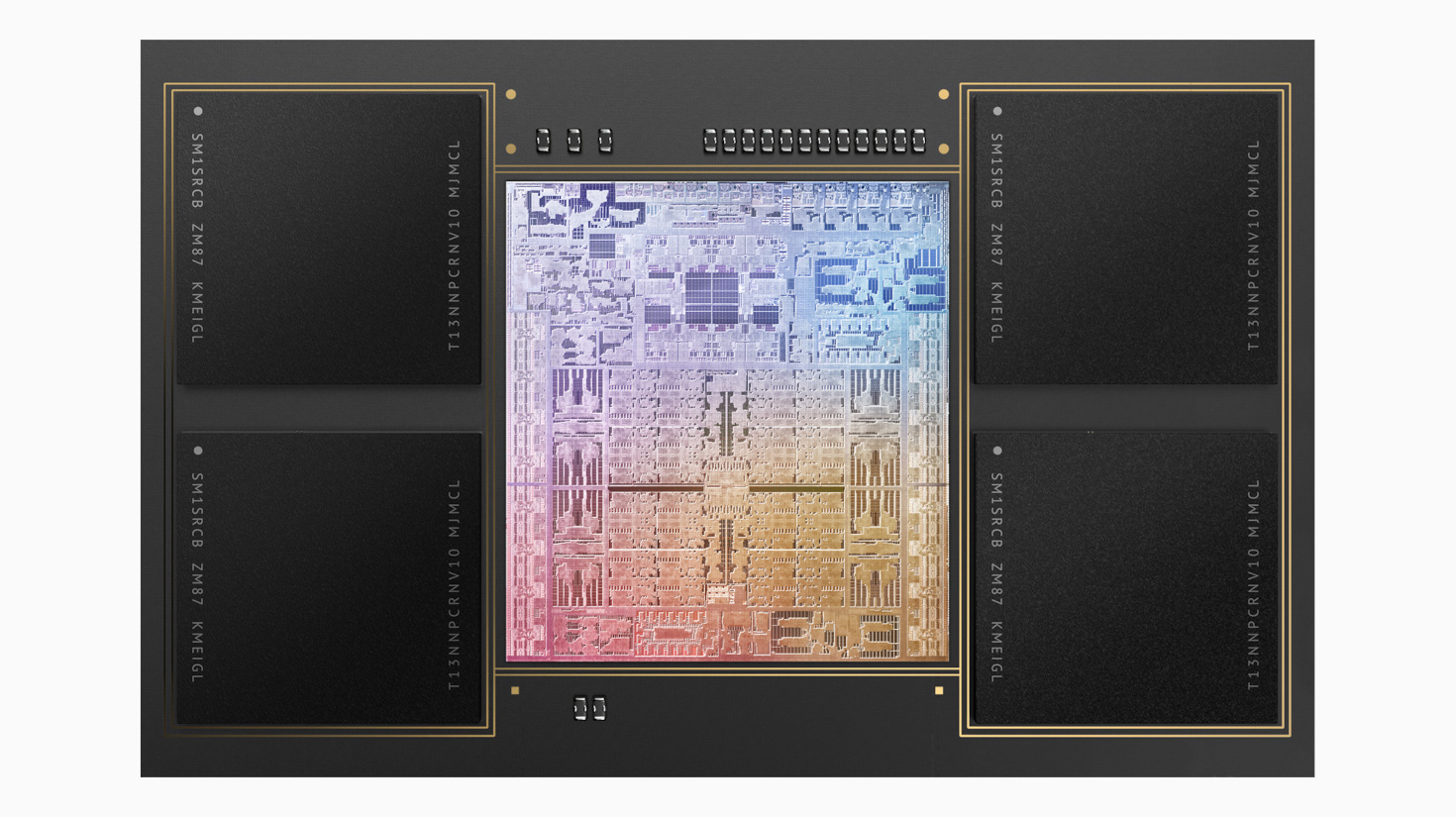 Pictured above, Apple states that the “M1 Max is the largest chip Apple has ever built: 57 billion transistors and up to 64GB of fast unified memory.”

M1 Max features the same powerful 10-core CPU as M1 Pro and adds a massive 32-core GPU for up to 4x faster graphics performance than M1. With 57 billion transistors — 70 percent more than M1 Pro and 3.5x more than M1 — M1 Max is the largest chip Apple has ever built. In addition, the GPU delivers performance comparable to a high-end GPU in a compact pro PC laptop while consuming up to 40 percent less power, and performance similar to that of the highest-end GPU in the largest PC laptops while using up to 100 watts less power. This means less heat is generated, fans run quietly and less often, and battery life is amazing in the new MacBook Pro. M1 Max transforms graphics-intensive workflows, including up to 13x faster complex timeline rendering in Final Cut Pro compared to the previous-generation 13-inch MacBook Pro.

M1 Max also offers a higher-bandwidth on-chip fabric, and doubles the memory interface compared with M1 Pro for up to 400GB/s, or nearly 6x the memory bandwidth of M1. This allows M1 Max to be configured with up to 64GB of fast unified memory. With its unparalleled performance, M1 Max is the most powerful chip ever built for a pro notebook.

If you are so inclined, you can read the full PR from Apple by following this link. Naturally, new machines powered by these SoCs were also announced, as the MacBook Pro lineup gets them first.