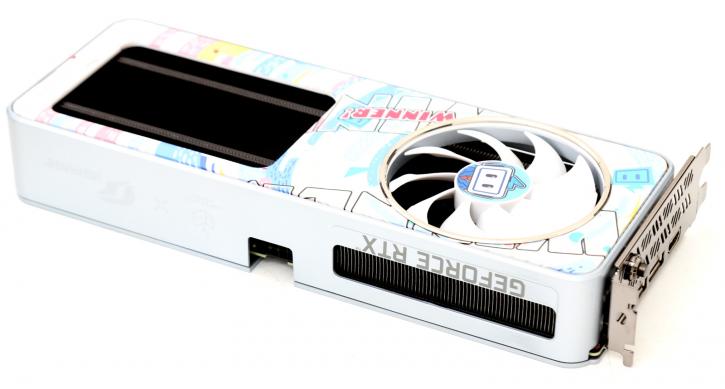 It has been quite a few generations of GPUs since we’ve seen artwork on the card itself, with most opting for a solid coat with a second tone for highlights for a while now.  That’s not to say that this specific card is going to appeal to everyone, but even those that dislike it could admit it certainly looks unique.

The Colorful GeForce RTX 3060 Bilibili 12G itself comes with a Boost clock 42MHz higher than stock and a power limit which can be increased by 10%; not the highest overclocked third party card on the market but not bad either.  Manually overclocking the card should pay dividends, as the Guru of 3D were able to coax even higher clocks using Afterburner.

Drop by for more pictures of this cards colourful exterior as well as performance details.

All your base are belong to Colorful, join us as we review their iGame GeForce RTX 3060 bilibili E-Sports edition OC, also with 12GB, 3584 shading processors activated but with a proper factory boost clock of 1822 MHz, a graphics card has been tweaked straight out of the box for you and our tested model, comes in a two fan design.