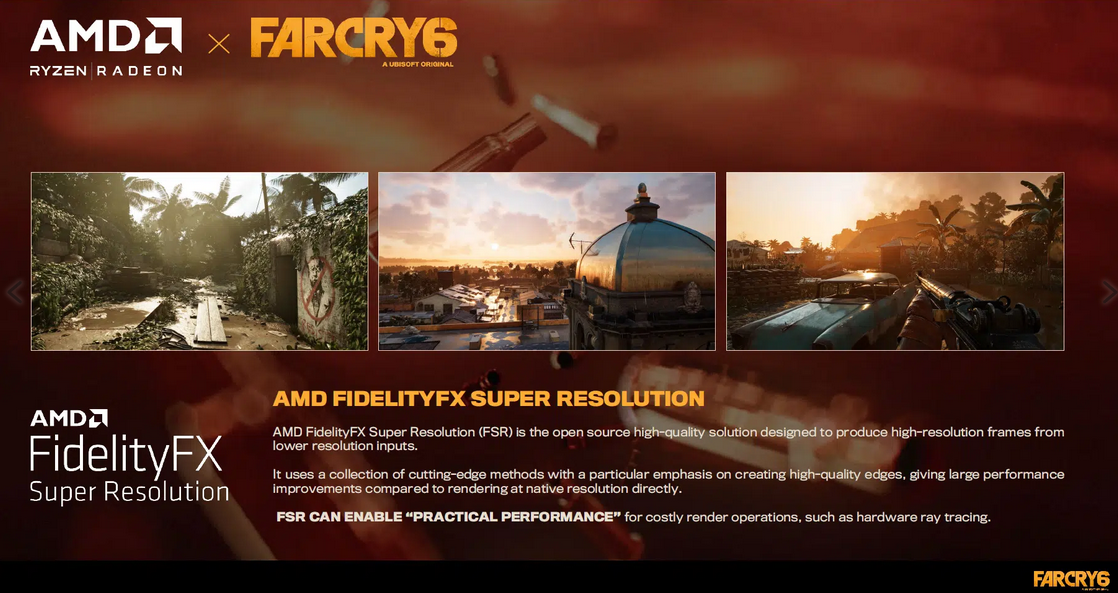 It’s Dunia 2, But With DXR Ray Tracing, FSR And More

Far Cry 6 benchmarks are slightly more interesting than the past couple of games, as the Dunia 2 engine is well known, as we have been testing the engine since Far Cry 4.  However Ubisoft have added new features this time, including ray tracing and support for AMD’s open source variable resolution technology, FidelityFX and an optional download to add HD Textures, TAA support, and HDR support.

The FPS Review’s testing shows that as long as you have the memory to handle the HD texture pack adding it will have no effect on performance, for 1080p you will want at least 12GB VRAM which increases to 16GB for 4K.  AMD’s FidelityFX works well above 1080p, adding performance at higher resolutions especially with ray tracing enabled.

As for that ray tracing, on the 6800 XT they tested on, they saw drops of 19% at 1080p and 21% on 1440p and 4K.  If you intend to play at 4k with both reflections and shadows enabled you are going to have a much better experience with FSR and you might as well enable FidelityFX CAS as it has no impact on performance.

Check out more detailed performance, including their RTX 3080 results in the full review.

The inq is barely dry on this story