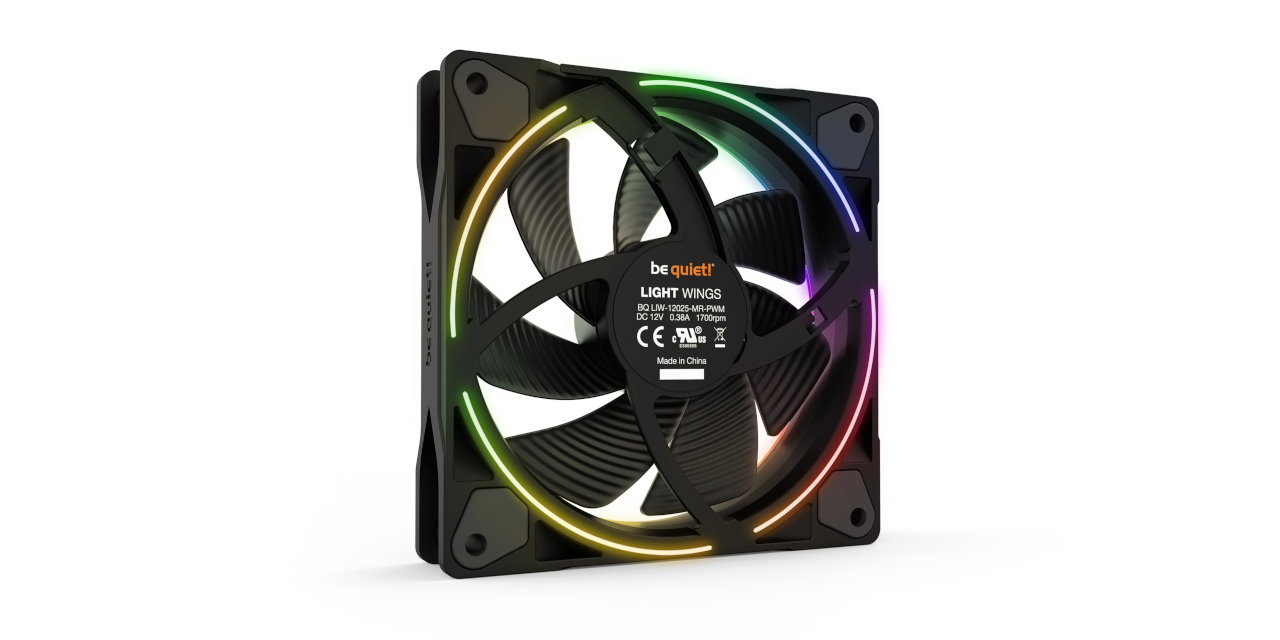 be quiet! Sees the Light

be quiet! has announced their first-ever ARGB illuminated fans, with the new Light Wings fans offered in 120 mm and 140 mm sizes. Of course, being a be quiet! product the fans are tailored for low-noise operation, and the lighting effect is subtle: each fan has “one LED ring at the fan’s inlet and another narrow LED ring at the outlet”, according to be quiet!.

Via the press release (linked here):

Light Wing’s light rings are equipped with up to 20 individually addressable LEDs with a diffuser to spread the light in both directions. This results in a remarkably uniform illumination and impressive lighting effects. Light Wing triple packs additionally contain an ARGB hub to enable the synchronization of up to six ARGB components in total. The fans can also be connected to motherboards with 5V ARGB-headers and controlled by motherboard software. Light Wings fans allow daisy-chaining of its signal cables for a cleaner case interior.

Light Wings fans are available in two different versions. The PWM model, equipped with seven fan blades and a rotational speed up to 1,700 rpm (120mm) or 1.500 rpm (140mm) is ideally suited as a case fan thanks to its low operating noise level. The PWM high-speed model with nine fan blades and up to 2,500 rpm (120mm) or 2,200 rpm (140mm) is optimized for use on radiators or heat sinks. The thick frame and the adapted impeller result in shorter fan blades with optimized angles for a balance between volume and performance for both models. The high-quality robust rifle bearing guarantees a long-lasting and trouble-free operation with a long service life of up to 60,000 operating hours. All Light Wings fans have a PWM connector that can intelligently control the rotation speed directly via the motherboard. 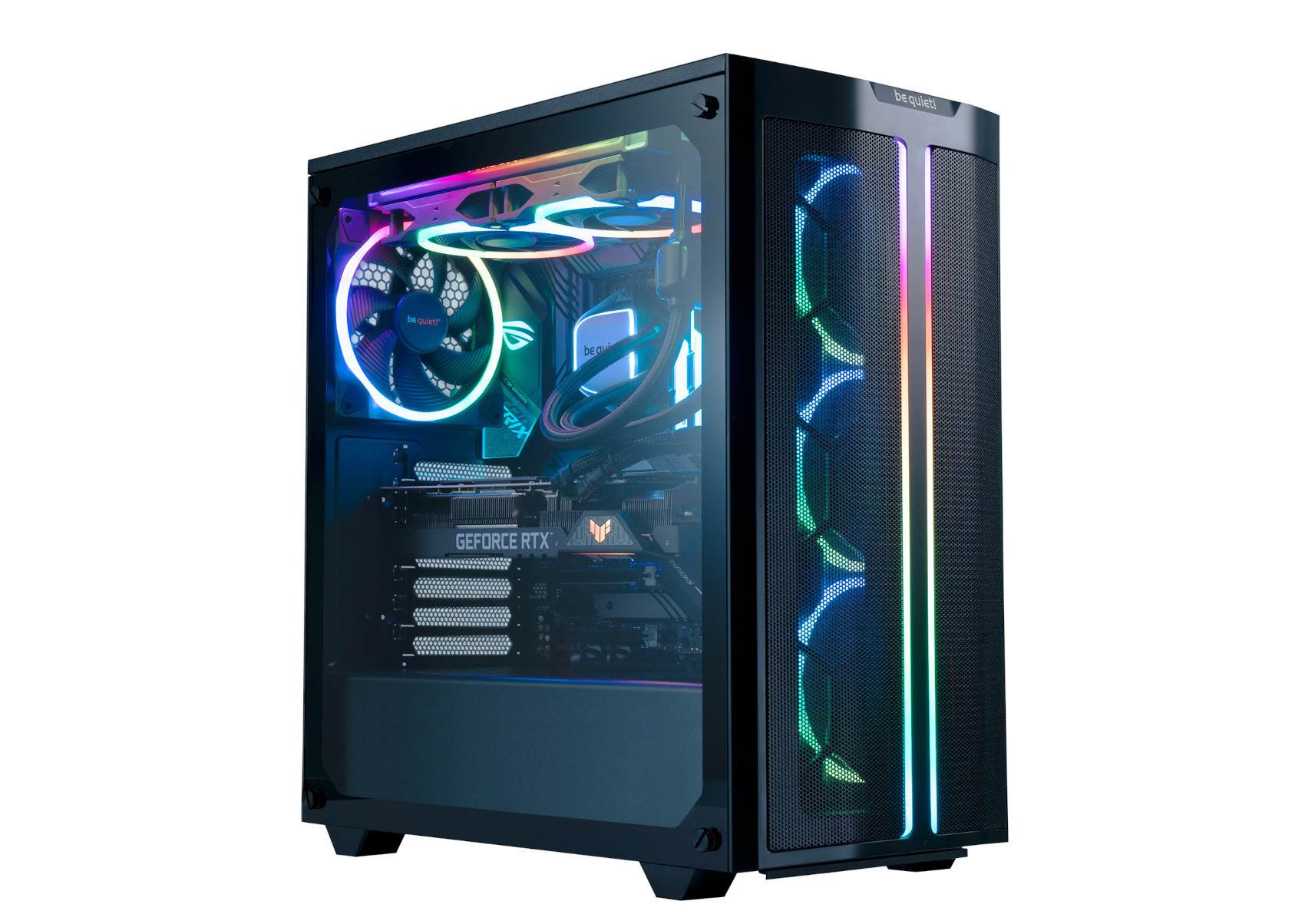 According to be quiet!, the new Light Wings fans will be available for sale beginning on November 23, with suggested retail pricing for the various SKUs as follows:

Stuff a gag in your loud case