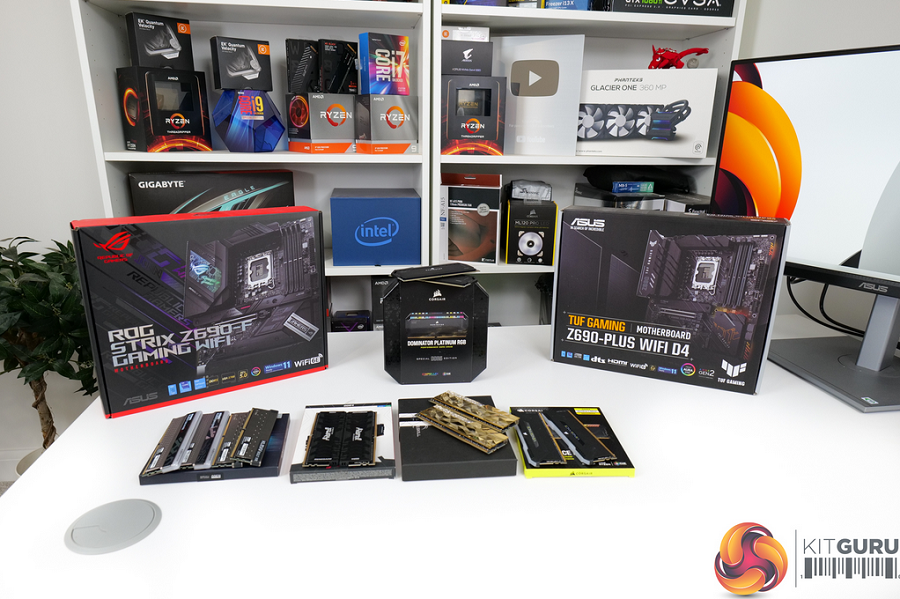 One Little Step For E-Cores, One Big Step For P-Cores

Intel has learned new dance steps and are showing them off today with three members of the all new Alder Lake family, the Core i9-12900K, i7-12700K and i5-12600K.  They are very different beasts from the chips we have become accustomed to, and whether Intel 7 is actually just another + to the long string of their 10nm process or something new doesn’t really matter; it is the new big.LITTLE like design of the Performance cores and Efficient cores which make the difference.

Sebastian tested the new Falcon Northwest Talon system, built around a Core i9-12900K, Kingston FURY DDR5-4800 and an ASUS ROG MAXIMUS Z690 HERO motherboard.  Kitguru did not get a fancy system but they did have a chance to review both the i9-12900K and the i5-12600K.  They also ran another set of tests, which are so far unique to the list and which might be more valuable to some than just raw performance.

If you are curious what the performance difference between DDR4 and DDR5 on an i9-12900K then this is the post for you.  They tested the chip on an ASUS ROG STRIX Z690-F Gaming WiFi which supports DDR5 and an ASUS TUF Gaming Z690-Plus WiFi D4 which supports DDR4.  They tested DDR5-5200 as well as DDR4-3600, 4000 and 4400 to demonstrate the performance difference in benchmarks as well as gaming, to help you decide if you want to be an early adopter.

There are two things to take out of the review apart from the performance numbers.  The first is that DDR5 is young and you should expect it’s performance to improve as it matures, the second is that you need to be very observant when shopping for a Z690 motherboard lest you pick one up with the wrong memory controller!

Intel’s new 12th Gen Alder Lake processors and Z690 platform usher in a raft of new technologies. One of those key updates is a new memory technology to the desktop audience for the first time since 2014; enter DDR5!