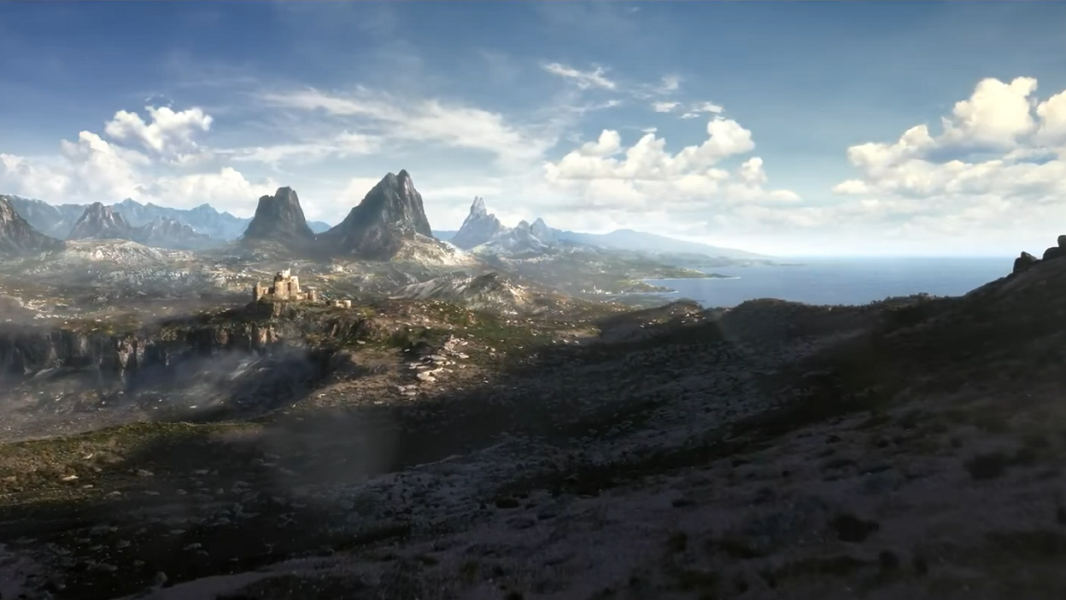 She’ll Be Coming ’round The Mountain When She Comes

The exclusive release of the next Elder Scrolls game shouldn’t come as a surprise after Microsoft purchased Bethesda Softworks’ parent company ZeniMax Media for $7.5 billion back in March.  Playstation owners will likely get it some day, perhaps after an Anniversary Edition is published or merely after a certain amount of time or sales volume.  One detail we definitely don’t know is what platforms the game will be launched on, but it would certainly be tempting for Microsoft to sell it directly to consumers.

The old trailer doesn’t offer much other than a rocky place of high mountains, which could be High Rock except that Iliac Bay was the location of Elder Scrolls 2: Daggerfall and there is a glaring lack of any sign of the the Adamantine Tower.  The same goes for Hammerfell, as Iliac Bay lies in between those two Red Guard areas and is accessible for players of the Elder Scrolls Online.  Then again, how many people actually remember Daggerfall or play ESO?

One outside possibilty is Akavir, the mysterious other continent of Tamriel.  There is very little known about it, apart from the Kamal Ice Demons that thaw out once a year to beat on the Tang Mo, and there are some rather nasty vampiric snake people called Tsaesci slithering around.  The in game lore talks about a few invasions between the two continents, none of which worked out well for the invaders so it is not impossible, but seems the least likely of the other possibilities.

When Microsoft bought Bethesda last year, it raised questions about which consoles their future games would end up on. It's not a huge drama for us in PC land, Microsoft already offer most of their new stuff to us and the Xbox lot.