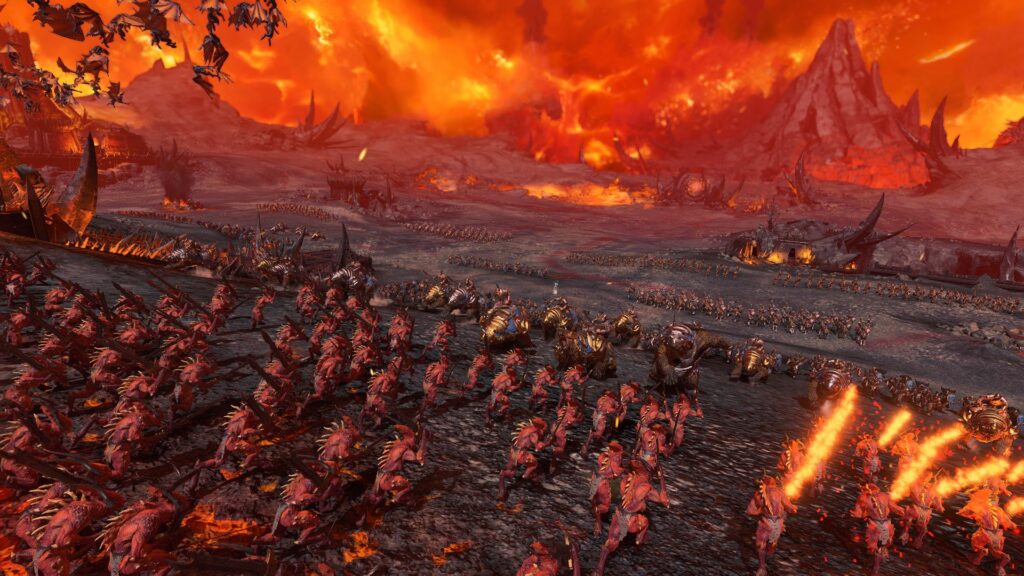 At Least According To One Of Kairos Fateweaver’s Heads

Creative Assembly have come up with an interesting compromise for the current state of the game market with the release of Total War Warhammer 3.  To satiate those who insist on pre-ordering the Ogre Kingdoms DLC will be free when it arrives, however for those who cling to at least a bit of sanity that also stands true for those who buy the game within a week of the launch of the main game.   As well, for those preferring a subscription model, the game will drop on Xbox Game Pass For PC on launch day, but lacking the deal on the Ogre Kingdoms.

This fits with CA’s previous take on this series of games, as Warhammer 3 can be played stand alone or combined with the maps and races from Warhammer 1 and 2.  The game will have some differences, for one thing sieges have been completely reworked to make assaults far more interesting.   When attackers launch an assault the defenders will now have multiple fall back positions, similar to what we saw in the old Medieval games, so a quick rush is not going to work out so well.  In addition defenders also get build points now, to erect barricades, towers and other temporary defences to slow attackers and there will be more elevated areas to let your missile troops rain fire down upon trespassers.

We also got a short movie setting the scene for the Ogre Kingdoms; no details nor game footage but certainly a lot of impressive consumption.  Rock, Paper, SHOTGUN has posted that trailer along with a collection of all we know of the changes you will see in Warhammer 3 as well as the bits CA has spilled about Kislev, Khorne, Tzeentch and Grand Cathay.

For main course, folks who buy it within a week of launch will get the Ogre Kingdoms DLC for free. And for dessert, it will be in Xbox Game Pass For PC. A fair meal, there. But here, come meet the Ogres in this new trailer below.